Continuing with my Collected Classics Wishlist, here is another collection I'd like to see from Marvel - a collection of all the bronze age appearances by The Liberty Legion. 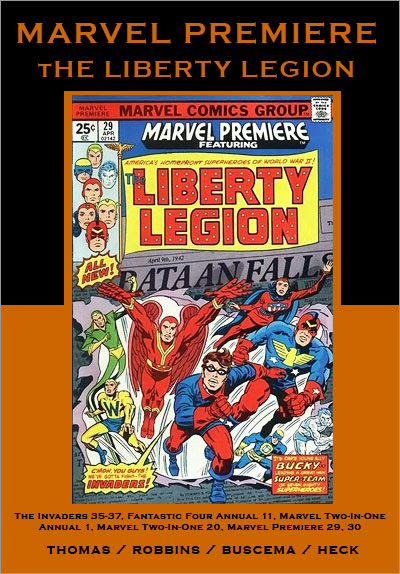 The Liberty Legion was a sort of retconned superteam of existing Marvel Golden Age heroes who first appeared in the Invaders and then later made guest appearances in Marvel Two In One. They ended their bronze age career with two issues of Marvel Premiere. My wish would be to collect all their bronze age appearances (adding Fantastic Four Annual 11 as it ties into their appearance in Marvel Two In One Annual 1) 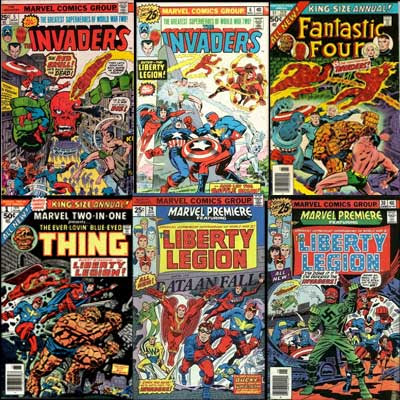 While I've never read the actual history of how the Liberty Legion went from the pages of the Invaders to appearing in Marvel Premiere, I've always assumed they were championed by Roy Thomas whose love for Golden Age heroes is well known. I suspect the seeds for this team were first planted in Thomas' mind with the resolution of the Kree-Skull War, and the Invaders gave Thomas the stage to play the idea out fully. The team consisted of:

For the most part, after the Marvel Premiere issues, the heroes were forgotten. However, the Whizzer appeared in Avengers Annual 6 and from then on had a short recurring role in the title before retiring after a humbling defeat at the hands of Count Nefaria. 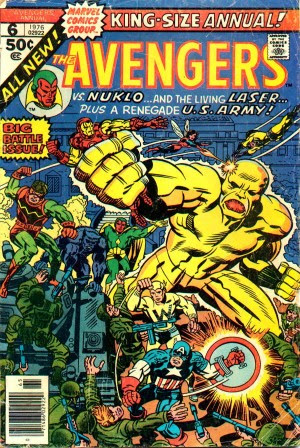 In the 90's they made a brief reappearance in an Invaders mini-series which was pretty bad, so the less said about that the better.

Later, one of their members The Thin Man appeared in the short lived New Invaders series which was published in 2005.

Most recently, Miss Marvel and The Whizzer appeared in the 70th Anniversary edition of the All Winners. 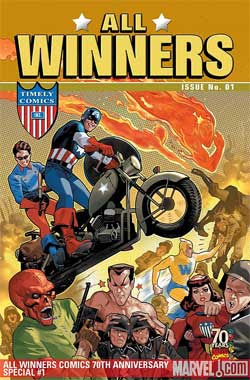 Also, and my memory is failing me, but I'm pretty sure at least one of their members (The Patriot) also appeared in The Twelve one-shot that came out recently called Spearhead.

Part of me would love to see something new with the Liberty Legion, but after the gloomy mess that was JMS' The Twelve, I'm a little hesitant to see what Marvel would do with such a concept.

I like the Liberty Legion, too. Or at least the idea of it. I would also agree The Twelve has wound up being so of a mess, but I would disagree that gloom had anything to do with it. I'm not sure sunshine and rainbows would be the realistic version of golden age heroes with there Nazi-smashing and casual violence waking up in our era.

I always thought the Liberty Legion first appeared in Marvel Premiere, since it was a sort of origin story for them.

I am going to get one of the series of those comics to enjoy my free time from dissertation writing services work. Because these series are really best and everyone like to watch it for their time pass.