How Do You Write? Part 2 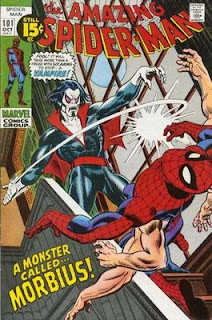 Last week I mentioned that while Pierre is working on a new animation project, that I would be taking over the Wednesday posts for a bit. So, in true Jim Shelley form, I turned my first Wednesday post was a question to the readers of this blog about how do you write?

I got several excellent responses from Caine, Jason Wright, Kevin H and Pierre. Thank you guys for responding!

Today, I’ll give my response to the question - something I’ve been putting off for a while much to the chagrin of the people who originally asked me the question I’m sure. :\

To be honest, I find writing brutally hard. Or rather the beginning of a project.

I’m not talking about the ethereal idea stage, where you mentally bat concepts around in your head - no, that part is easy. And fun.

What I find hard is the process of putting the ideas into a concrete form on paper. For with every word, as you define your character or world, you slowly cut off all the other possibilities you may have been considering. And that’s painful.

To help with this process, I try very hard to have a vision or vibe for my story this helps me wean out ideas that don’t fit.

For instance - with Butterfly - Pierre wanted a vampire for the League of Monsters.

Now Vampire is one of my Manchurian Candidate words, in that my knee jerk reaction is to think of the endless legion of Anne Rice (in the past, and now Laurell K. Hamilton) imitators flooding the market with faux cool vampires in leather jackets and unconvincing angst. I’m sure Twilight is great, but it’s not for me.

So when Pierre asked me to come up with a Vampire character, I was truly at a loss. So what I did, was think back to the last really cool/novel Vampire I had seen in comics. And that character was the 70’s Morbius from Marvel Comics.

Now at this point, I could have just copied Morbius and been done with it, but then the character would just have been a lifeless copy. What I need to do to truly make the character my own was to distill the elements that made Morbius cool to me and combine them with what I thought might be a novel approach to the vampire concept that would fit in the Flashback Universe.

I think by and large, I was successful with this approach as Butterfly is by far my most popular character (based on downloads of her backstory and fan art I receive).

So, to sum up here, for me writing works like this:

Usually, once you’ve done this, sitting down to actually write is a little easier, but not always. I’ve got some tricks to help with that, which I will share in another column.


NOTE: Today's post is way late because I'm at my In-Laws house and using their internet connection is incredibly unreliable. No idea what Friday will bring.
Posted by Jim Shelley at 9:59 AM

do you have the captcha option set up in your admin settings so you stop getting the spam comments?

normal and vampire version are definitely my favorites of the characters created.

my question, what were the elements of Morbius that you liked and how much got transferred or mutated when you did butterfly?

@Russellmz - Yeah, I had the captcha option set on my posts, but for some reason, they seem to have found a way around it on this post (and thankfully only this post.)

As to your question - I think I'd like to answer that at length and make another post out of it because in trying to answer it, I realized it was more complicated than I thought. :)