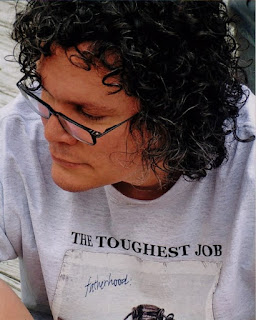 Jim Shelley, the founder and primary writer of this blog, died last Sunday, January 8th. He was a little over a month shy of his 59th birthday.

He had been battling colon cancer for 8 years. It was enough time for him to publish two Northstars graphic novels he co-wrote with his daughter, to teach that daughter how to drive, and see her get her license. Time enough to play in D&D campaign and assist his wife in publishing a D&D adventure. Time enough to co-host 15 episodes of a Bronze Age comics podcast. Time enough to watch most of the episodes in the 4 seasons of Wild Wild West and blog about it.

Time enough for those things and more. More time than Jim expected to have, really.

But not nearly enough time. Not for his friends and family.

Anyone who has been a follower of this blog knows that Jim was a creative person. What's perhaps less apparent is that Jim had a real fondness for fostering creativity in others. On Facebook, comics writer Chad Bowers noted that he probably wouldn't have had a comics career if Jim hadn't pushed him to take a story to publishers. I know I wouldn't have been blogging for 13 years or have authored 5 rpg books without Jim's encouragement and help. Jim was a creator, sure, but he also just liked to see things get created.

There were other projects he and I started together that we never got to finish. In the end, there wasn't enough time.

Jim hadn't been blogging much for a while. Some of that was him losing interest in the original concept of the blog, and the rest was his illness. A few weeks before his death, we talked about this blog. I told him I would write a post after he was gone, which he whole-heartedly approved of. I also told him I would try to keep it alive in some way, at least to the extent it had been in recent years. He was happy with that, too.

Back in 2008, Jim wrote a memorial to his older sister Carter who had recently passed. I'm going to echo his closing in that post here: These past few days, I have had a lot of time to think about what having Jim as a friend meant to me and to see others say what he meant to them. A short post can't really express it. But I thought I'd let you know what a great person Jim was.