Free Christmas Comic from the FBU


Today, I'm happy to present this downloadable holiday comic which was created for the Woolworth's stores in 1953. (Click on the link under the cover.) 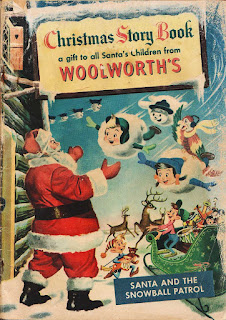 Will 2016 Be The Worst Year for Comics Ever?

I once predicted that 2015 would be the year the paper comic industry collapsed.
I was quite wrong about that.
And while there were a number of factors that contributed to my faulty prediction, there are also some signs that I may be more right than it seems. 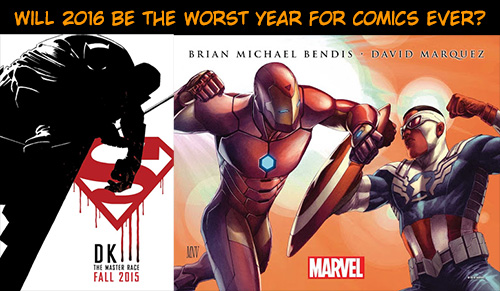 One of the many things I didn't think about was that digital would help comic sales more than it cannibalized them. I don't believe anyone saw that coming so I don't feel too bad. It is interesting as this boost has not been seen in the traditional publishing world. I suspect it's because comic fans are more inclined to want a physical object than just regular book readers. (Romance fans, who make up a large portion of the traditional book market have migrated to digital in huge numbers.)

Also, I didn't foresee the dramatic influx of fans that cosplay has brought in. 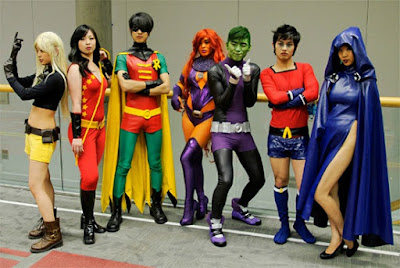 That's been a great thing to see. In talking with Noelle Stevenson this weekend at Punk Monkey comics, we both agreed that the vibe at conventions is definitely a more open environment than it was 10 or 20 years ago. That openness has brought in an audience for books like Lumberjanes, Princeless and Batgirl.  Where Castle Waiting struggled to find a sustainable readership 10 years ago, I suspect now such a book would be quite successful

Also, while the movies and shows may not have a  one to one effect on sales, (excluding Walking Dead) they have definitely raised the cool cachet of comics that any nerd factor sales barriers have been virtually erased. I bet that has helped first time walk in sales at local comic shops a lot.

With that said what will the next year bring?
Well despite all the things I've just mentioned, I think the big two are actually in for a rocky year.

DC has already seen one new sales initiative fail (and fast) with no exciting plan B in the wings. Attempts to duplicate Batgirl's success didn't take hold (mostly I believe because duplicating such things is always difficult - how many Harry Potter clones failed?) 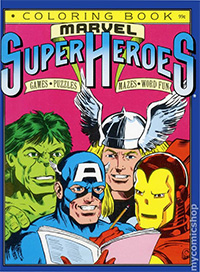 And Marvel's All New All Different sales relaunch after Secret Wars isn't looking too good. And I hear a lot of fans saying the core titles have the narrative weight of a Marvel coloring book as the stories don't seem connected to a shared continuity.

And just last week, two articles that laid suggested this latest initiative has been a bit of a failure:

Brian Hibbs: Trouble on the Horizon

Todd Allen: Marvel Stumbling Out of the Gate

We've already seen one big sales dip this year. Was that a fluke or the real base of sales when there's no Secret Wars or Marvel Now 3.0  raising sales? How much will Dark Knight III and Civil War 2 really help both companies? 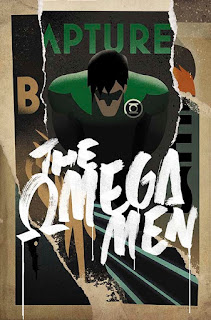 In discussing this topic with friend Trey Causey, we sort of agreed that part of the problem is the industry is chasing the ghost of a marketplace that may not exist anymore. That is to say that when you look at independent comics from Image, the success threshold is much lower. Image comics are allowed more time to try to find an audience. Conversely, DC seemed to throw in the towel on their DC You initiative too quickly. It was only due to a good bit of fan outcry that this latest version of Omega Men didn't get cancelled.

Trey suggested that small creative industry solutions to DC's and Marvel's woes (like lowering expectations ) are stymied by the fact they are both owned by big corporations who (perhaps unrealistically) expect certain levels of performance. If so, then both companies are sort of trapped in a death spiral.

The 2nd Batman vs Superman Trailer 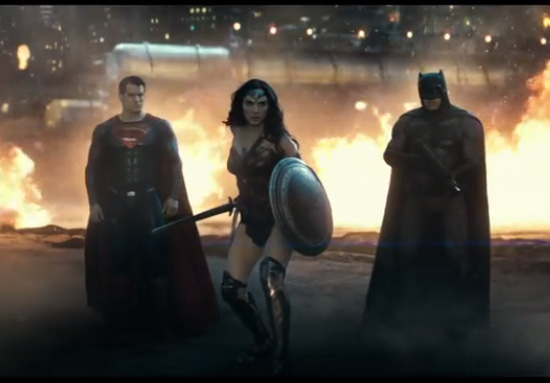 Here's the water cooler talk from the Flashback Universe:


That's what we thought.

What did YOU think?