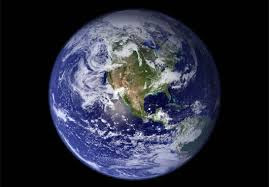 We all know or can name at least one great fictional world built for our favorite characters to live and interact within: The Rebellion using the force against the Empire (Star Wars), Middle Earth (Tolkien), The Matrix (The Matrix, Johny Mnemonic), 007 (James Bond with his license to kill), and many more.

Those are major examples, often created by multiple participants over years and years of product releases (Novels, Comics, Games, Movies etc etc). Some are game changers paving the way for nearly everything that may come after them (Middle Earth), while others are more archetypal (Star Wars) and while they are fantastic worlds filled with amazing characters the core elements are not all that new.

Those listed aren't the only examples, in fact I'd argue that there are ten times as many smaller fictional worlds built for every single large fictional world that everyone all ready knows by name.

When ever you write a piece of fiction you indulge in at least some world building. You may not even realize your doing it: such as making up a couple of fictional streets or re-naming a building or two that your story can take place in. Sure it's slight, but it's still world building.

We indulge in world building here at Flashback Universe, each of the FBU Zuda Pitches existed in their own worlds, and all of the FBU characters exist in a particular shared world of Jim's design. 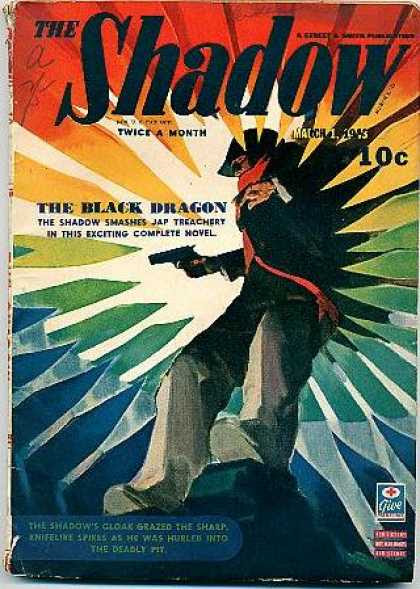 I'm in the process of creating a new fictional world now. I'm writing an e-book (or two), a bit of a departure from comic books for sure but I'm enjoying it, and my goal will be to have it read like an adventure pulp magazine of old (like The Shadow, The Spider, and Doc Savage before it) with just enough illustrations inside to allow the reader to get a picture of what the world looks and feels like (hopefully showing it's comic book roots as well).

Since I began world building for my self, this project as well as others, I've began studying how other authors build their fictional worlds and just how much details go into them. There are both good and bad fiction that come from both fictional worlds designed with immense detail and those that are not.

I'm intrigued by what I'll call gray worlds (because 'generic' doesn't really fit and has a negative critical feel to it). Maybe it's a lack of skill or motivation on the creators part, but I'd like to think that setting your characters in a gray world is done on purpose as a choice. 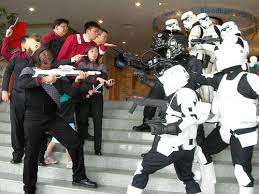 The fictional world that Firefly plays out in isn't anywhere near as huge. While it's still scifi where there are many colonized planets in our one solar system everyone you run into (until the movie Serenity) is a human and there are really only two government bodies to speak of clashing with one another.

Joss Whedon (creator of Firefly, Buffy, Angel, & Doll House) could have filled the Firefly universe with alien species and crafts, completely different cultures, advanced weapons and more but he didn't need to. In point of fact Firefly is supposed to take place in a little more primitive of a world and it works, but it also benefits from the larger worlds of it's predecessors regardless if its even intended or not.

Whether Whedon wants us to or not he knows that scifi fans enjoy the genre and will make certain leaps of logic, based on the scifi genre as a whole, when neccissary while watching his show. Hoban "Wash" Washburne (Serenity's pilot) and Kaywinnit Lee "Kaylee" Frye (Serenity's mechanic) never get into any of the legendary heavy tech talk that we experience on Star Trek.

While there are ship and engine troubles all the time there's never really any talk of warp coils, sub space, plasma injectors, data gel packs, or any of the really intricate technology dialog you find in Star Trek and Star Wars.

Firefly is still scifi with space ships, blasters, and colonists. The ships in the Firefly universe still travel from world to world through space. The cultures in the Firefly universe still clash. All of that can, and does, happen on a smaller scale without the need for an explanation regarding every gadget held by a character or terminology uttered by an actor on the engineering stage.

Why? perhaps it's because Whedon knows that it's all ready out there. Chances are, if your a fan of Firefly then you're probably a fan of Star Wars, Star Trek and Battlestar Galactica. As a fan you have a built in repository of scifi related knowledge that you can apply to anything that isn't fully explained to you as the viewer.

There are countless examples of Fantasy fictional worlds with not much more character development than titles given to characters in the stories such as "Ranger", "Wizard", or "Elf". We know what these are and can apply them instantly upon hearing the title relying on that genre repository again (fantasy this time).

A third and final example would be Splinter Cell where Sam Fisher, who is an operative for Third Echelon, a secret branch of the NSA isn't (in the first game at least) characterized by much more than the word "operative" and the stealth suit he wears covered with weapons and gear. We don't need to know much more about him because of characters like James Bond and Jason Bourne who have come before him.

I actually like reading stories that take place in gray fictional worlds because I get to decide what kind of logic leap I'm going to make and which genre source I'll leap to. When I'm listening to the podcast: Deck Gibson and the Far Reach Commanders (stories told in the vein of Buck Rogers and Flash Gordon) I get to decide how the unexplained elements play out in my

head, making it a bit more of an interactive story for me as the reader/ listener.

Is 'control', the mysterious voice that shares Deck's life on board his far reach star ship a hologram? An A.I.? An Alien creature? A figment of Deck's imagination? This fact is never confirmed in the small series of podcasts. If she's a hologram then I immediately leap to Star Trek and can remember some information I've picked up while watching STNG regarding photons and data matrix's. If she's an alien creature then I get to let my imagination run loose thinking about what kind of being she is while Deck Gibson is blasting and killing in the podcast.

Matt Wallace (the creator of Deck Gibson) doesn't need to stop the action in the story in order to explain it to the reader, in fact in some cases I'd be willing to bet authors choose not to on purpose expecting their intelligent fan base to make any logic leap they choose to so that they understand and move on.

That's how I consume genre pieces (read, listen etc) and that's how I'm writing them as well.
Posted by Caine at 1:22 AM

While I very much enjoy a well thought out setting, I don't really enjoy setting-driven stories that much.

Because character is the greater priority for me as a viewer and that's really what I want to follow.

@Matt, Yeah, I tend to feel the character is the part that makes or breaks a story as well. I think one of the reasons I've never been that big on Lord of the Rings is I find the characters a little hard to relate to (compared to a character in a modern novel)

Matt, when you get a second, would you email me at jimshelley@gmail.com

With the LOTR novels it's not only setting driven but the author is so painstakingly describing the setting that for me it was just kind of slowed everything to a crawl. With the movies I just wanted to follow the story with Aragorn more than I did what was going on with the Hobbits.

Oh, and that email is now sent.