Gilligan's Island, one of my favorite television shows growing up, while not a comic book series,  had many aspects that would make it appealing to comic readers (much in the same way Scooby Doo did, but that will be another post.)

For one thing, the characters were identifiable as archetypes because of their rarely changing clothes. (I think only the Howells, Ginger and Mary Ann got to change clothes. Gilligan, Skipper and The Professor were almost always in the same clothes. Also, each character had some sort of unique skill or gimmick that helped them function as a team. And like many comics at the time, there was a one and done feel to each episode, but the bigger question of will they they escape the island? always lingered in the background -  like a good comic book subplot.

There was also the element of the fantastic in the series, whether it was robots, giant spiders, mysterious spies or strange meteors. Where the series really stepped out of the box of normal comedy shows was in its use of Dream episodes. Yeah, the Brady Bunch or Dick Van Dyke may have had one or two dream episodes, but they were usually subdued versions of the regular show with one minor plot twist (like Dick Van Dyke's It May Look Like A Walnut episode.)

So today, allow me to refresh your memory with a rundown of all the Gilligan Island Dream episodes: 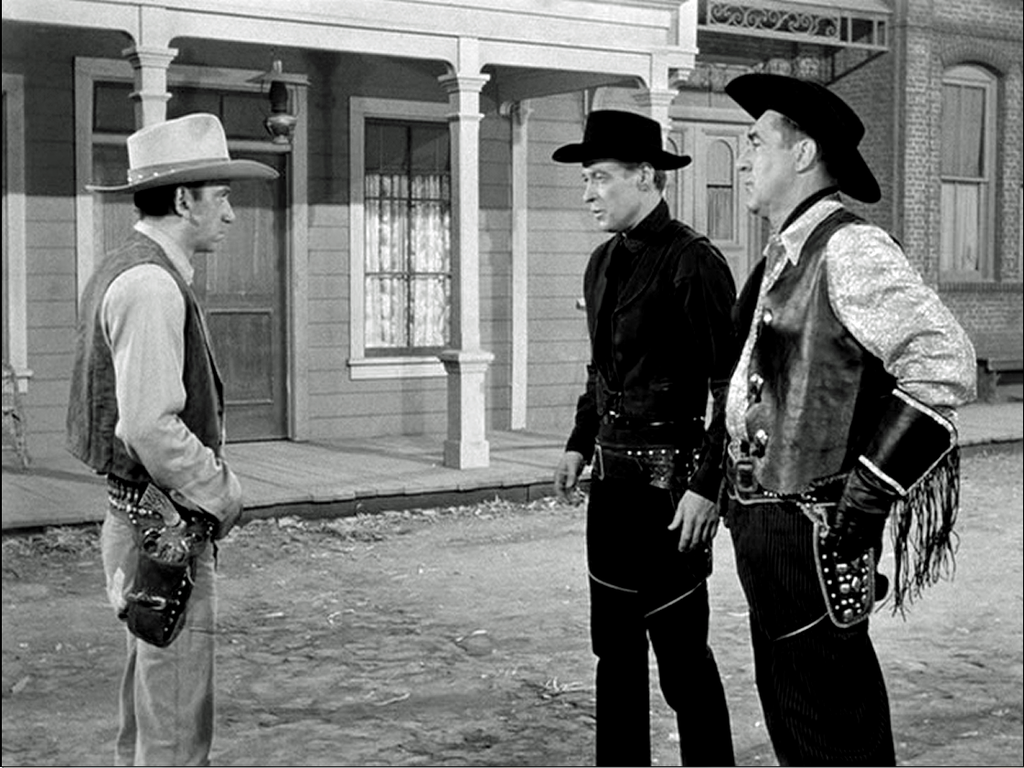 The plot center's around Gilligan's desire to protect a pet duck. This leads to Gilligan imagining himself in a high noonish Western setting. This is the only alternate set dream episode of the first season which may be due to budget constraints or writers unsure how dream episodes would be received by the producers. (Going with a western themed one was a safe bet as Westerns still had a good bit of popularity on television at this time.)

Note: There is some dreaming in episode 20, St. Gilligan and the Dragon , but it doesn't involve an alternate set or new costumes for any of the characters, so it just gets a honorable mention here. 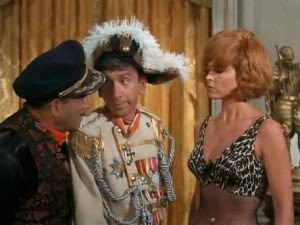 Tempted by a foreign dictator's offer to become a puppet leader, Gilligan dreams about being the ruler of a small country.  This is interesting as it says something about what American's readily accepted as life in small, foreign countries at the time. (Mission Impossible had similar themes .) 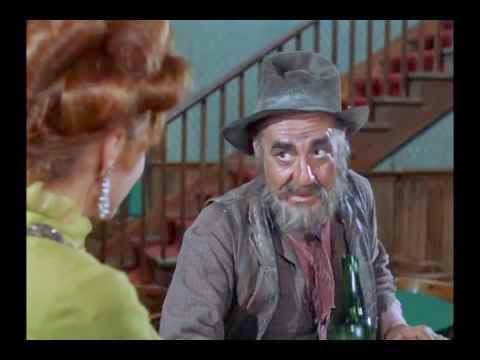 This dream comes from Mr. Howell who adopts Gilligan when he finds himself the owner of a winning lottery ticket. In the dream Mr. Howell has struck it rich with a gold strike and gets treated like a king until he can't find paper certifying his claim on the gold mine. 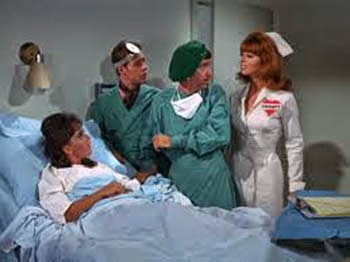 An attempt by Gilligan, Skipper and the Professor to give Mary Ann more attention leads to her having a dream where they are all doctors treating her for a fatal disease. I suspect this episode was inspired by Dr. Kildare which was popular at the time. The title, I believe, is a play on the James M. Cain book The Postman Always Rings Twice 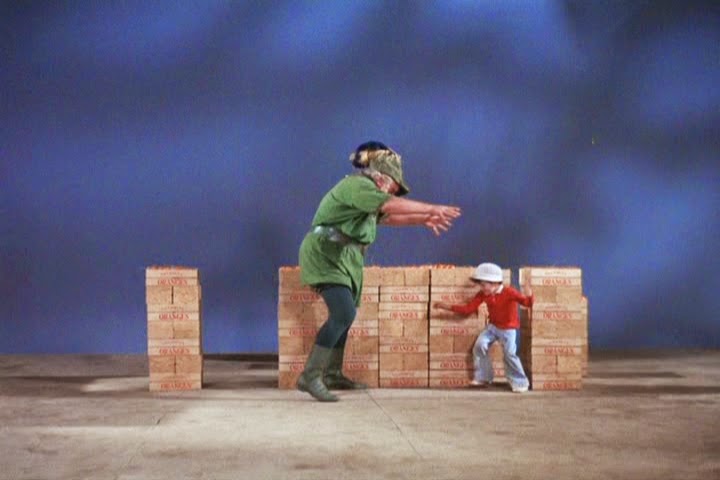 A shortage in vitamins leads Gilligan to become the sole protector of the last orange on the island (and the precious seeds within.) This causes him to have a Jack and the Beanstalk dream with Bob Denver's 6 year old son Patrick playing Jack in the scenes with the Giant Alan Hale Jr..

When a meteor crashes on the island, the professor scares the bejeezus out of everyone with radiation warnings. Gilligan then proceeds to have a dream where everyone has aged. 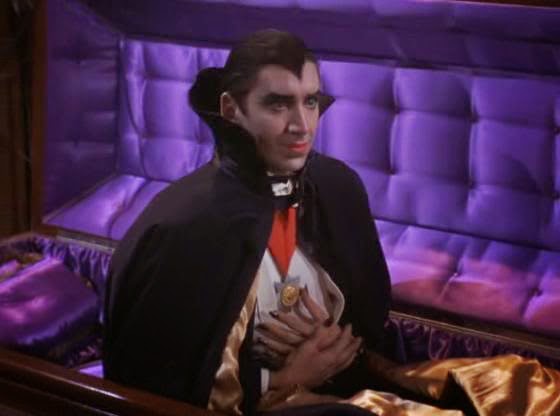 Having been bit by what he thinks is a vampire bat, Gilligan  dreams he's become a Vampire.There is also a nice bit with the Professor and the Skipper as Sherlock Holmes and Dr. Watson. 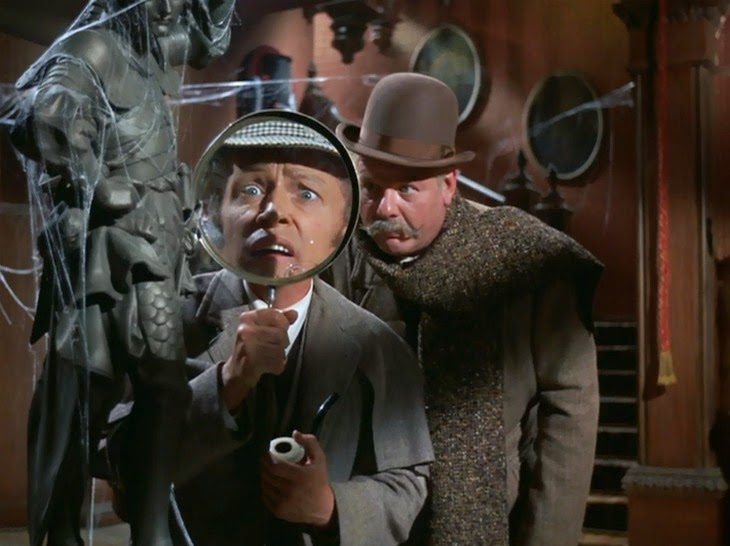 This is seems to be one of the first episodes where the dream sequence seems to have been the whole point of the episode based on the length of the sequence and the various set changes involved. As a result, it's one of the more memorable episodes. 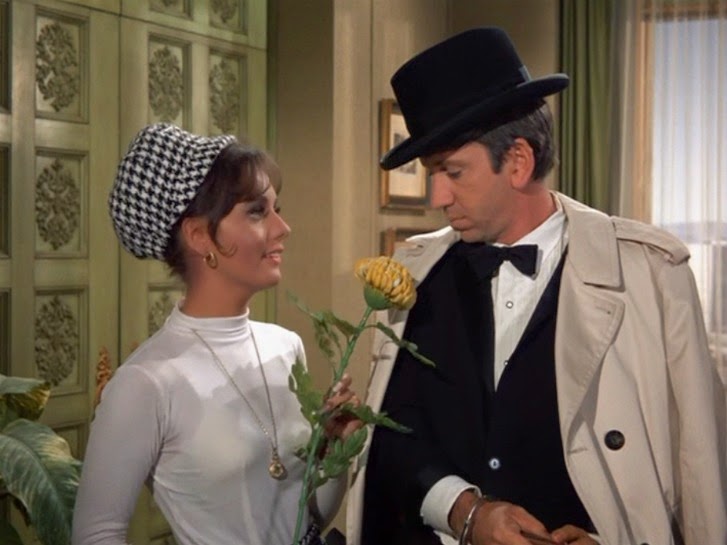 Gilligan finds himself handcuffed to a top secret military briefcase. This leads him to dream about life as a spy in a James Bondian setup with Mr. Howell showing up as a bald headed Ernst Blofeld homage. 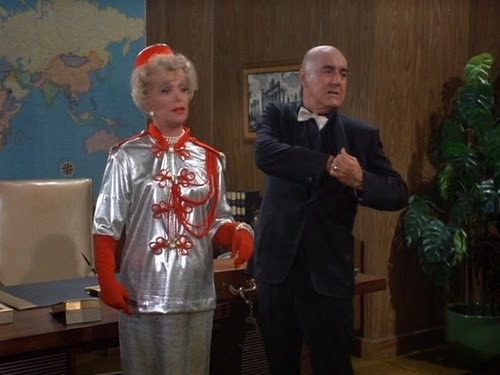 This dream, like The Vampire dream sequence is one of the best because of the time spent on it. It's obvious it was the focus of the episode.

This episode combines not one, but several literally references. The first is the classic Ten Little Indians by Agatha Christie. In this case, one by one, the castaways are disappearing from the island and Gilligan seems to be the only connecting link. Because of this, he starts to wonder if he's becoming some sort of maniac. This leads him to have a dream in which he becomes a Jeckyll & Hyde like character in a Victorian court room drama. 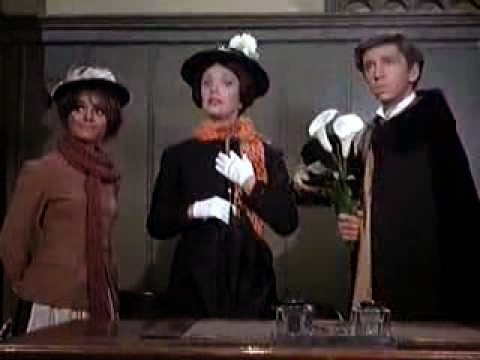 A couple of other Victorian homages in this episode are Mary Ann as  Eliza Doolittle and Mrs. Howell as Mary Poppins. 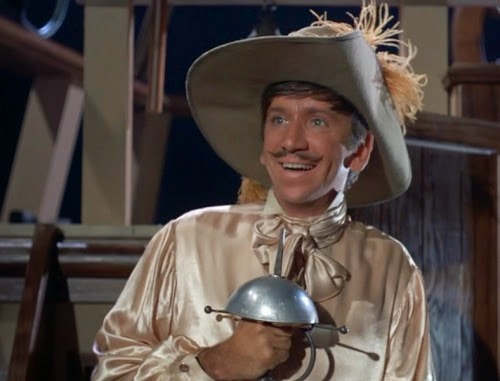 This is one of the more dramatic episodes of the series as it presents the idea that the shipwreck may have been the Skipper's fault. As it turns out, Gilligan appears to really be at fault for not properly tying the anchor to the ship. Guilt causes Gilligan to have a fitful dream about pirates. When he wakes up, it's revealed that neither the Skipper or Gilligan were responsible for the shipwreck because they were given the wrong weather forecast for that day. 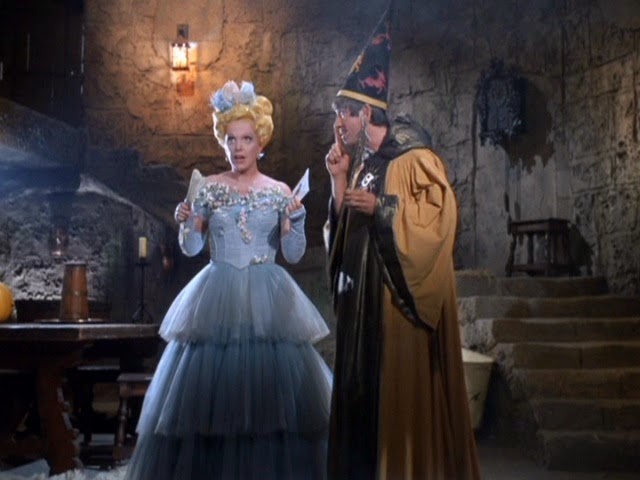 In this episode, an attempt by Mr. Howell to boost the spirits of his wife with secret admirer letters backfires. The result is Ms. Howell has a dream in which she is Cinderella and Mary Ann and Ginger are the evil stepsisters. 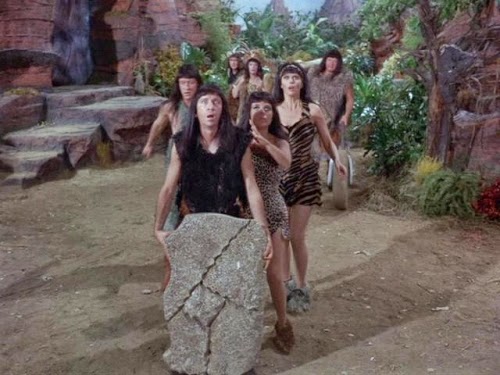 Finding a Stone Age tablet with a map on it, the castaways believe they have found a way off the island. The ancient map inspires Gilligan to dream of everyone as they might have been if they had been born in prehistoric times.

Synopsis: Many fans of the series do not like the dream episodes and see them as a gimmicky filler that takes away from the main theme of the series. I can empathize with them, but wholeheartedly disagree. To me, the dream sequences allowed the actors to often stretch their thespian legs. As mentioned above, several episodes had the actors playing different character types altogether which is something you rarely saw on comedy shows. I would actually like to see the gimmick employed more often on comedy shows.

Now, I have to ask commenters: Did you have a favorite Gilligan's Island episode?

Well, you referenced two of my favorite shows growing up: Gilligan's Island and Scooby Doo. What surprises me, unlike so many shows of my youth, I still enjoy the originals as much as a kid. The humor still works for me and I catch things I didn't before:

on finding a one-man Japanese sub
Skipper: I haven't seen one of these since the War!
Gilligan: Which one is it? The Monitor or the Merrimac?
Skipper: Not the Civil War!

As a kid, I wouldn't have known those were the names of the two prominent ironclad Battleships of the Civil War. I was a teen when I first learned about them at an exhibit at the Maritime Museum in Beaufort.

Then there was the quote used after the death of Alan Hale, shortly after the death of Jim Backus. The two are dressed up in costumes, the Skipper in Western gear:
The Skipper: I always wanted to become a cowboy.
Thurston Howell III: Somewhere, there's a horse that's glad you didn't.

Of course, Alan Hale had an extensive career playing in Westerns prior to Gilligan's Island.

Lastly, the name of my Irish pub trivia group was the Thirsty Howell the Thirds :)

Ed, are you from or near Beaufort?
I'm from Columbia is why I'm asking.

I want to do a Scooby Doo post but I'm trying to think of something new to say about the series.

A couple hours away from Beaufort, NC. I'm currently in Greensboro, NC, which is a pretty good central location. A few hours in any direction will take you somewhere interesting.

We should try to meet up at Heroescon! I would like to meet you in person and you can sign my copy of the Quality Companion!

Thanks for that trip down memory lane. Gilligan's Island and the Three Stooges were my babysitters after school in the 70's. I almost fogot about the dream sequences although I do remember the skipper dressed as an old lady spy and talking to her soup. I have to find these episodes!

I had completely forgotten the episode "And Then There Were None"!

Comedy seems especially well-suited to make use of the dream sequence, and yet it was so out of favor that by the time "Roseanne" did it a couple of times in the '90s (including one "Gilligan's Island" episode), you had to EXPLAIN to people what those episodes were riffing on.

I wonder if the next generation of TV writers had it beaten out of them in middle-school composition classes, where dream sequences are usually verboten.