This week the first issue of Jeff Parker and Ken Hill's Gorilla Man came out. This series is being marketed as a Spin-off of the Agent's of Atlas series, which begs the question:  Who is green lighting these Agents of Atlas comics, and why? 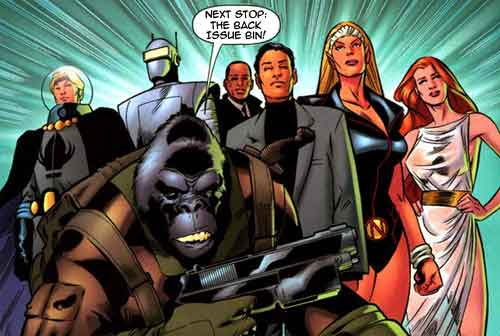 Don't get me wrong - I love the first limited series featuring these characters. I consider the hardback collection one of the best hardcovers I own, what with all the extra golden age comics included in it.

And like a few of you I suspect, the old What If story where the characters originated is one of my favorite What-Ifs (from volume 1 of the series. Volume 2 of What If seemed to focus too much on what was going on at that moment in the Marvel Universe to my taste.) 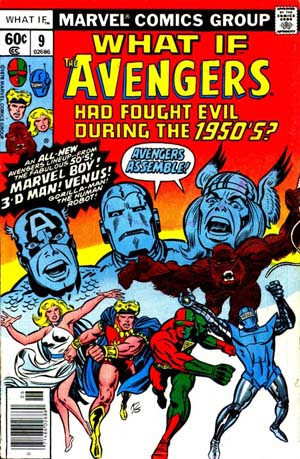 The old What If was partly responsible for introducing me to the wonders of the Golden Age Marvel universe. It even made the 3D Man seem a little cooler (though I now *get* that he was a tip of the hat to the Golden Age Daredevil)

So why do I question the decision to make a Gorilla Man comic? Well, the sales numbers on the Atlas comics just don't seem to suggest it is a good idea. From ComicsBeat, here are the past sales for Agents of Atlas and all it's incarnations:

05/10 Atlas #1 - 22,756 (+52.7%)
This latest series (with the help of 2 variant covers) was only able to get 22K sales with its first issue. And that's after they (theoretically) got more exposure with the help of the X-men and Avengers minis. I can sort of see how Marvel might think launching a new Atlas title makes sense, but it seems like they may have jumped the gun on making a spin off title.

Part of me wonders if maybe bringing the Agent's of Atlas into the Modern Marvel Universe was a bad idea? If they had kept them in the 50's, it would have made the series more unique. Now they are just super-team number 78 taking their place beside The Order, Next Wave, SWORD and Runaways (all different in style and tone, but still just more heroes in an already crowded universe.) I think this is where the concept got fugged up.

For those of you interested in the question of How Was Gorilla-Man?

Well...if this is the sort of thing you like: 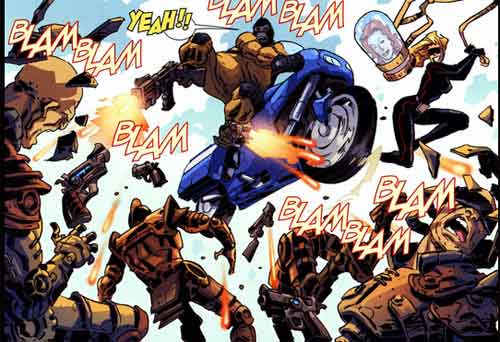 ...then this is the sort of thing you will like.

Anyway, after envoking his name while talking about 3D Man, it seems only fair that todays Free Comics be two issues of the Golden Age Daredevil!

Even more odd is that in the bookstore I work at we got in a magazine that is a companion to the regular Spider-Man mag called Heroic Age Magazine which has a slick reprint of 3-D Man's origin story from by Roy Thomas complete with a really well done new color job.

I've heard that the latest Atlas series has also been cancelled, or at least writer Jeff Parker decided to discontinue the series. Seeing as how it's not really a high seller, I don't think Marvel would disagree with him.

@MattComix - which bookstore is that? I'd like to see that because I never got the read part 2 of the Roy Thomas story back in the day.

@Reno - yeah, unfortunately I heard the same thing. I think it's really one of those type of projects that doesn't really connect with the majority of people reading Marvel comics today. If it were an Image book, it would have survived a good bit longer.

@Jim Shelley- Barnes & Noble. Keep in mind it's a full size magazine not a standard floppy.

It should be in the same area of the newsstand where they keep Wizard.