Recently, while poking around Digital Comics Museum, I discovered their list of Top Rated comics. Checking out the list, I realized, the ratings were based on mostly scan quality and not comic content (story and art.)

This got me to thinking - what do I consider to be my Ten Favorite Public Domain comics? While I can answer without hesitation on my all time favorite (Marvel Family 10) I had a harder time coming up with a full list of ten. So, I changed the parameters of my mental search a bit and here are the ten I picked.

If you missed these issues when I first posted them, each title is a link to the original Free Comic Mondays posts where you can download them. 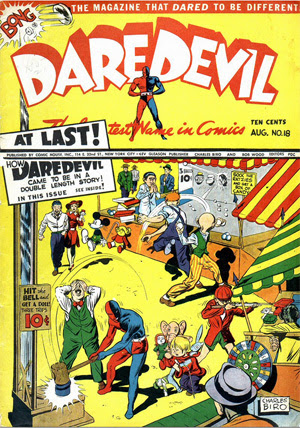 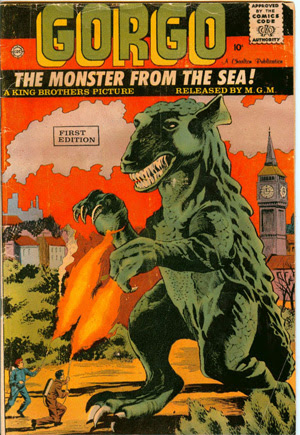 This Steve Ditko drawn issue is based off the King Brothers movie by the same name and as such, the pacing and plot are top notch. Later issues would be of lesser quality. 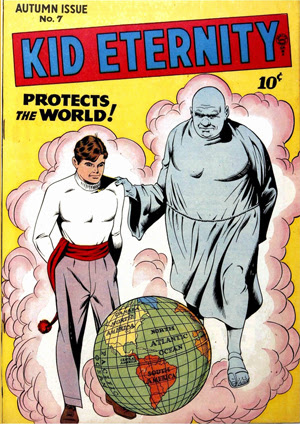 That there has never been a Kid Eternity television pilot created boggles my mind. It seems like such a perfect tv ready high concept idea with the Kid calling upon different historical figures every week to help solve some adventure. A bit like later seasons of Bewitched in some ways.

This issue stands out to me because Kid Eternity usually faced gangsters but here he faces off against historical serial killer Giles De Rais who is clad in a bulletproof suit of armor. 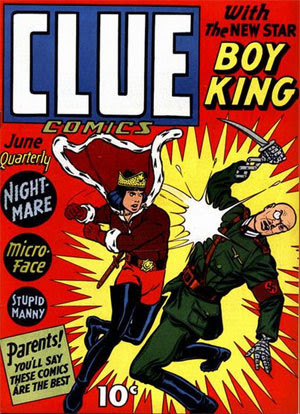 This well rendered introduction to the Boy King and his Giant features a Nazi Tyrannosaur Rex (complete with swastika armband.) 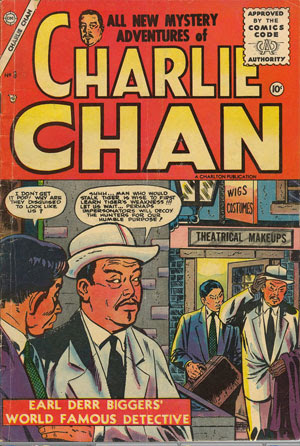 While I've never been a fan of most detective comics ( Ellery Queen or Sherlock Holmes, ect...) Charlie Chan is the exception. This one has a fun romp in Mexico wherein Chan discovers an ancient civilization. 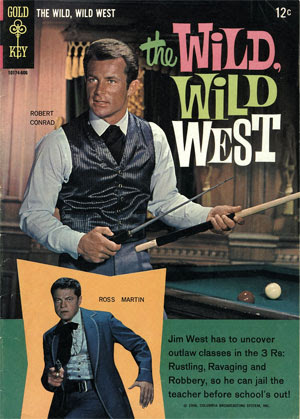 There are only a handful of these issues out on the internet but for an old Wild Wild West fan like myself, they are most welcomed. This issue gets a nod over the others because like the Gorgo issue, I feel the first one was the best effort by everyone involved (though issue 3 was also good, but my scan of that ends abruptly.) 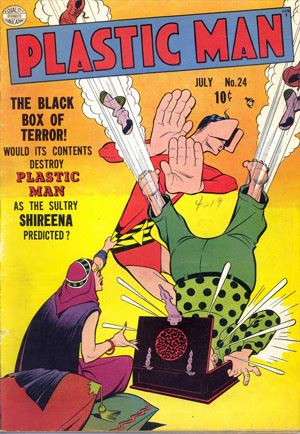 Plastic Man creator Jack Cole is regarded as one of the grand masters of the golden age and this tale of Shireena and her Black Box of Terror shows why.

3. Planet of the Vampires 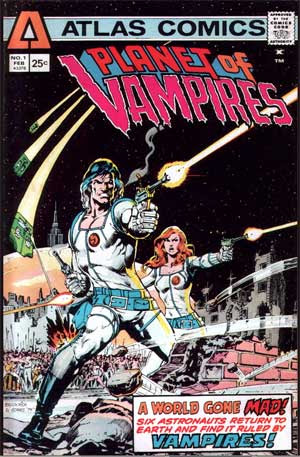 While not technically in Public Domain (I call things like this Limbo Domain) I'll include this on the list until I get a cease and desist. The brief publishing history of Atlas is a fascinating story in itself. The company produced quite a number of interesting titles but the one that I think best delivered on the potential of the new company was Planet of the Vampires. With a great intro story by Larry Hama and Pat Broderick, this series would have been a major hit I believe if it had been published by either Marvel of DC. As it was, the collapse of Atlas led to its untimely demise.

2. No One Escapes The Fury 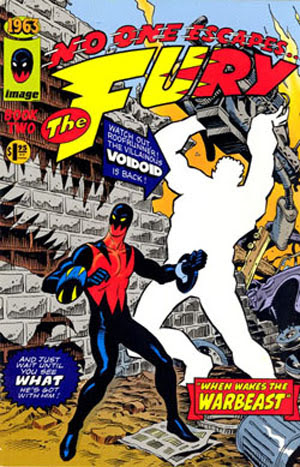 This is a new entry to the legally downloadable comics world in that it seems that Steve Bissette, the creator, has decided to let people just download it for free because of some issue over the rights of the comic. The 1963 banner was a 6 issue limited series written by Alan Moore with art by a number of great collaborators. The series is an homage to the great Silver Age comics from Marvel, with this issue in particular nailing the early Ditko Spider-man vibe perfectly.

As I've never offered this one before, you can download The Fury 1 here. 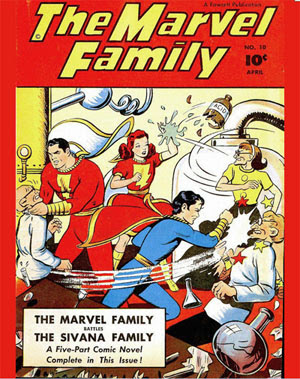 Like I said earlier, this is my favorite. Partly because of the nostalgia I have for the fantastic Harmony Shazam from the 40s to the 70s hardcover I had as a kid in which this story was featured. Also, because I love time travel stories with a connected theme.

Billed as a Five Part comic novel, this story a bit of a harbinger of the current comic world we live in now with its Toyetic heroes and villains and longer serial storyline.

So there you go, my ten favorites. If you think I missed a few, feel free to nominate some entries in the comments section. I would love to know what your favorite Public Domain Comics are!

There are so many comics but here are some most famous of them and we must should try to read this post to know about them like i got my time to read it even i was very busy with Online Typing Services because i am much interested in these comics.