Editor's Note: With the recent news that  Valiant has secured funding for a 9 figure movie development deal, I thought now might be a good time for a review one of their most recent comic offering: Ninjak. StevieB also read the comic and agreed to help me with this review. Here's what we thought. 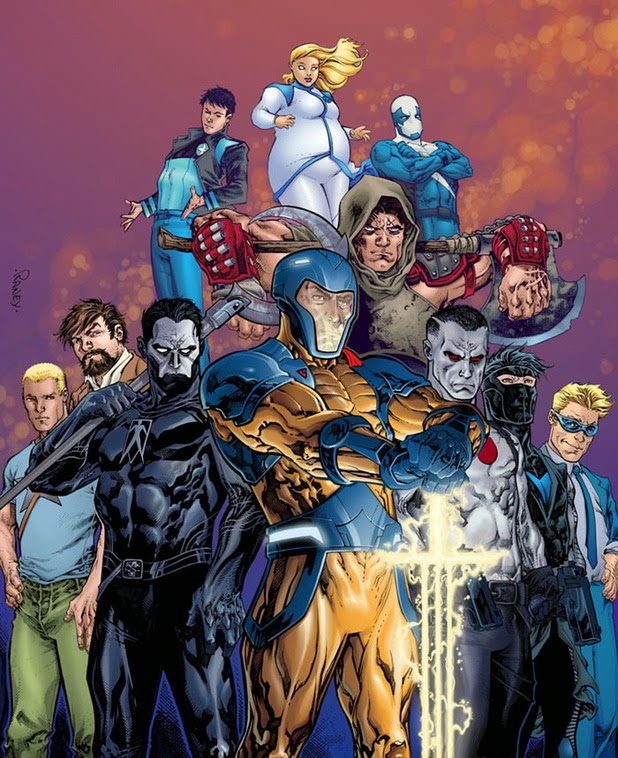 JIM: First, I want to say how amazed I am that Valiant has managed to get such a major development deal. In some ways, it makes perfect sense. Superhero movies are big now and Valiant is most likely the third biggest franchise available right now. (What else would even come close?) As it stands, they have a lot of cool characters that I would like to see make it to the big screen.

STEVIEB: Yessir! XO-Manowar should be the first!

JIM: I sort of agree with you there Steve, but I don't think we'll see him right off. I think the plan is go with Archer and Armstrong and Shadowman first. Both aren't really the trump cards I would play right off, but I suspect they may be cheaper to produce.  Ninjak sort of falls in the easy/cheap to make so I'm puzzled he wasn't listed over Shadowman as he seems a bit more popular. Speaking of which, what did you think of the first issue of Ninjak? 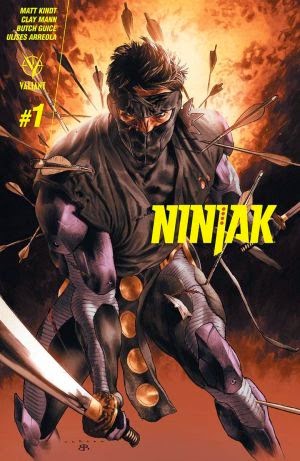 STEVIEB: Ninjak #1 brings to life the child hood fantasy of being a Ninja. The internet refers to him as a little bit James Bond and a little bit Batman. I disagree; replacing Batman with Snake Eyes from G.I. Joe fame seems a bit more in the right direction.

JIM: I can definitely see the James Bond comparison. I think gives that is where the series will thrive for me. Stories of International Intrigue and fast Action Adventure are always good comics fodder. Whether it's Layton/Micheline Iron Man or Ed Brubaker's Sleeper. I would say this book is on the right foot to begin a run that stands with both of those aforementioned series. Though I might be jumping the gun as this is just the first issue.

STEVIEB: Yeah, I’ve only read Ninjak in the Armor Hunters series. I’m currently in the first arc of XO-Manowar and I believe Ninjak’s first appearance in the rebooted Valiant Line is within the pages of the second arc. Thankfully, for a Valiant newcomer like myself, you don’t need any back story of the character to enjoy or understand this. You get introduced to his skill set by a comparison of a “Mark” that’s part of a mission that MI6 has tasked him with.

JIM: True. This issue was very nicely self contained. I suspect if I was a wider read Valiant fan, I'd see more easter eggs, but there was nothing that made me feel like I was missing anything. What did you think of the art?

JIM: Agreed. I especially liked the work he put into what I would consider non-essential details (like the monkeys on this page) 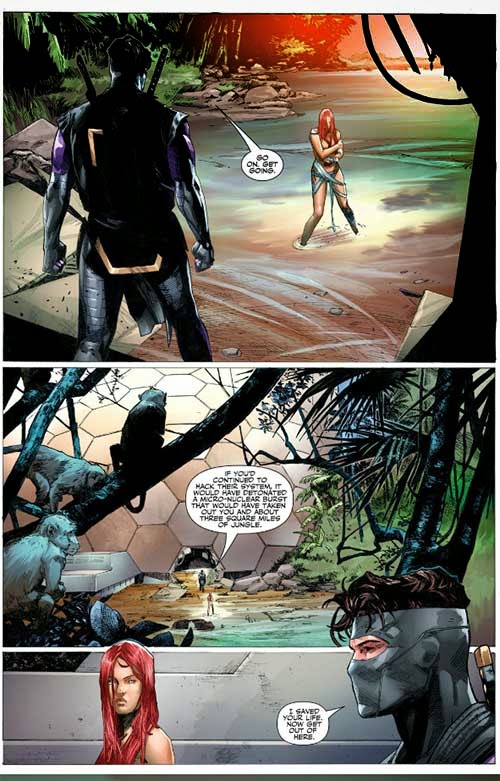 It's that sort of extra effort that makes a great artist. If I had any complaints about the issue, it's that the main story is too short.

STEVIEB: Yeah, there’s three different stories that take place in this issue: All written by Matt Kindt. Two in the main run that include a current story, a child Colin King (Ninjak when he’s not … Ninja- ing), that acts as flash backs that refer back to what’s going on in the main story; and

JIM: Which I liked better...

STEVIEB: ...takes us through a day in the Life of MI6’s most popular freelance Ninja and starts a fun action packed story that involves Ninjak’s infiltration of an Arms Making organization called “The Weaponer”. The second story - a backup of Colin when he first joined MI6 and had no training: beautifully drawn by Butch Guice.


JIM: I think Butch Guice was a good choice for the second story, though it didn't grab me right off. I liked the main story better. After his excellent run on Captain America, you sort of expect these type of Super Spy Espionage stories from him. His eye for city scenes and expressions gives such stories the realism needed to carry off the plots. 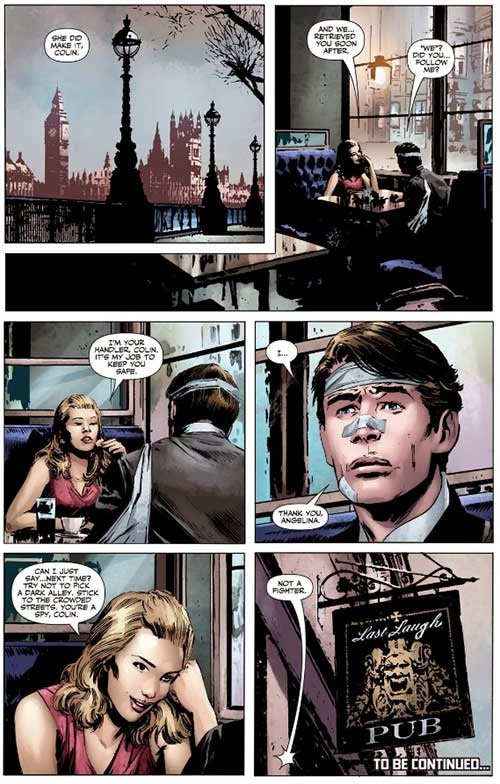 JIM: Overall, I give this first issue a thumbs up. Like all the Valiant books, there is a sense that they are keeping a very tight rein on their titles and not letting events lead their storylines. (So far. Hopefully that will continue after the movies start coming out.)


STEVIEB: I agree and highly recommend this book to anyone looking for a well written, action filled story that starts off very strong and starts the development of one of Valliant’s most intriguing characters. Ninjak brings the fun and thrills that seem to be missing from the Big Two lately.

- Jim and StevieB
Posted by Jim Shelley at 3:42 PM