Is The Power Rangers Fan Film Too Dark?

StevieB returns to the FBU with his opinion of the recent Power Rangers  fan film that was released last week:


So if you weren't arguing about the color of a dress this week you may have checked out the short Power Ranger fan film directed by Joseph Kahn and produced by Adi Shankar (Dredd).

I grew up in the 90’s: I was 8 when I first watched Power Rangers. I was the target for this “remake”.

The first time I watched this I absolutely loved it. I thought “This is exactly how an adult Power Ranger should be!” But after sitting with it for a while and watching it again, my mind changed. This short may have actually been too dark.

I know what a lot of you are thinking: 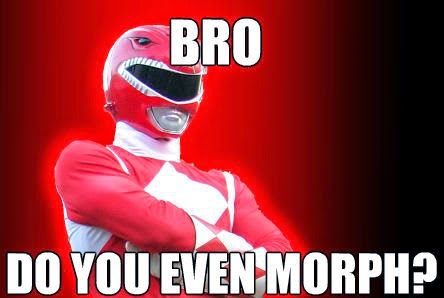 Look, I love the dark and gritty like any other twenty something male but I think this was over the top. For something like this to be successful as a legitimate remake it needs to appeal to both the young and the old. You can make a movie adult but keep it tame enough to also appeal to children. This is important because it’s currently on TV as a child’s show. There doesn’t need to be gratuitous sex scenes, hardcore drug use, and massive amounts of violence for the movie to appeal to multiple generations and actually be good.

From a fan perspective, I really didn’t like the helmet design. 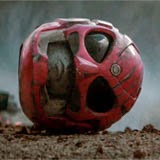 The color matches and it has the mouth piece but that’s about as far as it resembles the original Pink Ranger Helmet. I was actually off-put by this even the first time I watched.

The costumes as well:

I’ve always thought that an “Adult Power rangers” would be more armored. The gloves and the skin tight costumes never made much sense. I mean, if you’re going to try to make it more adult at least make the costumes more believable.

I still think this was a well done Fan Film and a nice “Else Worlds” tale. A “What if?” if you will. It just doesn’t have the themes and fun that make Power Rangers what it is. I am still very much looking forward to the legitimate movie coming out next summer.

What did you think of the fan film?

You can still check it out here. Watch it while you can. Saban is fighting hard to have it taken down.

I'm not really a fan of Power Rangers, but I agree that something like this, while entertaining, would be box office poison. (For proof, just look how many people got mad because Superman killed someone in Man of Steel.)

With that said, I think what we have here is one of those cases where fans see something they dig given more verisimilitude and their initial reaction is: "Wow! That's cool!" without giving the whole package a real critical appreciation. --- It's a similar reaction that people have to Alex Ross comic book artwork.

I must say I was never much of Power Rangers fan, but this fan movie sure looks awesome.

There are some entries of the original Japanese Super Sentai series (from which PR gleans that years suits, mecha, and to varying degrees story, characters and of course actual footage) that get a bit darker than their Power Rangers counter-parts.

This is partly because it was not until way into the mid 1990's that the Super Sentai series stopped airing in a prime-time slot and was moved to a Sunday morning time-slot.

..and even then some entires attempted to do dramatic stories. The shows lean much more comedic now and the toyetic aspect has gotten more than a bit out of control but some of that still shines through.

Neither Power Rangers or Super Sentai needs to be a Rated R horror movie or a serious examination of our socio-political reality. ..but having some gravitas, drama, themes, and an idea that the villains and monsters are indeed a threat for the heroes to stand against doesn't hurt.

Really, when Super Sentai is at its best it hits kind of that sweet spot that classic American superhero comics of the Silver and Bronze Ages do where there's an equilibrium of action, character drama, fantasy and even whimsy. In doesn't need to be "dark" or "adult" so much as it needs to be good. ..and in doing so don't apologize for the colors and the stylized transformations and combat. Embrace it and attempt to do it better than it's ever been done.

Think Pacific Rim meets Guardians of The Galaxy with 5 eventually 6 youths who must rise up to be The Avengers ...with crazy martial arts, technology that harnesses the magic of primal beasts, and of course awesome robots.

@Arion That's just it. Don't get me wrong. I thought this short was great. My biggest problem would be it calling itself Power Rangers. It's not, it's a fun Sci Fi movie. I would totally go see a movie based off of this story.

@MattComix I must confess I have never watched any of Super Sentai. I watched Power Rangers up until Lost Galaxy and I only watched half of that. All though I have since watched the highlights and I totally missed the stuff with the Pink Ranger. I'm really disappointed I did. Her sacrifice and then Karone replacing her seemed to be a step into the mature. That being said, Power Rangers in space was probably my favorite season. I had just really got into Star Wars and Been watching Star Trek TNG reruns and it just hit all the right marks for me. Astronema really is Andros's sister? At the age I couldn't see things coming in TV like I can now. lol And the Psycho Rangers? LOVED IT.

"I thought 'This is exactly how an adult Power Ranger should be!'"

Therein lies the problem I have: why SHOULD there be an "adult Power Ranger" anything? Why isn't it enough that the property exists for kids and adults can watch it vicariously?

There's an assumption that if you grew up on something, it should grow up with you. That we need "adult" versions of the things we enjoyed as kids to justify enjoying them as adults. Far, FAR more often than not it's how we end up with dark, twisted, violent versions of characters and properties that used to be lighthearted, or innocence played for cruel laughs.

To me this seems less like a natural development and more like entitlement of the audience. Case in point, Kahn is on record as talking about what a big joke and parody of grim-and-gritty the film is, but this article is an honest assessment of how well it works as "adult Power Rangers".

To be clear, I'm not trying to ridicule Stevie. In fact I'm rather happy to see his final conclusion of "I like it, but it's not Power Rangers--I'd like it better as its own thing". The awareness in that conclusion is exactly the sort of thing I'm talking about. Instead of desiring things to be forced into a new mold they were never meant for, I think we should put more emphasis on new things that are made for the molds we want to see.

Well said, Luke. The danger in repurposing stories for kids as stories for adults is that the adults get trapped in a loop, never moving on to other kinds of stories.

I'm completely unfamiliar with the Power Rangers and had a hard time just following the narrative. A quick visit to the Wikipedia page, with its name-checks, helped me grok the difference between the Rangers we saw in flashback, and I assumed the battling Zords in the opening shot were piloted by — I dunno, other teams of Rangers

Ultimately, the Power Rangers stuff with which I was unfamiliar intrigued me. By contrast, the uninspired baseline action beats of modern explodo had me looking at my watch for most of the 15-minute running time.

I have a similar reaction to the Michael Bay "Transformers" films (and I do have affection for the Transformers, having grown up with them): "These robots seem interesting. It's a shame what they're doing on screen is such a predictable snooze."

I think another problem is the way we look at it in extremes. Something for kids is hyper silly and hyper-sanitized, something for adults is hyper dark, gory, pornographic (a very juvenile view of what "adult" is.)

I think there's nothing wrong with adults enjoying stuff for kids but like you say the expectation that it should "grow up with them" is absurd. I never understood that because even as a adult I don't mind engaging it on it's own terms provided that it's good.

To use bookstore terms I feel superheroes work best as kind of a Young Readers thing (with maybe some wiggle room for teens).

Good work for younger readers and viewers can have broader appeal because there's nothing gratuitous and excessive to lock kids out but there's enough meat on the bones of the characters and story that older people can engage to. You can have drama and action but it's not something played for shock. For the younger ones this allows them to peel back the layers as they revisit those stories creating a lasting appeal.

The last one of those Bayformers things I watched I felt like it was an unintentional parody of both human behavior and Transformers. Also the editing style seems to be made exclusively for someone with the attention span of a gnat on crack.