We see a lot of talk about the “death of paper comics.” (especially from Ye Editor ;) )

Of how someday comics might be published/distributed digitally in the future.

But what rarely gets mentioned is how more and more, comics are created digitally.

I will tell you a little secret…

Write this down because it is important…

Before long…. Drawing on paper will be a thing of the past.

It will be obsolete.

Already I can hear some “old dinosaurs” like me going “We will always draw on paper!”.

I am sorry to be the bearer of bad news… but no.

I have no doubt that some people will keep drawing on paper for a long time…. Just as some people are still listening to 8 track tapes. But I am also sure that there is no doubt in your mind that 8 track tapes are a thing of the past.

That at some point… There will be no one left listening to such tapes.

The same thing goes for drawing on paper.

Already, for years the coloring of comics has moved into the realm of digital coloring.

Heck not that long ago, the big 2 started their own lettering department where the lettering is done entirely in house digitally.

And even the inking process is moving more and more in that direction. Either by inking the artwork using the computer, or tweaking/darkening the penciled work using various softwares.

But each day, as time goes by, we are getting closer and closer to when even that part of the process will finally be done using the computer.

In animation, we have been going through a similar process.

At some point, the backgrounds/character models and animation started being colored digitally. And other steps like the compositing and the editing were also done in the computer.

But many felt safe in the belief that certain steps like the storyboard process would always be drawn by hand on paper.

They could not imagine why anyone could want to do what is essentially a bunch of quick rough sketches with the computer.

Quick rough sketches are done much faster freehand on paper…. So who would want to make that with the computer… right?

Sadly… all those in denial are slowly waking up and smelling the coffee… and it’s hitting them straight in the nose… hard.

Right now, there is a lot of pressure in studios to get artists to use Storyboard Pro, Sketchbook Pro, Photoshop, Flash, or other programs that I fail to mention to draw their storyboards with.

The only reason why some studios are still using some artists that are drawing on paper to work on storyboards is mainly because these are the only ones who can do a proper job drawing storyboards.

So far, artists who can work digitally can’t do a very good job, especially compared to those with years of experiences who still draw on paper. And those who draw on paper aren’t as fast/efficient when trying to figure out how to do the work with the computer.

It would already be the case right now… if not for certain productions that require a certain level of quality.

But already, when you talk with various producers, the word is often the same. “Those who will get the job are those who can use the computer”.

And I have no doubt that before long, the same will be true in most comic book studios. 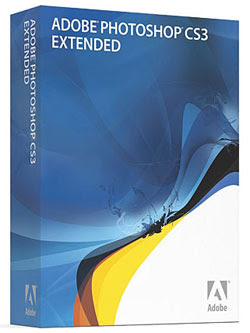 So I would suggest that if you are someone out there hoping to become a professional artist at some point, weather a comic book artist, an artist in the field of animation, or heck any other type of professional artist, learn not only how to use the computer, but some of the various programs like Photoshop, Illustrator, Storyboard Pro, Sketchbook Pro, and countless others that I fail to mention.

But “which program should you learn to use?” you ask?

To be honest…. I don’t really have an answer.

But I will try to explore the question some more in a future Blog.

Until next time.
Posted by Jim Shelley at 7:36 AM

This is like something out of the old SHATTER comic book, where paintings have become so rare because nobody's making them anymore. :)

I think the problem nowadays is that some people who can use the computer think they can do art SNAP! just like that, when it takes more than just moving a mouse or a waving a pen tablet. and on the other side, old time professional artist aren't too willing to sit in front of a computer to draw. There are exceptions, of course (like Brian Bolland) and I also think that a number of younger artists are embracing the computer as an art tool.

Man, I haven't thought of SHATTER in years!

It's interesting you mention Brian Bolland - Jerry Hinds (the artist working on Chris Sims WildCard/Creature team up story) just sent me a cool story about Brian Bolland and digital art which I will try to get him to share on this blog. :)

Forgive an ignorant fool... I am not familiar with that Shatter comic. ??

I will do a future Blog about what is wrong with some of the people using the computer, and some of the old timers that have a tough time adapting to new technologies....

It is funny that you mention him.... I was planning to use Brian Bolland as an example.

Shatter (by Mike Saenz) was an old series in the 80s from Eclipse comics, it was the first comic done on a computer, although the colors were done by hand. It's pretty amusing to look at it now, since the images were pixelized, given the limit of CG during those days. But for a kid in the 80s, it looked very hi-tech. :)