Which Red Death is Better

Today is a short post because like a character in a Jack London story, I've gotta build a fire and keep it going (our heater is on the fritz.)

Anway, I mentioned the Wayback Universe a while back, which is our Golden Age Flashback Universe. One of the characters in this universe is a guy we are calling The Red Death. He's our tip of the hat to The Black Terror. Pierre's whipped up a pretty nice costume for the character, but we are both waffling on the color scheme.

Below are two images Pierre did with the character as a test. The images are from a story we are working on called The Trial of the Red Death. If anyone has a preference, please let us know. 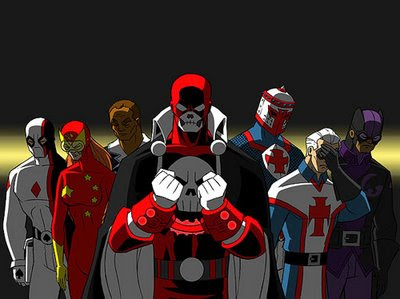 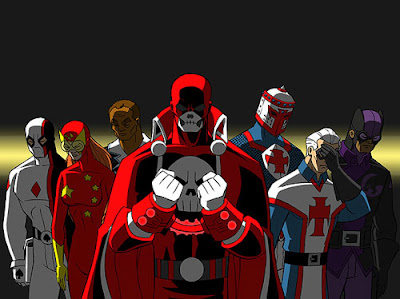 Have a great weekend!
Posted by Jim Shelley at 7:52 AM

FWIW, I like the black cape, but with the black eye covers.

The black cape makes it work for me. Love this idea.

I vote black and red, with the white eyeholes.

Definitely the black version! Evocative of the Black Terror and stylish, to boot.

I like the all red version the best, but in reference to the Black Terror if you go with that I would make the cape lining black. Also I thinkthe white eyes contrast better with the red than the black ones.

Thank you guys! It sounds like the black cape is the winner. :)