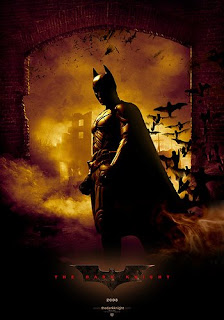 I used to go to the comic store every week to get the new comics that came out ... heck sometimes I would go twice a week or more, and I would go to multiple comic stores some weeks.

Now I pretty much stopped going to the store every week. Heck it often takes a month or two before I even visit a comic store.

When I bought my first DVD player.... what was a comic addiction pretty much became a DVD addiction.

Heck the Matrix 3 gave us the best Superman VS Zod sequence never made. It showed us what could be possible in a possible new Superman movie. Sadly what we got was not even close to match that sequence. :(

Even movies like Underworld, Equilibrum, the Lord of the Rings trilogy, filled that need for excitement, action, adventure that comics used to fill.

The one advantage that comics had, being able to have unlimited ammount of special effects at no extra cost, pretty much dissapeared in recent years in most comics.

I can't help myself but scratch my head at why some creators limit themselves in such a way when making comics?? They have unlimited possibilities.... unlimited resources.... but too many of them limit themselves to talking heads?? They impose to themselves the same limitation that TV series have for no other reason then..........

Also you can now get some pretty good DVDs for 5$. 5$ for 2 hours worth on entertainment and that is without taking into account the extras on a DVD. Kind of difficult for comics to compete against that.

You can get an entire season of X-Files or Smallville for 20$. 20$ for about 8 hours of entertaiment, sometimes more with the extra features. Other then the Essentials and Showcases, not many comics can match that. But many people aren't willing to read black and white comics. And the color equivalent like the Omnibus can be very expensive. Around $100 in some cases. And in some cases they are printed on cheap newsprint.

So how can comics compete with DVDs??

That's because comics artists are so reluctant to go deep into each character's emotion and action scenes. Just like what you have written, "talking heads" won't be good enough comparing to video. Somehow the comic writers should learn the way story lines of manga chapters are written.