I've mentioned the new wave of Superhero novels that have popped up on kindle in previous posts. It seems to me that this genre is growing in a few interesting ways.

First we are seeing a significant number of sequels to some of the more successful novels: 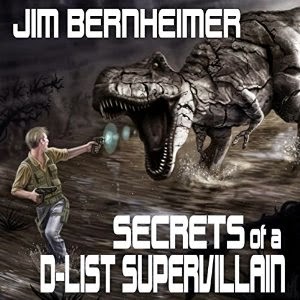 Cal Stringel may be dead to the world at large, but a select few know that he's still alive and in control of the most powerful suit of battle armor ever created. He's part of a rogue super team taking the world by storm and changing the dynamic for both heroes and villains alike. With change comes resistance and those holding control and power are not ready to just hand it over without a fight.
For the former D-List Supervillain, it’s time to break out the spare synthmuscle, charge the massive railgun pistol, and bring the pain. With his new team, he thinks he can take on the world, but is Cal biting off more than he can chew? He must deal with sanctioned hero teams and power mad bureaucrats on one side and the major supervillains of his world on the other.
As Cal and his allies ready themselves to face friend and foe, he will also have to deal with his relationship with Stacy Mitchell, also known as the Olympian, Aphrodite. Separated for over a year, they’ve only just reunited and are faced with the prospect of being on opposite sides of the coming conflict. Can they find enough common ground between the secrets and half-truths to sustain their fledgling relationship, or are they doomed like the last time to crash and burn?
Find out in Secrets of a D-List Supervillain.

Brandon Sanderson, whose Steelheart I throughly enjoyed has released a new entry in his Reckoner's series (of which Steelheart was the first.) 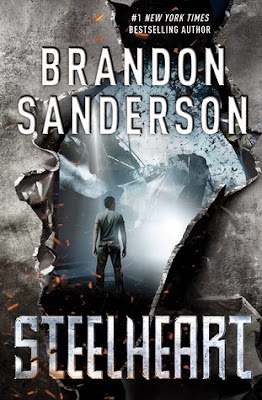 The quick synopsis of this series is a world where a mysterious force is imbuing humans with superpowers, with the unfortunate side effect of corrupting those gifted individuals. It's basically taking the "Power Corrupts" motif and reinforcing it to see how humanity would endure such a predicament. Coming to society's rescue is a rag-tag group of freedom fighters known as the Reckoner's. Using nothing but salvaged technology and their own quick wits, the Reckoners take on various Epics (superheroes) and bring them down in interesting ways.

The newest book in the series is Firefight 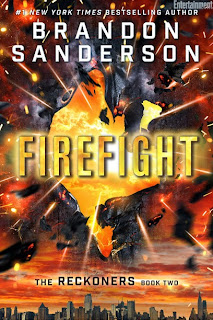 Brandon Sanderson, the #1 New York Times bestselling author of Words of Radiance, coauthor of Robert Jordan’s The Wheel of Time series, and creator of the internationally bestselling Mistborn trilogy, presents the second book in the Reckoners series: Firefight, the sequel to the #1 bestseller Steelheart.
- Newcago is free.

They told David it was impossible, that even the Reckoners had never killed a High Epic. Yet

Steelheart--invincible, immortal, unconquerable--is dead. And he died by David's hand.
Eliminating Steelheart was supposed to make life simpler. Instead, it only made David realize he has questions. Big ones. And no one in Newcago can give him answers.

Babylon Restored, the city formerly known as the borough of Manhattan, has possibilities, though. Ruled by the mysterious High Epic Regalia, Babylon Restored is flooded and miserable, but David is sure it's the path that will lead him to what he needs to find. Entering a city oppressed by a High Epic despot is risky, but David's willing to take the gamble. Because killing Steelheart left a hole in David's heart. A hole where his thirst for vengeance once lived. Somehow, he filled that hole with another Epic--Firefight. And now he will go on a quest darker and even more dangerous than the fight against Steelheart to find her, and to get his answers.

Finally, one of my favorite series in this genre (Peter Cline's Ex- series) returns with a intriguing new chapter in the series; Ex-Isles


Here's the description from Amazon: 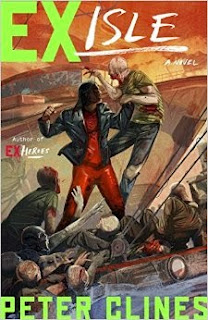 The heroes are overjoyed when they discover another group of survivors, living on a man-made island in the middle of the Pacific ocean. But there’s something very, very wrong with this isolated community and its mysterious leader—a secret that could put every survivor in the world at risk.

I would strongly suggest that if you find yourself tiring of the Constant Meaningless Events that seem to be plaguing comics these days to check out one of these books (or at least the first in the series) All of them provide an interesting alternative to your superhero-fix. The 3 I've picked out are all written not by comic writers, but by traditional authors, so their approach to storytelling is a good bit different (in a good way!)

If you have discovered the joys of prose superhero novels, I invite you to share your favorites in the comments below!