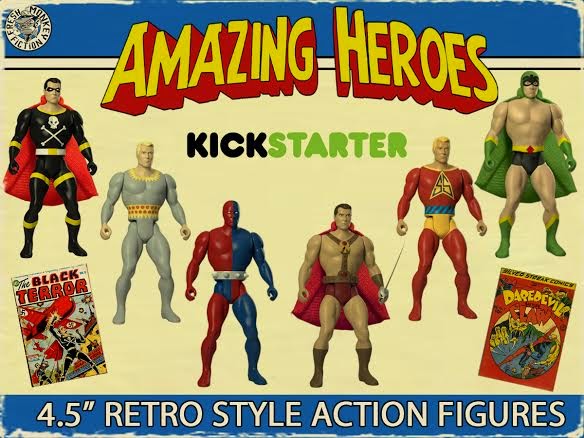 Amazing Heroes is fronted by Bill Murphy of Fresh Monkey Fiction a studio of artists which has several comic projects under its belt. One comic, The Midnight Men looks especially appealing to me (and it's available as a cbr or pdf on their site).

Of the Amazing Heroes selected to be in the first wave of action figures, I really like The Black Terror and Daredevil the best:

If this project makes it to a second wave, I would like to see a place on the Fresh Monkey Fiction site where fans could vote on which characters to add to the collection. Bozo The Iron Man would be my top choice. 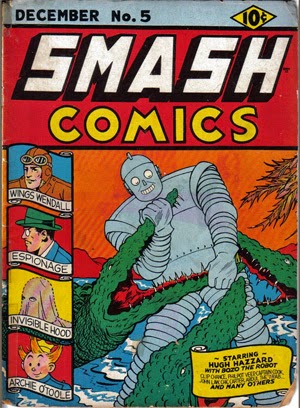 If you aren't familiar with Bozo The Robot (as he was also called) you can read download two comics with his stories from a previous post on this site.


Who would you want to see in future Amazing Heroes collections?

I love the idea of these, but I tend toward figures that can interact with figures that I already have. These are roughly Secret Wars format, which hasn't been used since... well, Secret Wars.
Getting a Black Terror figure that can team up with Batman or Wolverine in either of the "standard" sizes produced now would be much more appealing to me than a Black Terror that can only team up with 5-POA Marvel figures from 1984.

I'm supporting this kickstarter ... and I hope it gets funded because I really want a Black Terror figure!

Thanks for the support....I'm glad you like the Midnightmen, let me know what you think.