Did DC Blink? Why did they move BvsS?

In case you missed it, yesterday Warner Bros made a big announcement wherein they outlined proposed dates for 10 Superhero movies up to 2020. Among the movies listed was a new date for Batman vs Superman. Batman vs Superman was originally scheduled to come out on the same day as Captain America 3, but now it will come out on March 25th, 2016. What, if anything, does this mean? 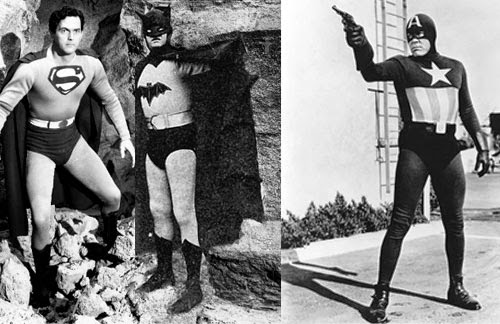 Several months ago, when both movies were announced as being on the same day, most everyone agreed one would end up moving. It seemed certain that rather than risk having box office cannibalized by a competing superhero movie either Marvel or Warner Bros would back off the May 6th date. The question was who would move first. Now that WB has moved their movie, one has to wonder: Are they getting cold feet?

This move is no doubt spurred by the $94 million opening weekend of Marvel’s Guardians of the Galaxy, which bested the odds by delivering the third-biggest opening weekend of the year in August while breaking the August debut weekend record by about 36%. At this point, Marvel Studios is a brand in-and-of-itself with the studio itself being the most potent marketing tool, akin to a live-action Pixar.

I too think the timing of the move coinciding with the success of the Guardians of the Galaxy is a bit coincidental. (I'd also be inclined to blame the mix response to the new Wonder Woman design, but that might be reaching...)

As the Forbes article points out, The Hunger Games did quite well in March ($152 million) back in 2012, so it's not impossible that BvS could break 100 million opening in that month.

Still, it does make you wonder why they didn't go with that plan in the first place. Marvel had prior claim to the May 6th date well ahead of Warner Bros announcement to put BvS on that date. Either WB originally didn't think to check for conflicts or thought it wouldn't matter. Both excuses don't speak well for their business acumen.

Nor does it give me a lot of faith for how the movie will eventually shake out.

I think more is being made of this than need be. DC may have been hasty with their original date and reconsidered, but I don't see that as any glaring flaw.

Despite fannish Marvel vs. DC stuff, they are not really in competition in any direct sense. In other words, if both movies make a ton of money, both companies can be happy. Splitting the audience by going head to head creates a win/lose game that would mean good press for the winner, but might also actually hurt both films bottom lines.

With Guardians Marvel proved that fun sells. Sad superheroes in the rain just got a lot less appealing to movie audiences.

Guardians proved fun sells. How appealing "sad superheroes in the rain" are doesn't really figure into it.

Well, I think movie audience are experiencing a certain degree of burn-out on dark and grim in superhero movies. Guardians is kind an antidote for that and may be a potential game changer as a result which could effect the reception of BvS.