Super Born: Seduction of Being Interview

Months ago, I posted some reviews of some superhero novels I had enjoyed. This post put me on the radar of new novelists who wanted to let me know about their new Superhero novels. Today, I present an interview from one such novelist, Keith Kornell, the author of Super Born: Seduction of Being 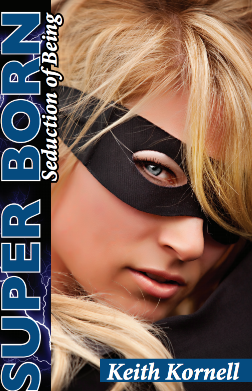 FBU: What is Super Born: Seduction of the Being about?
KK: The Super Born are a group of normal average women born during a time of Cold War performance enhancing experiments who develop super powers in their thirties challenging the lives that had come to know. This book revolves around a Journalist's obsessive search for one of the Super Born who has chosen to risk her existing life to use her powers in public service.


FBU: What are the powers of your main character?
The woman the Journalist searches for is known as the B.I.B. and her powers are similar to that of superman; speed, flight, strength with the addition of fashionable shoes, nurturing motherhood, and vulnerability.

FBU: If you had to compare her to other super-heroines, who would you say she's most like? (Personality, Powers)
It would be a tough stretch to compare her to other super-heroines who are typically women given male characteristics and stylized female bodies. Being that she had an average life for 30+ years and only recently has developed powers she can't understand or sometimes control, she is some what uniquely feminine and somewhat real compared to other heroines.

FBU: What comics inspired you to write this book?
I think a super hero novel is a natural extension of the roots of super hero in the comics. The book was a work of inspiration whose source is mostly unknown even to me.  It's source was a simple conversation I overheard about women complaining about the childlike nature of the local men and how they felt very powerful and strong compared to them. 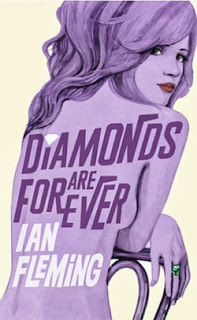 FBU: Were you a big comic fan growing up? If so, what comics were among your favorites?
I was more of a James Bond Novel fan at a young age, writing secret agent style stories. However, a great respect for women has always put strong female characters in my stories.  I think making them Super Heroes is just a natural extension and maybe exaggeration of that concept.

FBU: Do you read comics now? If so, which ones do you like?
Sorry, I am not much of a comic reader. I prefer writing novels and making film productions.  We have numerous Super Born videos.

FBU: Have you read any other superhero themed books that have come out now or in the past?
When I went to a Barnes & Noble and asked where the Super Hero Novel's were, I was directed to the graphic novels section.  Most super hero characters have come out of the comics and graphic novels. So even finding a super hero themed book is difficult.  When I wrote Super Born I had no idea that would be the case. 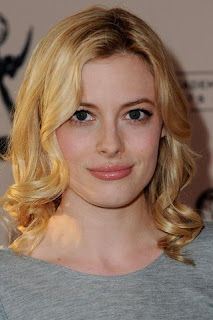 FBU: If they were going to make a movie out of Super Born: Seduction of the Being, who would you see cast as the main characters?
Now you are talking, because I have given a great deal of thought to producing Super Born and have made a low budget film version of the book's first chapter for promotional reasons. Logan, the journalist is a humorous romantic lead, so my first thought for him has been Ashton Kutcher as he can do comedy and is attractive enough to be a lead.  I have a great deal of trouble with the B.I.B. mostly because of age.  If Elizabeth Banks were younger she would do well and if Gillian Jacobs were older she would do well. The woman who starred in my video was Amy Brenckle.  She did an excellent job in the film, is the right age, and has moved out to Hollywood just recently to work on a project. Of course I have been spoiled by the model who did my book cover.  She is not an actress but embodies the look of both the Super Hero side and the single mother side of my book's main character.  Anyone playing the B.I.B. in my film will have to live up to that.


FBU: Thank you for this interview. Is there anything else you would like to tell people before we go?
KK: I think the relationship between super hero comics and novels such as mine, is a natural extension of the same base.  Writing the novel gives me the opportunity to add depth and humanity to the characters by showing all the sides of the character via their thoughts and feelings. Doing this has allowed me to make the B.I.B. a heroic yet 'real' character. She has to deal with the eternal questions that define all true heroes, as well as practical real life concerns Superman never had to concern himself with, such as if I go into this death defying battle what happens to my daughter if I don't come back out? In that way extending the comics with a novel adds depth and a more real, less fantasy, sense to the work for the reader to enjoy.
- Jim
Posted by Jim Shelley at 2:59 PM

This article is mind blowing. When I read this article, I enjoyed.