Editor's Note: I recently saw this blog referred to as being one of those "Go Team Comics" blogs in a way that I thought was not only a bit insulting but also misguided (given my often critical analysis of industry strategies). However, the comment did inspire today's post title, so I guess even detractors can be a source of inspiration. - Jim

Of late, I've been reading (for the first time) the classic Keith Giffen run of L.E.G.I.O.N. I'm up to issue 18 and I've been impressed with how solid the run is for so long. 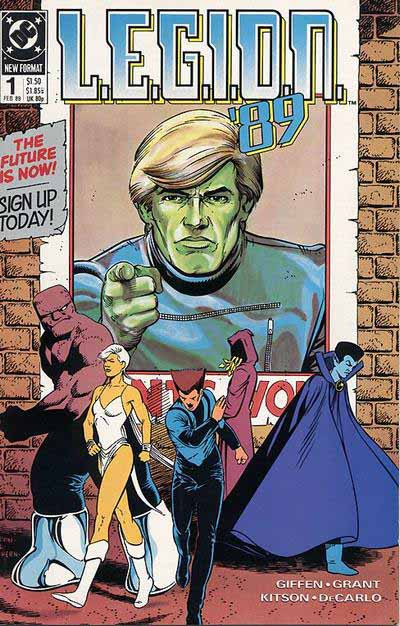 Most of the series tends to run in the sci-fi lite realm that most comic series tred in, but what makes it interesting is seeing Giffen play with the Legion of Superheroes mythos (the Emerald Eye, Durlans and the Champion of Talok VIII) in a way that he may have not been able to in the regular LoSH series.

This got me to wondering what other team books from the big two during this era started off so well and kept up the quality for such a long time? Here are five I came up with: 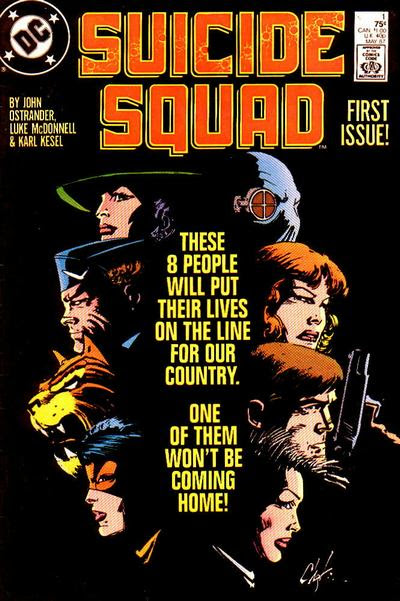 The premise of villains working as covert government operatives is well trod territory now, but at the time this comic came it was a fresh and exciting idea that Ostrander ran with. While the first arc is a bit rough IIRC, Ostrander gets a better handle on the characters as the series continues - especially Bloodshot, Bronze Tiger and Captain Boomerang as the run plays out. In addition to the fun character work, I enjoyed watching the rogues go from one disasterous mission to another, losing members and gaining replacements every couple of issues. 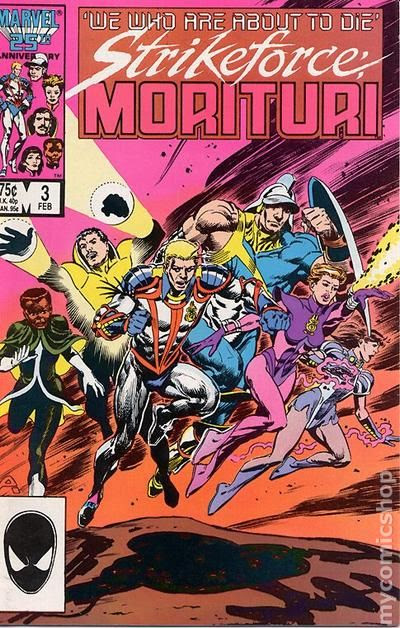 Synopsis: In a future where Earth is at war with a vicious alien race, drastic measures are taken in the form of the Morituri process. Volunteers agree to be endowed with superhuman abilities to fight the aliens with the understanding that the powers will cause early death.

Like Suicide Squad, this series benefits from being able to so handily dispatch and gain characters at a moment's notice. This gives the comic a bit of a frenetic pace storywise which modern readers might find disconcerting, but once you get used to it, it's a fun read. 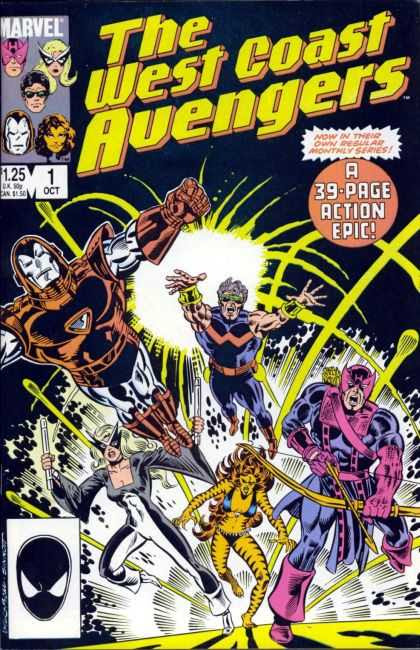 Back before slapping the word Avengers on every other Marvel comic was a bottom line driven corporate mandate, Roger Stern and Bob Hall developed this interesting title featuring Iron Man (and Hank Pym) leading a group of heroes in California. What the series got right was the involved character subplots that ran issue after issue. Where it was a bit off is with some of the villains (Master Pandemonium for example) who were a bit too D-List at times.

Like most of the series on this list, I either dropped off them at the time or never read them during their heyday because of the economic pressures of college. I think I stopped on this series after the first year or so, but recently a commenter on this blog (Cash Gorman?) suggested I read the John Byrne issues, so that's next on my list after L.E.G.I.O.N. 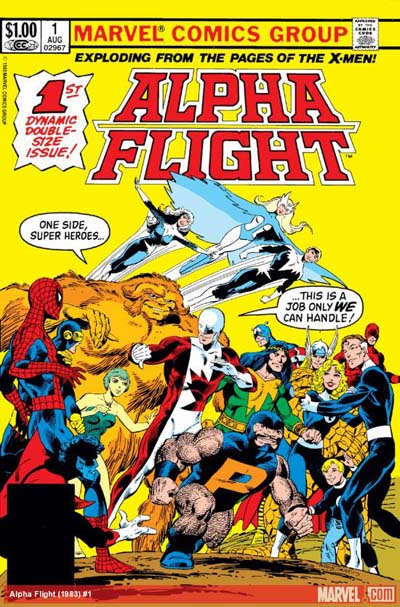 In discussing this series with FBU friend Trey Causey, we both agree that the first 12 issues of AF is among the best first year examples of a comic series around. In my mind, the first year is so good that I tend to forget that Byrne continued on it as writer until issue 28 and then Bill Mantlo (another great Marvel workhorse at the time) continued the series until it was eventually cancelled with 120.

One of the things that makes this series so good in my mind is the number of interesting plot twist Byrne brought to the table in the first year. Also, at his creative peak, Byrne was a whirlwind of interesting ideas and with characters like Puck, Snowbird and Marrina, you can see Byrne getting to utilize a lot of the concepts he had built up over the years that might not have fit in as well in the X-men or Fantastic Four. 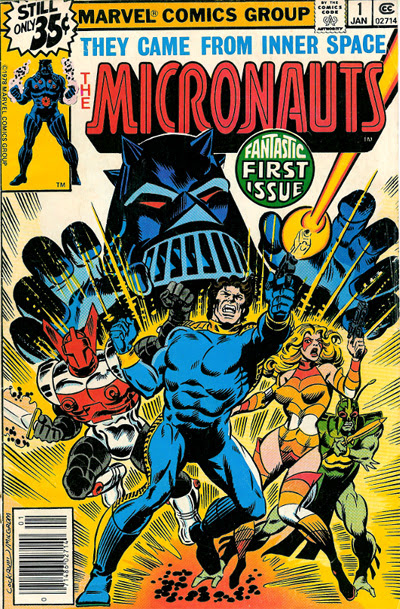 Here is another title where the first 12 issues are just amazing. Obviously inspired by the Star Wars zeitgeist of the time, this series manages to rise above other SW imitators with the help of Mantlo's fleshed out alien worlds and Michael Golden's brilliant visuals. The first year of the series is compelling story of the battle of rebel Micronauts against the Vaderesque Baron Karza. After the battle is resolved, the series tends to drift a bit.

It's always been my opinion that Mantlo (who saw the Micronaut toys at a convention and convinced then EIC Jim Shooter to liscense the brand for a series) viewed the series as a possible movie franchise and scripted out the first arc as the basis of a movie, whch might explain why the series lost its way a bit after the first year.


Those are my Five. What would you add?

What the hell is a "go team comics" blog exactly?