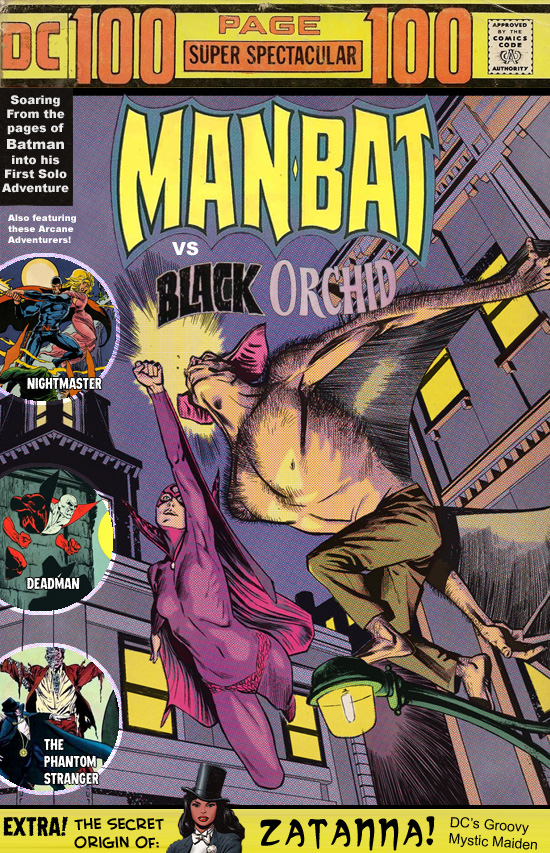 The main artwork for this cover was created by Adam Moore, whose artwork I have used before for the fantastic Green Lantern and Adam Strange covers. Adam is also known as Laemeur on deviantArt.com. You can see more of his artwork on his website: http://laemeur.com/

As you might suspect, I've always been a big fan of Man-Bat as he's one of the few DC Monster heroes (Marvel seemed to be more open to monstrous heroes: Man-wolf, Werewolf by Night, Morbius, Man-Thing, Deathlok, ect...)

In recent years, Man-Bat lost some of his uniqueness IMO as Grant Morrison introduced the idea of ninja man-bats in Batman 656 back in 2006 during the Batman RIP story arc. 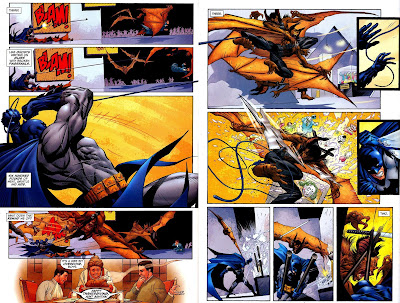 More recently, this dilution of the Man-Bat concept was undone with Kirk Langstrom developing an antidote for the Man-Bat serum such that he is now the only such creature in the DC universe (At least until Geoff Johns gets around to creating an entire multi-colored Man-Bat family...)

Since the popularity of the Batman books seems to be one of the few things keeping the DC books afloat now, you have to wonder why there isn't a Man-Bat book somewhere in the DC 52. I can't imagine it would sell worse than Hawkman or BatWing.

This idea of a DC 52 solo Man-Bat title has even inspired a bit of a following on Deviant Art. 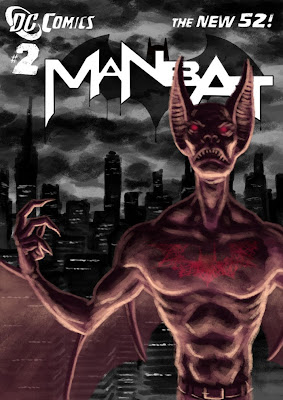 It's probably just a matter of wait and see. With DC cancelling New 52 books faster than Marvel can create comics with the word Avengers in the title, I would say it's a safe bet we will probably see a new Man-Bat comic eventually.

Here's a question: What title do you think DC should publish in their next wave of New 52 replacements?

What do I think DC should publish? Anything as long as Adam Moore draws it.