I have a love/hate affair with the DC Archive series (which may or may not be defunct.) On one hand, it's awesome that they were able to compile some of the early Silver Age Brave and the Bold and Metal Men stories in the nicely bound volumes. On the other hand, I think their chronological approach to what they published robbed us of seeing some classic Bronze Age stories. Unless I'm mistaken, only the Legion of Superheroes and Kamandi volumes actually make it as far as the bronze age.

The other place I think this publishing strategy robbed us was we only got a very small taste of the classic Fawcett Captain Marvel issues. So today, I propose a solution to this last problem. DC should publish a nice big Omnibus in the same vein as the Jack Kirby and Steve Ditko volumes. But this one should be dedicated to that master of minimalistic superheroe action: CC Beck! Here's my mock up of such a volume. 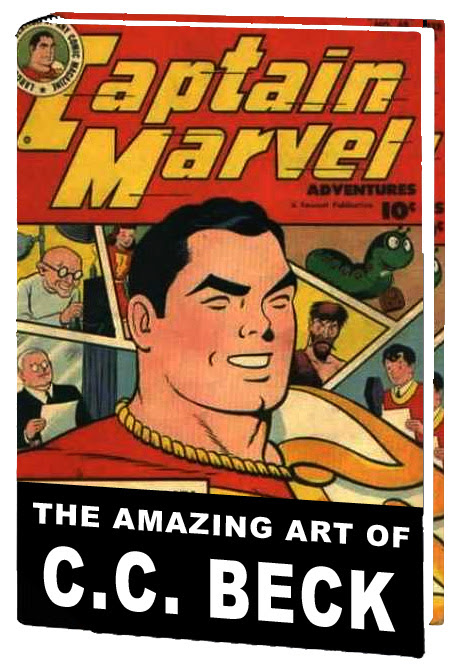 I don't know that there is really as big a market for such a book as the Kirby or Ditko volumes, but when you consider that DC was considering a collection of the Monster Society stories, it suggests they think there is *some* people out there who might be interested in the early Captain Marvel stories.

Outside of my imaginary collection, the next best hardcover collection of Captain Marvel stories would have to be the one published by Harmony Shazam from the 40's to the 70's. 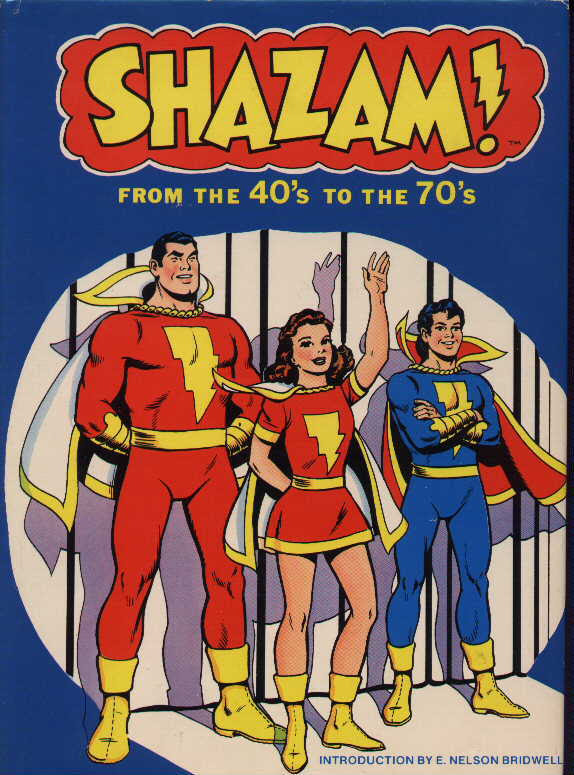 I have a copy of this classic tome which I bought with my hard earned allowance back in the day. At the time, I was predisposed to reading mostly superhero fight books, so the more whimsical approach that the Fawcett writers took with their stories took really threw me for a loop - in a good way!

Some people dislike this book because most of the pages are in black and white, but I'm fine with it because all of the classic linework still looks amazing.

My only regret now is that the cover on my volume is a bit raggedy as I didn't really take care of my books when I was a kid. I've toyed with the idea of making a new cover for the book by find a print on demand printer who can handle such a printout with such large dimensions has been a challenge.
If anyone knows of a printer that could handle such a one off request, please let me know.

With that, I'm going to leave you with today's Free Comic - a story I first read in the Harmony book, which was later reprinted in the pages of DC's Shazam series from the 70's. This story is a full issue length extravaganza and features all of the Captain Marvel Family versus all of the Sivana Family in a battle that takes us back to the sinking of Atlantis and then continues well into the far flung future!

I hope you enjoy it as much as I did when I first read it!

There are, of course, Shazam! archives with at least the golden age stuff you're looking for.

Have you checked out the Alex Ross book Rough Justice? There's a rejected pitch for a Shazam! series that's pretty awesome.

@Trey, yeah, I mentioned those in the 2nd paragraph. They are nice but they are rather slim in their selections though they do have that neat 7 part Spy Master story.

@MattComix, no, I haven't seen that. I'll go look that up. Thank you for the heads up!