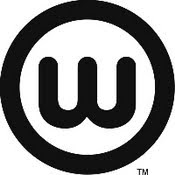 "WOWIO is today the only source where readers can legally access high-quality copyrighted ebooks from leading publishers for free. Readers have access to a wide range of offerings, including works of classic literature, college textbooks, comic books, and popular fiction and non-fiction titles." ~Wowio

The digital content providers who were, at one time, purchased by PLATINUM STUDIOS (who also own the Drunk Duck webcomic site) copyright holders of "Hero by Night", "Atlantis Rising", and "Unique".

It was just a few years ago that Platinum, seemingly on fire as it scorched through the comic book industry making its mark, had BIG plans for wowio. The development of a digital comic book distribution system. Many readers may remember this, some may have even been a member/subscriber of wowio's.

I can't recall if any PLATINUM products were ever released through wowio. If so, they've been quiet for the past year, not the kind of press I'd be looking for when thinking of an industry changing publishing and distribution platform. In fact, the last stories I remember hearing about wowio had more to do with money being owed, than books being published here & here .

Today, less than two months away from the launch of another digital comic book distribution system, known as Longbox we sat down and spoke with Brian Altounian CEO and President of Wowio, LLC. about the state of digital comics, its past, its future, and a bit more.

To be fair, I did not ask Brian about anything financial and have no updated knowledge, one way or another, regarding debts owed by wowio. As far as this blogger knows, they've all been paid, I simply mentioned them as they were the last public stories I remembered hearing about them...

No. Platinum acquired WOWIO in July of 2008 but has narrowed its focus this year to be strictly on its core film and television business. I personally formed a holding company that acquired 100% of WOWIO from Platinum on July 1 of this year.


When it was acquired by Platinum, WOWIO’s business plan was changed to a more sustainable model. Initially, WOWIO was providing free downloads of books in an effort to bring a large readership and a broad mix of publishing partners with the hope of attracting advertising dollars. The problem was WOWIO was paying the publishers regardless of the existence of paying advertisers, a model that you can imagine was not sustainable.

We changed the model to allow publishers to set the price of a download so if the reader wanted to download the book, there would be a revenue event for the publisher even if the download was not sponsored with advertising. In addition, we created a web-browser reader that would allow for free online viewing of the material in its entirety.

We did this to answer our publishers’ requests to find a solution to the distribution “channel conflict” the publishers had in some territories, where digital downloads might conflict with their distribution deals. The added benefit to this browser reader is it expanded our readership globally as we now have readers from over 188 countries worldwide.

3 reasons:
1) Ownership. Unlike the agreements that other providers have with publishers and readers, we believe that the downloaded file of an electronic book should be owned by the reader and the delivery of an eBook as a pdf file provides that. Once the file is downloaded by the reader, we will not betray the relationship by wirelessly removing the file from the readers’ devices, unlike Amazon.
2) Ubiquity. A pdf file doesn’t require a designated device to download and view. Adobe is widely available as free downloadable software and pdf files can even be viewed on most handheld and wireless devices – this allows WOWIO books to be viewed by the largest amount of readers on the widest selection of devices.
3) Transmedia. At WOWIO, we believe that the wired, digital environment creates a new opportunity for a much more immersive and enriched reading experience. Additionally, pdf files have the capability of showcasing additional content within the file such as audio and video clips, as well as live web hyperlinks. We encourage our publishers to include additional content so the WOWIO eBook is NOT just an electronic version of a printed book but a richer experience.
An example of this is the WOWIO version of the public domain title “War of the Worlds” which, in addition to the full text from the novel and art from the original serial magazine release, it also has an audio clip of the 1937 radio broadcast of Orson Welles’ staging of the play, a newsreel video clip of Welles after he testified in front of congress and an additional audio clip of Orson Welles and author HG Wells discussing the impact of media on society – obviously, a much deeper experience than just reading the black and white text.
When the WOWIO ebook contains the equivalent of “DVD extras”, it becomes a differentiated product for the reader. Live hyperlinks throughout the text can also take the reader to online resources to extend the text as well. PDF files, downloaded by the reader, are currently the only eBook format to provide all of that capability.

Yes we are exploring other formats for specific audiences that would extend the immersive experience even further, such as an audiobook format. We will have more to announce shortly.

The print publishing business is experiencing unprecedented dropoffs in sales and distribution outlets for print material of all kinds such as comic books, graphic novels, books, newspapers, magazines and periodicals. While WOWIO remains one of the few outlets for the digital distribution of comic books, I still consider WOWIO to be in the content distribution business.

Our new motto at WOWIO is “Books. Evolved.” The internet has become both a resource for content and related material as well as a distribution channel – the smart approach would be to create an offering that takes advantage of that. We believe that the rich, immersive reading experience that WOWIO offers our readership is also a unique opportunity for our publishing partners to deliver content (and generate significant revenues) in a new and exciting way.

Well, since you now know my view on expanding the delivery of content to include audio/video, etc., you can imagine my sense of digital comics. I think there are a lot of variations of formats and functionalities that encompass the digital delivery of comics that it CAN be an extension of its print counterpart or contain enough additional content to be considered its own stand-alone version – either way, the delivery capability of the internet has created the opportunity for comics creators to reach a broader audience, which can include readers/viewers whose appetite for comic material may be entirely different from the traditional print comic book/graphic novel consumer. Feature film adaptations of comic material have already proven that notion throughout the years – in the end, it’s the storytelling appeal of the material that will sell.

I am a firm believer and proponent of the Long Tail Theory ~wikipedia:The_Long_Tail that describes the amount of revenues that can be generated along a longer time frame, yielding substantial results for smaller players who can be innovative in their marketing efforts. Limited shelfspace among dwindling distribution outlets, as well as lower overall demand relative to the major players, make it nearly impossible for smaller, independent comics creators to sell their wares.

The same holds true for the digital comics creators. The key to success here, then, is the creative marketing efforts employed using viral marketing campaigns amid the various online social networks to reach as broad an audience as possible. A story, well told, will appeal to a large audience over a long period of time. The other element of the Long Tail theory relates to what we call “genre-slicing” – that is, fans of a particular genre of material will consume almost any content that fits within that category.

Horror fans will consume, share, discuss, and blog about books, movies, games, comic books, and digital comics within that horror genre. SO, I believe that digital comic creators will need to create a great story or series of stories, produce them in multiple formats to reach a broad audience, and then aggressively market them virally across online social networks and genre destination sites to reach their specific fan base, who will, in turn, add to their marketingefforts.


Well, as I have mentioned, we are exploring additional media elements such as audiobook and other formats for our readers to broaden their collection of material. We are exploring new revenue-generating opportunities for our publishing partners. We are looking at new corporate sponsorships and we recently launched a new non-profit initiative that will expand our readership greatly. Look for new announcements to come out over the next couple of months.

Sounds like Wowio has a lot going on!
Thank you for your time Mr. Altounian!

Caine
Posted by Jim Shelley at 7:22 AM