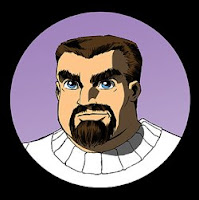 Note from Jim: During the month of July, I filled in for Pierre on Wednesdays while he's been working on a big animation project. However, today, Pierre is back with another column I hope some of you will find very useful! - Jim


Hi guys! This week I will talk about various tools that are rarely mentioned, but that can be a big help to anyone wanting to make some of them “silly comics”. ;)

Unless you have access to an FTP server, if you work for a client that is halfway across the globe, you will need something to share BIG high-resolution files with your client.

Most e-mail services have a limited amount of space for you to use to send files. So if you need to send some BIG…. if not HUGE files through the NET to your client…. YouSendIt.com can be a great tool to do so.

Disney Animation: The Illusion of Life

I often see “How to draw the Marvel way” or “Dynamic Anatomy” mentioned as books that are a must have to any aspiring comic book artists.

But never is the “Illusion of Life” mentioned.

I can already hear the comments “But… I want to draw comics… not some silly animated cartoons?”

Not only is this book a must have for anyone working in animation (whether 2D or 3D), but I believe that it can be also very helpful for anyone wanting to draw comics… or two draw period for that matter.

It is a great tool to learn how to give the illusion that something is in motion.

Too often, you will see people doing a fairly good job drawing talking head scenes, but as soon as you see some sort of action scenes, the work is not so good. Sometimes… it can get pretty obvious that they don’t have a clue how to properly convey any sense of motion.

That might be one of the reasons why too many comics if you ask me (which I know you didn’t ;)) are little more then pages and pages of talking heads. Why too often when there is an action scene… it happens “off screen”.

So do yourself a favor… and get a copy of that book. ;)

This could probably go into a blog about the various references that an artist need (which will come in the near future).

Although in this day and age, the easy way would probably be to use Google to find any references that you need… it can always be good to have at least a few catalogs close at hand.

You never know when your NET connection will be down for some reason… or heck if your computer won’t die on you all of a sudden. As a freelancer, you can rarely afford to send three days waiting for your internet connection to e fixed, or to wait while you get your computer fixed or go shop to buy a new one.

So having some of these catalogs is a good idea just in case.

Film Directing: Shot by Shot, the Grammar of the Film Language, and Understanding Movies

Again I can hear the comments “But… but… I want to make comics… not movies?”

Although these books are about movies… a lot of what is in there can be applied to making comics.

These will be great tools at teaching you amongst other things storytelling.

Often… it can make the difference between a poor storyteller and a great one.

Any of these books will make you go through some sort of paradigm shift. I guarantee it.

After that… you will never look at comics or movies quite in the same way. ;)

Again I can hear “But… but… but… I want to draw comics… not to be a historian?”

Well knowing what happened before… even before you were born… can be a great tool.

The phrase “Those who don’t know the past are condemned to repeat it” is very true… especially when making comics.

Wayyyyyyyyy tooooooo often do I see people think that something is new, fresh and original, only to be forced to point out that “You know…. This has been done before?”

Knowing what has happened before will keep you from either repeating what has been done in the past…. Or allow you to repeat it fully knowing that it was done before.

But don’t worry…. No one can know everything, which makes it exciting. It gives it a sense of never ending discovery.

Heck not that long ago, I discovered the original Catman. All this time I though that DC had simply come up with a Reverse-Batman to act as a villain in the DCU.

But now I know.

So that sense of discovery will always be there.

There is always something new to learn.

I know it seems like a lot of stuff to read…. and even more… a lot of stuff to understand, but don’t worry about it. Don’t expect to read all of that overnight. It is okay if it takes a while before you can go through just one of them books.

And heck, even if you read all of them books, don’t be afraid, many years from now to pick one up and read it again.

You will discover some new things that were not there the first time you read it. Or you will realize that you did not really understand something you thought you understood the first time.

No the book will not have changed.

Until next time.
Posted by Jim Shelley at 7:01 AM