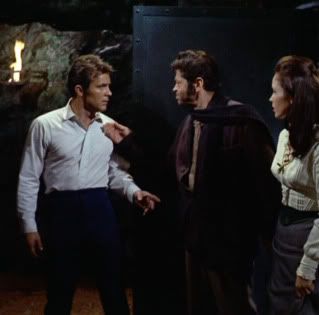 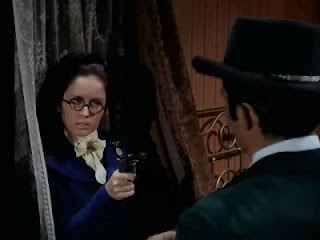 Trey: I think so, too. Judy Lang is good as Dr. Pringle, both indignant yet distracted by West's charms in the way these things go.
Jim: Me early in the episode: "I bet Dr. Abigail Pringle will eventually reveal there is a beautiful woman hidden in that librarian façade. Don't let me down 60s TV Tropes!"
Trey: Do you think anyone was ever actually surprised when that happened?
Jim: Not since the days of radio, I bet.
Posted by Trey at 7:00 AM