A year ago I asked How is your comic shop doing? as I was noting some troubling signs at Heroes and Dragons (HD) the biggest comic shop in Columbia. (Below you can see the huge Dragon that hangs from the roof.)

To me, it was clear the shop was having a problem of some sort that if not corrected would eventually lead to it closing. Another sign was the often near empty parking on the weekends. In the past this parking lot would have been overflowing with cars, but since the store stopped letting people play Warhammer, Magic and other games in the shop...well, you can see the results. 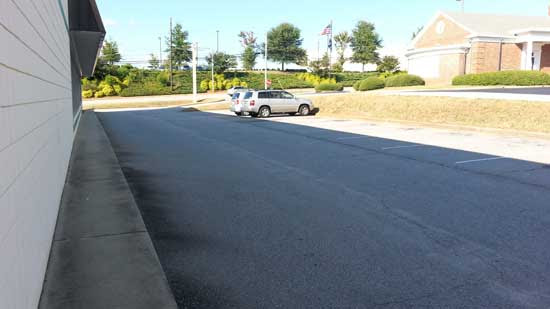 And now the shop has said it will no longer be selling new comics. 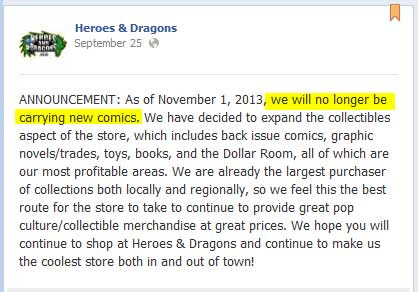 What makes this even more noteworthy is the size of HD. According to store owner Chris Foss, Heroes and Dragons is physically the largest comic store on the East coast. These pictures don't really give you a sense of the full scale of the shop, but trust me, it's massive. 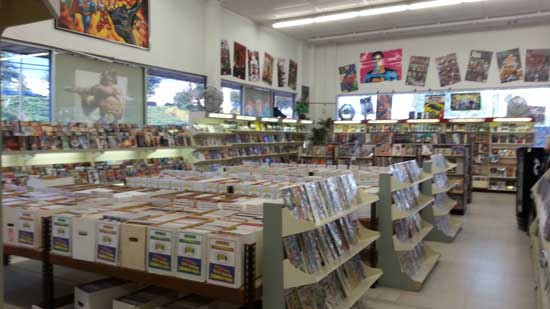 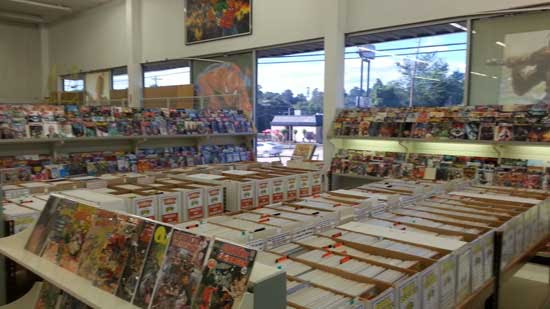 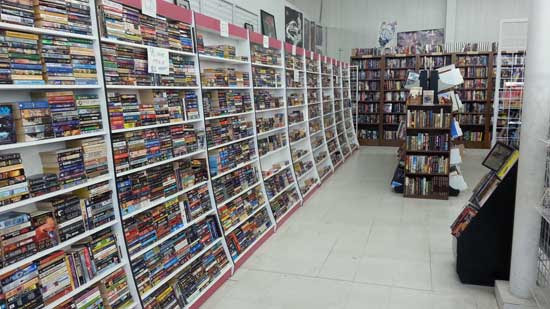 I've heard many stories of people driving several hours across South Carolina to get to this store. For over several decades, it's been pretty much acknowledged as the best comic store in South Carolina with a staff that has included many comic luminaries (Chris Sims, Chad Bowers, ect...)

So taken on face value, the news that the shop is going to stop carrying new comics is pretty jaw dropping. However, word has reached me from several sources that the current plan is for the store to continue offering subscriptions to some of the bigger weekly subscribers. However, most of the longtime patrons I've spoken to have expressed some practical concerns about picking up their subs at a place where they can no longer browse for new comics.

As MoSFan4Ever told me, he just didn't see any way he could practically use previews to plan out his comic purchases 3 months in advance every month. He's used to being able to look at some iffy titles on the new comics rack to help decide if he should buy them.

I suspect even with those customers who take Heroes and Dragons up on their offer to continue their subs, there will be churn in two ways:

The Loyal Customer who fades away
People who try to continue at HD because they have store loyalty but over time will gradually find themselves buying more stuff from a shop where they can get new comics. These people may find themselves even starting a second sub at their secondary shop. As new titles come on the market, they will add them to that sub, not the HD sub. And given the way titles are cancelled and rebooted, it wouldn't take long before the HD sub is down to the bone.

The Timid Customer who just disappears
People who want to quite outright but are not bold enough to say so (you’d be surprised how many comic buyers fall into that category, but I’ve seen threads on Bleeding Cool where many fans confess to not being able to tell their dealer they want to leave the shop) This group can be a killer as sometimes they just let their stuff pile up in folders until it reaches a dollar amount they can no longer pay. Then they just quit coming to the shop altogether.

With all that said, I totally get why a shop might throw in the towel on new comics. I think this recent news article from the New York Daily News on the closing of SunnySide Comics says it best...

Comic shops are struggling to compete with video games, online retailers and eBooks.


[Sunnyside] sales plummeted 80% since the height of the comic book craze in the early to mid-90s, he said. And they’ve fallen another 35% in the last 18 months, he said.

From the article we get this quote from Comic Book Collecting Association President Steve Zarelli:


Comic shops are struggling to compete with online retailers, which can sell the books at a fraction of the price of brick-and-mortar stores.

Comic shops are fighting a two front war. On one side are slicker, more efficient ways to buy new and used comic books:
On the other side are the unpredictable business practices of the big two comic companies that have resulted in some hard to gauge product launches and 90's style variant cover barrages like:
Currently, not counting HD, there are 6 other comic shops in Columbia:
That sounds like a pretty healthy number of stores for a burg the size of Columbia, but one has to wonder. If a store as large and fabled as Heroes and Dragons no longer thinks it's worthwhile to carry new comics, how are the smaller stores faring?

Here in the Niagara region (Ontario), I don't see anything that drastic in the near future.
I have noticed that the local St. Catharines shop, Mostly Comics, has been ordering fewer copies of new issues but still has a solid variety of new titles. And they are still mostly comics with about 1/4 of the store dedicated to other merchandise (toys, shirts, posters). In Niagara Falls, Pulp Comics just had its 4th birthday this past summer. It's going strong, having moved to a bigger store in the past year. They have a big selection of new comics but also a much broader range of merchandise (shirts, toys, games, costumes, etc). In both shops though, graphic novels do take up a big chunk of the floor space, maybe equal to the new/newer issues.

My retailer actually runs the comics shop for our local university ... and they understand that the moment he decides to leave that the rest of us will follow suit.

I want to go mail order, but out of loyalty (and friendship) I stay ... but part of me does hope he'll leave one day so I can also. OY!

In my area we have never had what you might call a true comic shop. Their was a general purpose hobby shop that carried comics which is how I first discovered indys and manga. I remember a painful 2 year period before then where all the spinner racks in town I was used to getting comics from vanished so that hobby shop probably saved my interest.

After that it's always been gaming stores specializing in Warhammer and such that also happen to do comics.

That said, down in Roanoke there's B&D Comic Shop that's been going strong since the mid 80's.

I think a lot of it just depends so much on the area and the clientele.

Of course there's also things like Diamond having what amounts to a monopoly but never gets called on it. The "wisdom" of the industry having ever gone all-in on the direct market, and just how much longer will fans put up with DC and Marvel's constant squandering of their trust.

There are actually six comic shops in Columbia, SC aside from H&D. Those that you mentioned as well as Cosmic Ray's. Just wanted to let you know.

@Anomymous - Thank you! I was not aware that Cosmic Rays even existed.

It sounds like an interesting series. I will check it out

If You are searching Online comics for your Kids, than you don't have to go anywhere, you can find a veriety of Comics at Discounted Price at Lootbargain.com , we have Great Collection of Comics with free Shipping facility.