This week saw news that Marvel is relaunching Defenders as an all female team called Fearless Defenders. 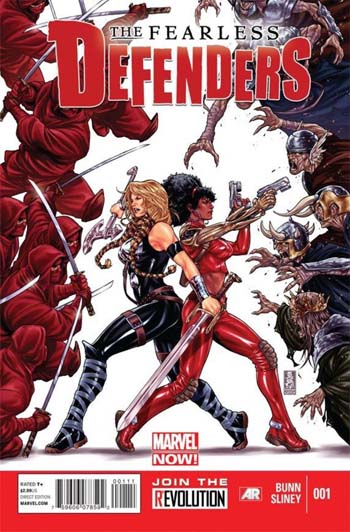 My first thought was, "Good luck with that." As Marvel just got finished cancelling their  latest incarnation of Defenders written by Matt Fraction which only managed to last 12 issues. (It had one of the most precipitous second issue falls in the history of comics.) Part of me wants to say people just aren't interested in the Defenders anymore (and that may be true) but as I thought about it, I realized - Most Team Books have failed during the last ten years.

Check out this bandwidth hogging list of cancelled team books that have come out in the last ten year:

Yes, I know we all love the old John Byrne Alpha Flight, but you can't go back. 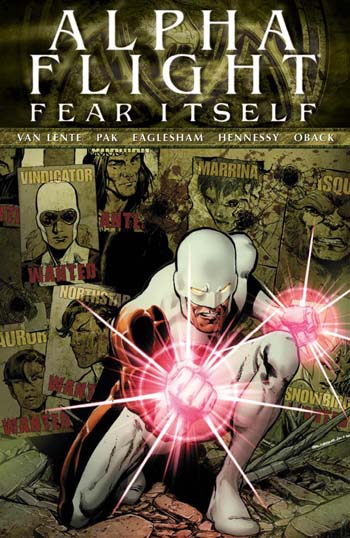 The Outsiders title will appear on this list in several incarnations I'm afraid. 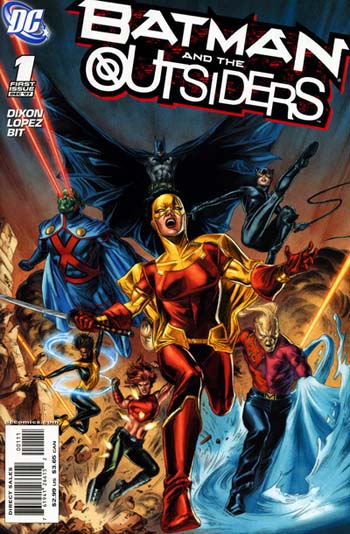 These next three comprise a hat trick of failure. DC just won't give up on the Doom Patrol will they? 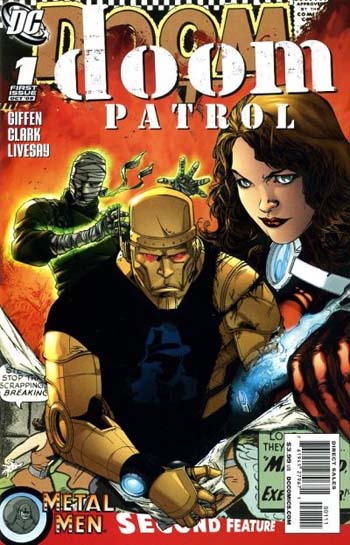 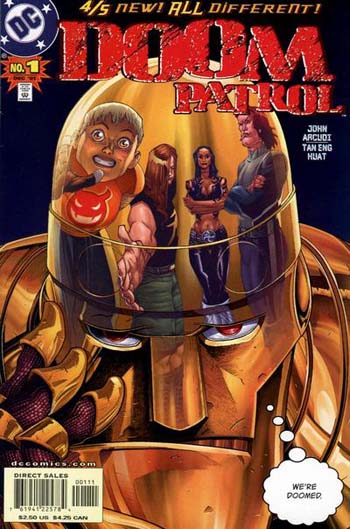 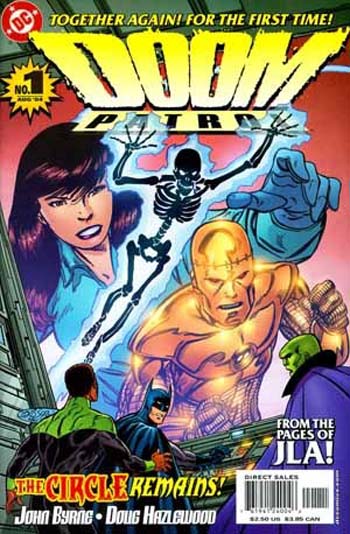 There is Guardian's of the Galaxy movie coming out in 2014, so that should mean we'll see the next version of this title lasting longer than its predecessors. 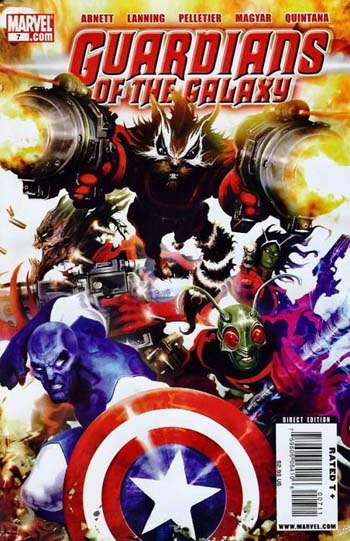 This revamped Infinity Inc. came and went so quick, I have no idea how good or bad it was. 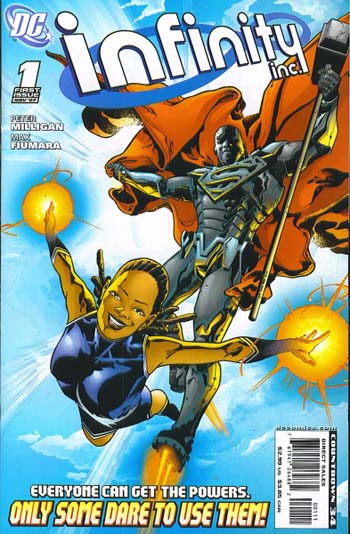 This title had the unfortunate duty of following up a really good revamp/incarnation (Justice League: Generation Lost) As it was, this title was so bad, it was in the first wave of DC 52 causalities. 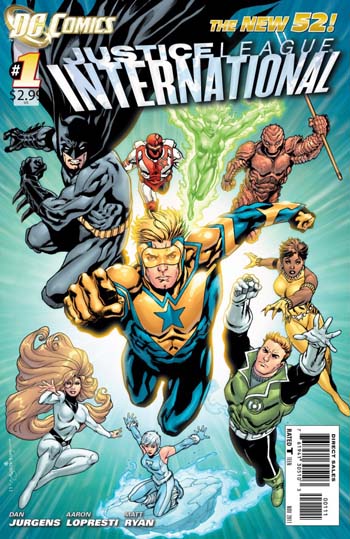 Nextwave was an interesting book at first, but a little Warren Ellis goes a long way. 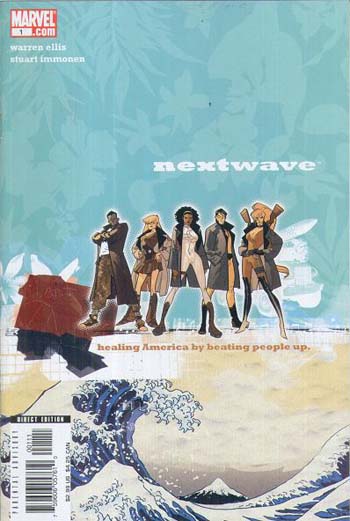 The announcement of this version of Outsiders caused a bit of a ruckus over at Newsarama where a reviewer by the name of Jess Lemon (a pseudonym for a famous blogger) had the temerity to suggest that it was filled with tired and retreaded ideas. At the time, Lemon's words are heresy, but ten years later, it turns out she was right. 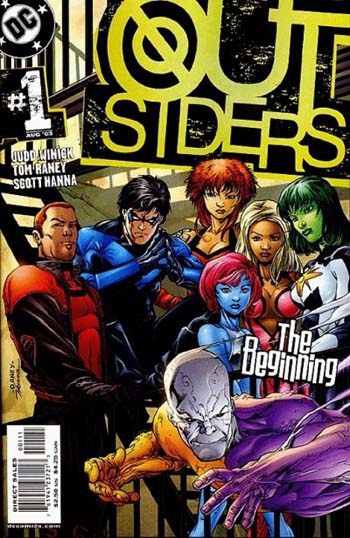 I have a soft spot for The Power Company simply because Busiek found a way to ressurect Simonson's Manhunter.Unfortunately, my soft spot was not enough to keep the title around for long. 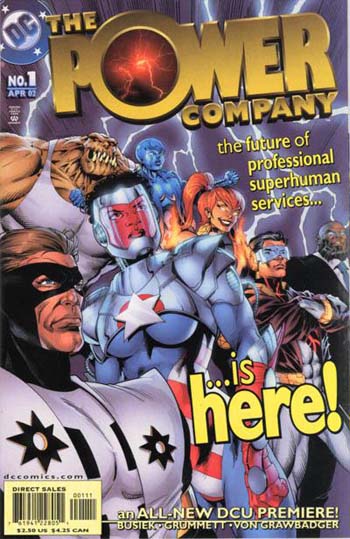 Secret Six was a Gail Simone's take on the Suicide Squad, and I have to admit, it was pretty good at times. Not good enough to make it into the DC 52 relaunch though. 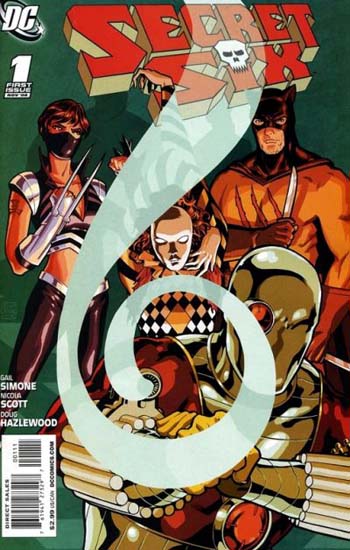 The most notable thing about The Order is it was originally going to be called The Champions (which might have given it more legs in the long run.) however a lawsuit kept Marvel from using that title. But a double whammy of then unknown Fraction and generic name spelled doom for this book. 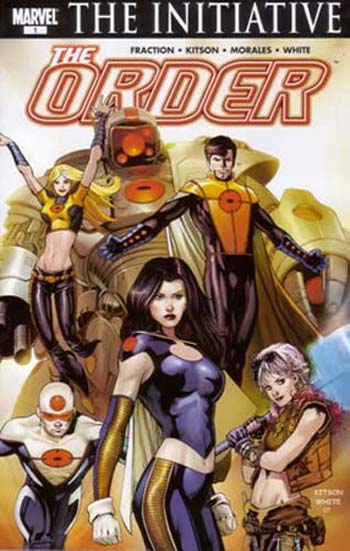 Like the Doom Patrol, DC wants you to buy a Freedom Fighters comic. No matter how god awful it is. During the last ten years, they've had several ongoing and mini-series under that name. 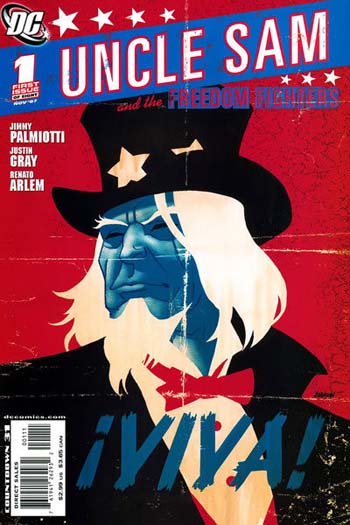 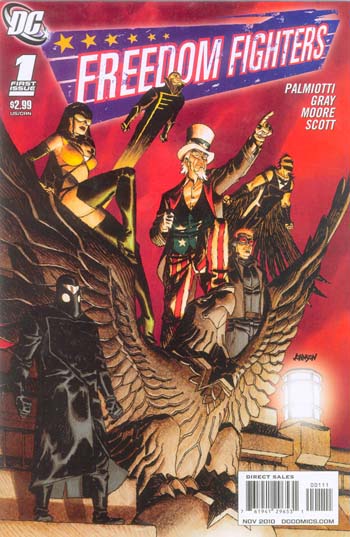 I was reluctant to put this title on the list simply because in some ways, it's a bit like Neil Gaiman's  Sandman. It really couldn't be continued without the original creators. Still, its sales didn't justify it continuation so it makes the list. 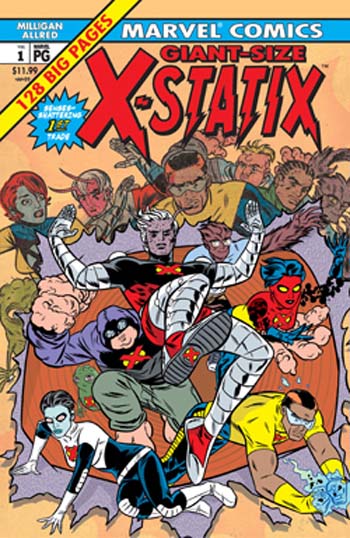 Young Avengers might have last longer if the writer hadn't left in mid story (or whatever happened.) 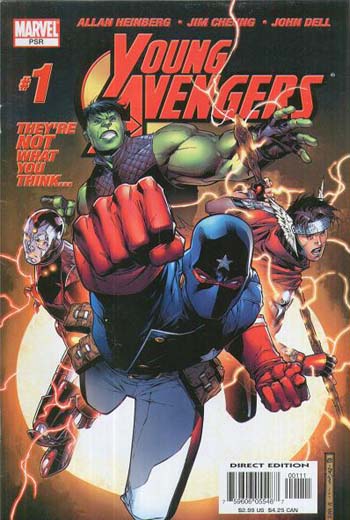 It wasn't until I started making this list that I discovered Marvel had tried another go with New Warriors. It sure didn't last long. 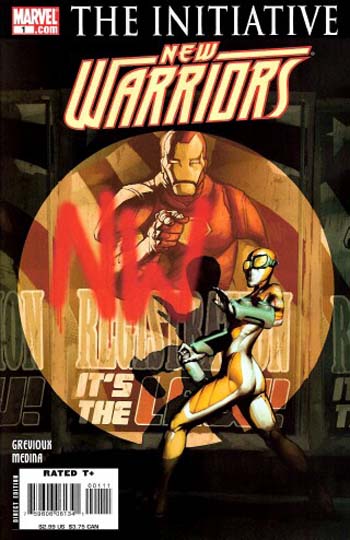 Runaways was a nice attempt by Marvel to try and do something different, but it just never caught on. 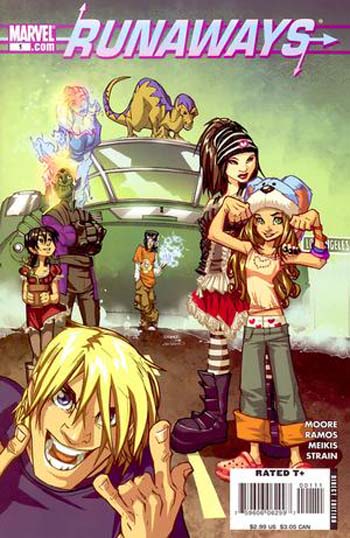 Shadowpact was a DC Supernatural Character book written by Bill Willingham. Sounds like a slam dunk, doesn't it? Unfortunately, it just never caught on. 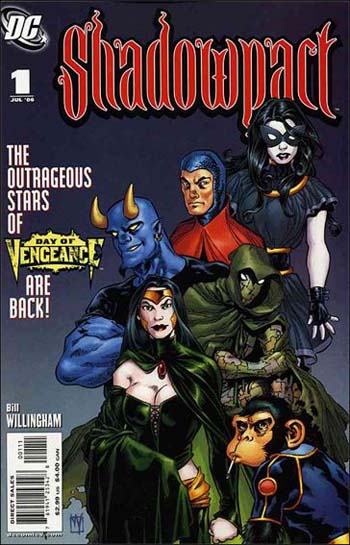 Currently, here are the list of new Team book that were introduced in the last ten years that have not been cancelled yet:

Of the books on that list, only Secret Avengers, Teen Titans and (strangely) Red Hood and the Outlaws are really what I would call healthy.

So you can see why I have my doubts about the success of Marvel's Fearless Defenders.

Looking at my list, were any of the comics listed one near and dear to your heart? (Like The Power Company was for me.)

The problem with launcing teambooks?

It's a hold over from the days when X-Men was the number one selling title in all of superhero comics.

In the case of Alpha Flight I think about 98% of its appeal was that it was a John Byrne joint spun off from their appearance in his run with Claremont on X-Men. Minus John Byrne they're just another superteam in a superhero universe with too many teams already.

With the Outsiders minus Batman and Jim Aparo (or Alan Davis) whatya got really? At least having Batman as leader gave it some distinction and the aforementioned artists made it pretty to look at. None of the other Outsiders attempts even have that going for them.

..and there again, a superteam in a universe with an overlflow of teams. What's to distinguish the Outsiders? They're young and angsty? Yeah, can't get that anywhere else can ya?

If you're gonna do a teambook in a superhero universe filled with them you're gonna have to have something that really makes it stand out from the crowd and it can't just be stuff like "Oh this is the superhero team that is the black ops murder-death-kill squad that the Justice League is too sissy to be." Because guess what? There's a bunch of those to.

There's a number of books on that list that I went "aw man, I loved that one!" but in review I realize that I dropped them somewhere along the line and never bothered to go back after they were canceled... some I didn't even KNOW were canceled, apparently thinking they were still out there somewhere plugging along after I stopped reading. It's not for a lack of going back and reading runs of titles that interest me, it's not for these being very long runs, but outside of Power Company I don't think I've read a single one of these start to finish.

I dunno who and what that says things about.

furbud 27
I'm glad that i'm not the only one that had a small place in their heart for The Power Company. Have any of those characters been used anywhere else in DC continuity?

i'm glad that I'm not the only one that had a soft spot in their heart for Power Company ;)

@Matt - you know Matt, your comment about the over abundance of young and angsty superteams struck a thought with me. What if someone wrote a book about a bunch of old guys on a team. Not so old that the book degenerates in to Golden Girls yuks, but more along the lines of grizzled old guys who still have a couple more good fights in them having to come out of retirement for some reason. Usually when people have a team of old guys, it's not any different than young guys (Geoff John's JSA was guilty of this.) There is never a reflection of old, conservative view points that you would see in such a team (which is what would make it interesting and different.)

@Luke - I think you nailed the very problem. None of those teams really had anything that kept a readership for more than 20 issues. The ONLY exception I can think of is Thunderbolts (which was definitely a more unique twist on the super team concept.)

@Just a guy called V - I wondered the same thing. Here's what I found:

Recently, the team appeared in the pages of James Robinson's Justice League of America title. They were hired to defend a S.T.A.R. Labs facility, only to be brutally defeated by Doctor Impossible and his new gang of villains. In a conversation at the JLA Watchtower, the Guardian mentions that all of the Power Company members are currently hospitalized, and that Josiah would've died had Mon-El not forced open his rib cage in order to help treat his heart.

Well in regards to your "old guys" idea, hasn't that been done before? There was the New Invaders, Avengers/Invaders and Invaders Now series/mini-series before. Marvel has also been using Captain America's age as a running gag for decades now.

IMO, the problem with team books is that they're no different from regular books.

"A supervillain attempts another (doomed to fail) world domination/destruction plot and ONLY THIS team can stop them."

Well thats STUPID. How is that any different from a generic superhero plot line? Teams like Avengers and JLA get a free pass cause they've been around for so long, but newer teams? Do we REALLY need the "New Avengers"? Do we REALLY need X-Force? Is Wolverine REALLY on 5(?) different teams at the same time AND is the headmaster of a school?

Great article. i didn't realize team books were failing at such a rate.