A little known fact about Jim (the Editor & Chief here at the FBU): he's not a fan of the broad spectrum of concepts that make up the Vampire and Werewolf genres. If you've had a chance to read any of our comics here then you'll know there aren't any "traditional" vampires (if you can label vampires that way) in any of our stories.

We have monsters a plenty! A league of them as a matter of fact. You can read about them here. 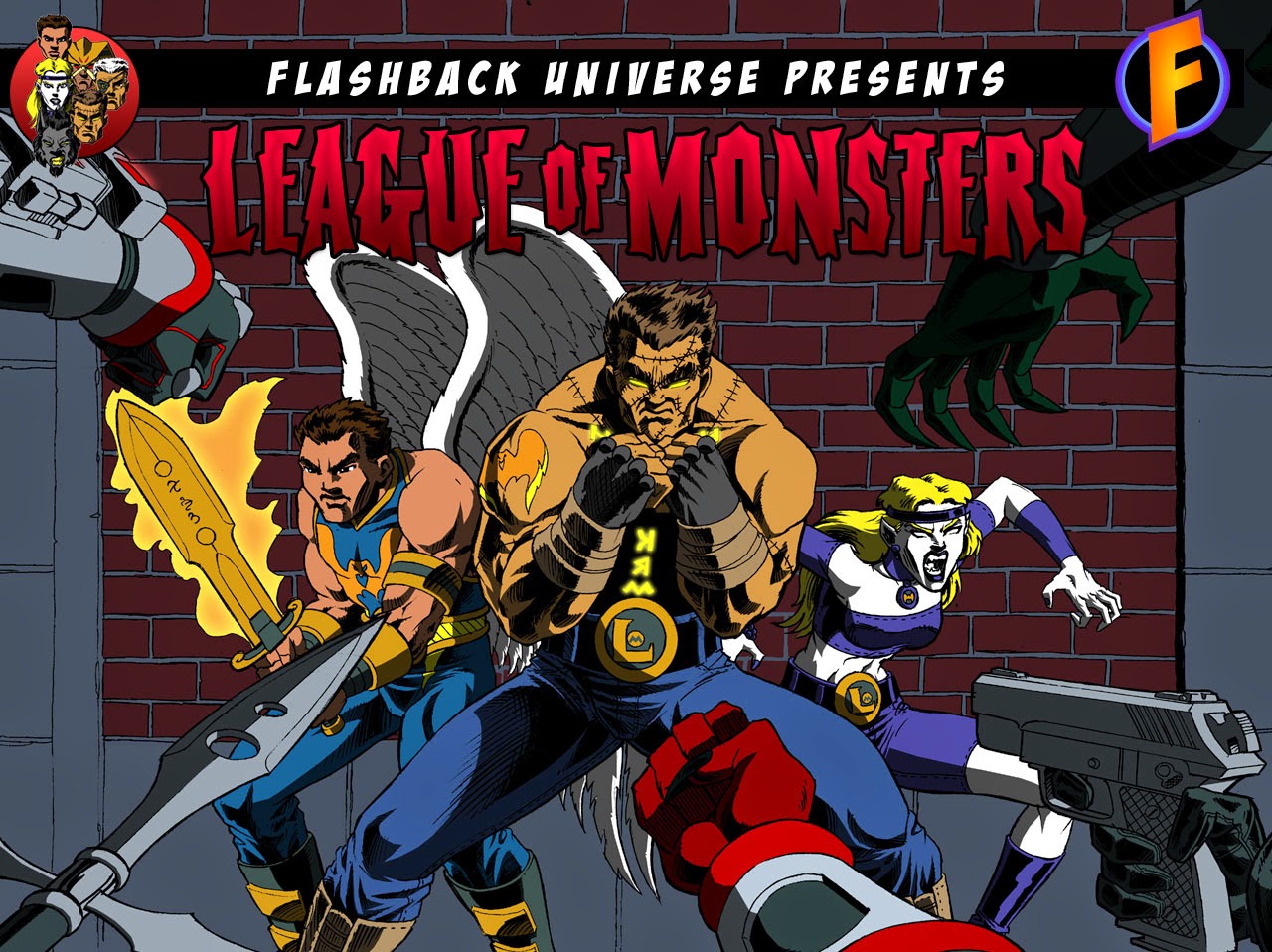 There are no traditional vampires however. What if we did a story with Vampires or Werewolves in them? Which Vampire or Werewolf would you prefer to see?

Would you feel short-changed if you came to read one of our comics expecting one vampire concept, but got another? Do Vampires and Werewolves have the same impact in genre fiction that they used to have? When a vampire is used in a story is it then a horror story? Is it a comedy story? Is it scifi?

I know a writer can make any story feel like any of those options listed above and more but what would be your knee jerk reaction to a vampire story? Has it changed in the last ten years?

Lets look a little further at BLADE. A vampire (of sorts) who's made a new resurgence in the Marvel U as of late in more than one book. First a little background: Marvel has recently decided to bring the Marvel version of vampires into the new millennium. They started by killing off the Marvel U version of Dracula, dusted off the concept of what a Marvel Vampire was and wasn't, and have let their updated vampires loose in the modern Marvel Universe.

Nowhere is this more prominent than in the X-Men book which has been moved to San Francisco that is now seemingly crawling with vampires. Where there are vampires, there's also Blade... 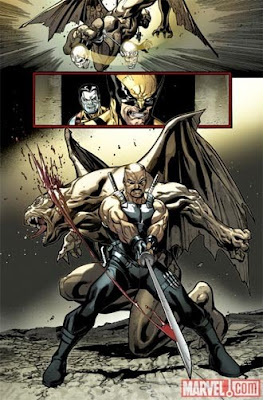 In the X-Men Comic (above) Blade is very much the way we remember him from the Wesley Snipes movies. He's lethal, on a mission, and not about to let anyone get in his way. With just a few panels they manage to hint at the eventual dual between Blade and Logan. This version of Blade even looks like the character from the recent movies.

This version of Blade can be found both in X-Men and his own new title Blade: Curse of the X-Men but there is yet another style of the very same comic, in another book all together being released at nearly the same time....


The Ultimates3 version of Blade is much more like John Shaft but with fangs and a sword. In fact, Blade's opening scene has him in bed with a couple lovely ladies (I think it's 3) just before all hell breaks loose.

So as a fan you may find your self, as I did, standing in front of the Marvel comic book rack at your local LCS. You begin flipping through comics, your excited that Blade seems to be back in a big way (he's going to be in 3 books). Your so excited in fact that you're going to read a few pages of both X-Men & The Ultimates3 before you take them up to purchase them.

What are the chances that one of them is a let down? If one is, will it sour you on buying both of them? Would you go home with a comic with Blade in it?

With Blade, Twilight, Buffy, I Am Legend, and Dracula, only six of the many different vampire concepts in circulation today it's pretty clear that the vampire genre is a convoluted genre indeed.

I think Jim, Pierre, and my self would rather have our fans focus on our great comics instead: where the golden age meets the digital age.

There is just such an utter deluge of them in popular culture right now I don't know what's more obnoxious, vampires or zombies.

..but if you're going to do them then have them be villains. No sympathy for the devil this time. None of this sort of "oh the poor vampire he is so tragic but so beautiful" or this sort of "yeah they kill people they're hot and/or badass so that makes it ok."

I think for Flashback maybe you could take inspiration from the classic Universal Studios Bela Lugosi style Dracula. As a supervillain he could be like a suave and classy version of Dr.Doom with Transylvania as his Latveria.

Thanks for the comment. I decided to leave out the fact that I'd pitched Jim a story where Raven is trapped in a confined space with a couple of men who turn into Werewolves - similar in structure to the first Die Hard.

It was after this pitch that I learned of Jim's feelings on both archetypes.

I'd pitched a vampiric street gang for another story (also featuring Raven) but Jim had the brilliant idea to change the gang into something else - maybe one day the FBU readers will get a chance to read it as the script is finished and ready. :)

@MattComix - I think you are on the right track with wanting to bring a air of aristocracy to the character type. I would also add a bit of exclusivity in that not *everybody* can become a Vampire, but rather only a very select few bitten by Vampires actually turn into Vampires. The others either die or become horrible monsters (similar to Wild Cards Jokers) this would lend the character type a bit more cool factor in my mind.

@Caine
I look forward to seeing that one day!

@Jim
I like that. Reminds me of the Orphenoch monsters from Kamen Rider Faiz.

Maybe that's how rank and class are decided in this villain's kingdom. In Transylvania he's at the top with other vampires being the upper-crust, monsters are the second class and normal humans are considered the lowest. Some of these poor saps even dream of becoming a vampire the way some folks in our world dream of winning the lottery.

We should read this post to know about the facts of flashback universe because it can help us in custom essay writing services and we should share these facts with others also to create a flow of most beneficent knowledge.

I would like to thank you for the efforts you have made in writing this article. I am hoping the same best work from you in the future as well. . Buy spects frames online


Nice line use and good image this post. this post will be effectively thanks for sharing.
Online Assignment Help