The End of the Fantastic Four?

Over at Bleeding Cool, Rich Johnston has rightly called attention to what seems to be a disturbing trend by Marvel to downplay references to the Fantastic Four in all of the 75th anniversary promotional materials. Johnston suggests that the underlying reason is that Marvel (Disney) may be waging a covert war against Fox, who controls the rights to X-men and Fantastic Four. (Unlike the Sony Spider-man deal, Marvel does not benefit from merchandising in the Fox deal.) 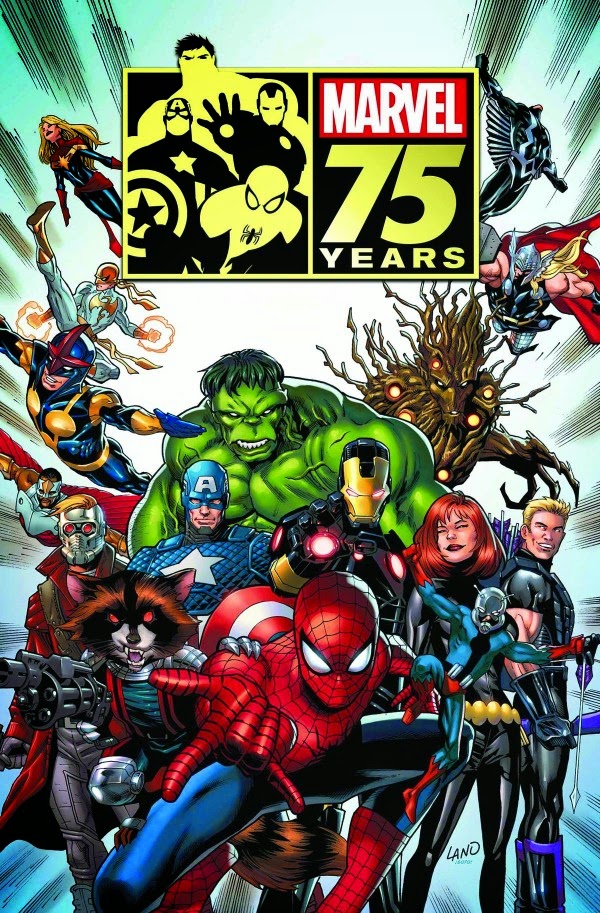 When was the last time you saw a Marvel promo poster that didn't feature Wolverine? Instead of The Thing and Storm, we have Iron Fist and Ant-man. The inclusion of the Ant-man, Guardian's of the Galaxy characters and Iron Fist is clearly meant to work with their upcoming movies and Netflix show, but some others are a bit harder to explain. (Black Bolt, Ms. Marvel, Nova) --- unless there are upcoming movies for those properties. I think I have heard some mention of an Inhumans movie.

Still, outside of the conspiratorial Hollywood games, is it reasonable to think Marvel might cancel (or at least bench) The Fantastic Four for a while? I think so.

For one thing, the property was just recently, re-relaunched (in the wake of a prominent Marvel Now relaunch) with writer James Robinson. And while Robinson's star status isn't what it used to be during his Starman heyday, he's still a writer with some marquee value. Unfortunately, his turn on Fantastic Four isn't really producing much better sales than Matt Faction's was about a year ago (when it was decided to relaunch the title.) As the number crunchers at ComicsBeat put when reviewing comic sales for April...

No re-order activity and sales continue to drop. Fantastic Four will probably drop to its previous sales low of 28k within a few months...

I don't blame Robinson for this. The list of writers who have worked with the Fantastic Four in some manner over recent years is like a who's who of modern comics: 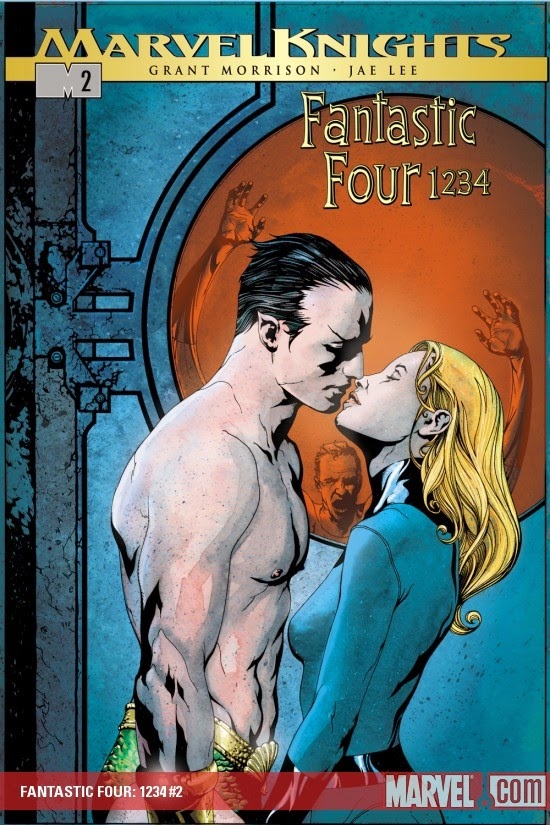 Hickman's run was the most successful in recent years, but even it lost its momentum towards the end. And Marvel ultimately decided Hickman was too valuable a writer to waste on FF, so they put him on pretty much Avenger title they could think of.

Now, in the past, it would have been unthinkable for Marvel to not publish (what many consider) to be their flagship (spiritually, if not financially) title. However, Disney doesn't really care about that. As I've said several times before, Disney doesn't concern itself with printing its own comics. It licenses many of its successful brands (Donald Duck, The Fairies of Pixie Hollow, The Disney Princesses...) to other publishers. 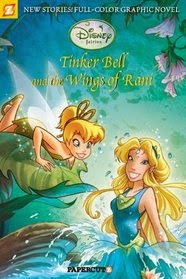 I could easily see the combo of no money from movies or merchandising and poor selling comics could definitely resulting in at least a temporary hiatus.

Interesting. It seems odd to leave out the X-men though who are valuable to them in comics, animation, and non-movie related merchandizing (which I assume Marvel gets the money for, and I suspect is more valuable than movie merchandizing). Maybe their plan is to "starve the beast" and then get the rights back, but that's a dangerous game ans it runs the risk of reducing value of the characters, in general. Such a strategy would suggest comics are indeed all about the movie IP now.

Also, it's a bit of a stretch to call Morrison Fantastic Four limited "recent years" when it was over a decade ago.

Remember when MARVEL was about comics and comics fans? I'm about done with these games. Of the last four new comics I picked up this past Wednesday were "Brain Boy", "Southern Bastards", "Sovereign", and "Inhuman" ... the last being the only Marvel in the bunch ... I see a big absence of Marvel from my pull regardless of reboots and relaunches.