What Could Scare The Legion Of Monsters?

Here is an appropriate cover for the Halloween season: Marvel Premiere 28 featuring the Legion of Monsters! 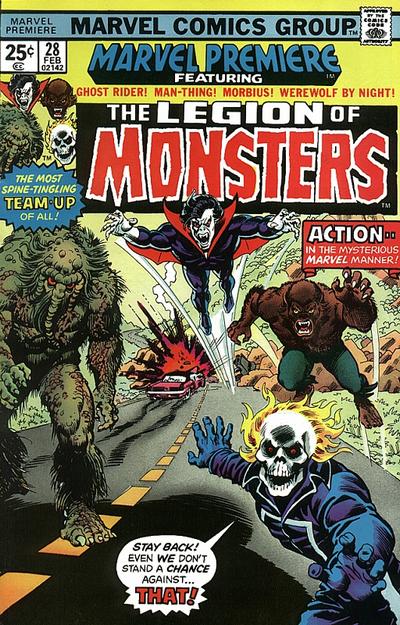 Looking at this cover you have to wonder, what in the world could possibly be so terrifying to all these ferocious characters?

Could it be an attack from an Atomic Age threat like Rro, Grottu or Fin Fang Foom? 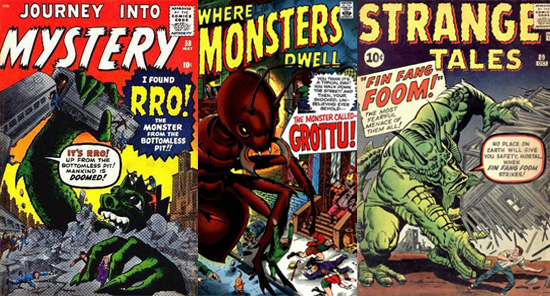 Or the awakening of a long slumbering Elder God? 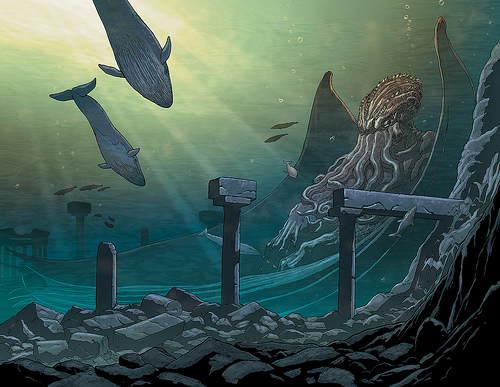 Or maybe it's some new version of the Creature Commandos! 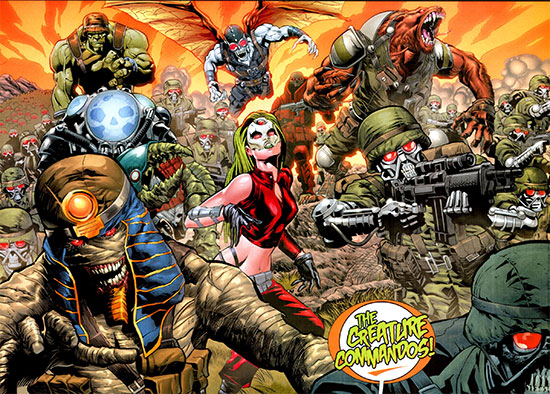 Ah...apparently, none of those guesses are correct. 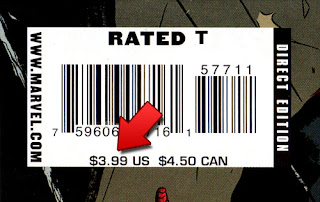 Happy Halloween!
Posted by Jim Shelley at 7:37 AM No comments: 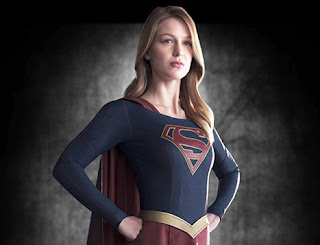 Was Darkseid the Real Mastermind Behind Identity Crisis? 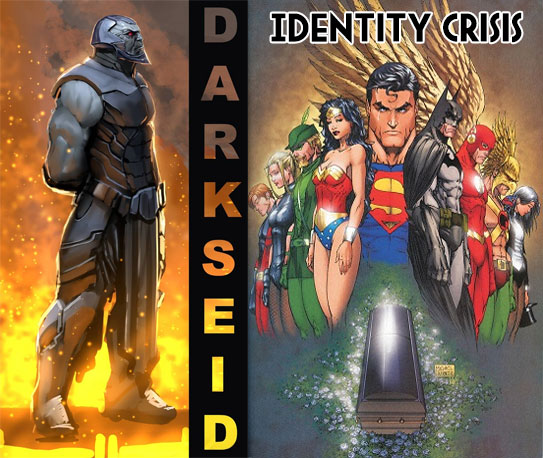 One of the most controversial stories of the 21st century is DC's Identity Crisis. Among the many gripes people have with the series is how is that Jean Loring (the Atom's ex-wife) is able to commit the murder of Sue Dibney (the Elongated Man's wife) without being caught right off the bat. Here's the facts:

In a desperate attempt to rekindle her romantic relationship with Ray Palmer, aka The Atom, Jean Loring attacks Sue Dibney by jumping on her brain. Whether intended or not, this kills Sue and presents Jean with the problem of how to cover up her involvement in the crime. 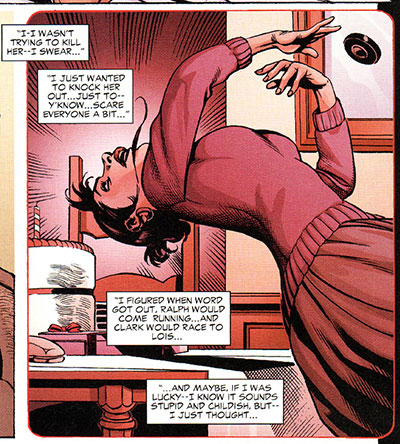 But fortunately, demented Jean has brought along what appears to be a Flame Thrower "just in case" as she says.

Using this supposed Flame Thrower, Jean is able to remove all traces of evidence that she was the culprit. So effective is she, that the combined powers of Mister Miracle, The Atom, The Ray, The Metal Men, Animal Man, Superman and Batman (off panel) are unable to find any clue as to who killed Sue. 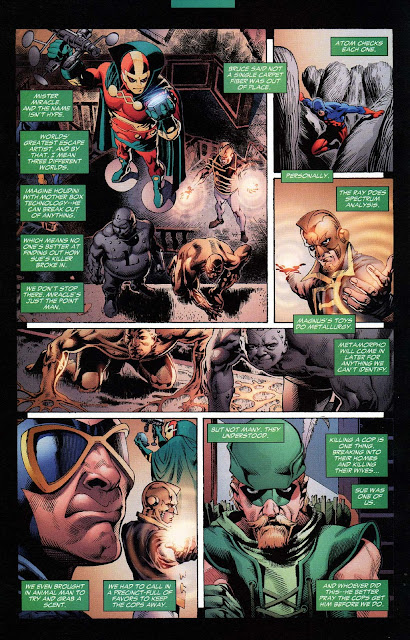 Here are some questions that defy explanation:

It's obvious that this was no simple Flame Thrower, but was in fact a device designed specifically to remove any trace of Jean's involvement in the crime. Who would have the technology to create a device that could remove all evidence of a crime and avoid detection by a New Gods Motherbox?

Only Darkseid, that's who. 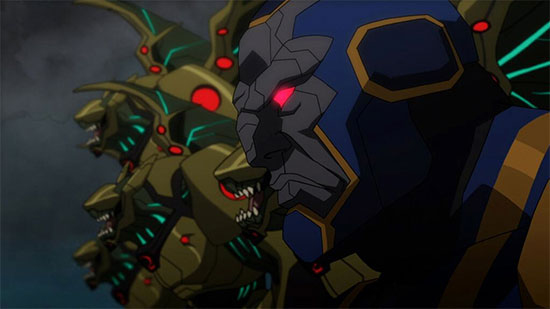 But why would Darkseid want to kill Sue Dibney? I believe the real target was someone else and that Sue was merely the catalyst for a chain of events that would lead to another death in the series.

Later in the series, as the heroes try to track down clues by interrogating super-villains, the Shadow Thief stabs Firestorm with the Shining Knight's magic sword. 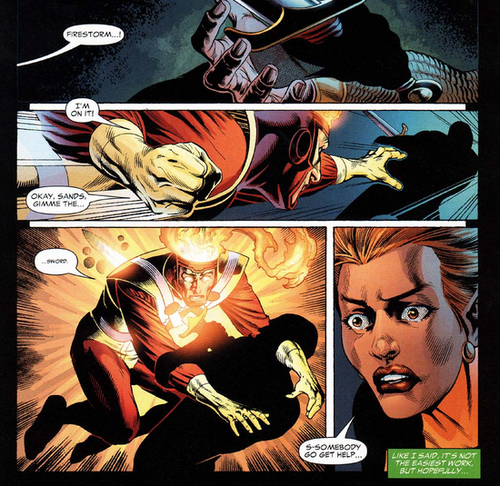 Because of the sword's magical properties, this essentially kills Firestorm.

I submit to you that it was Firestorm's death that was the real goal of the Identity Crisis schemes.

Why? It's simple. Of all the heroes, Firestorm is the only one who could easily counter Darkseid's Omega Force beams (as well documented in Justice League of America 185) 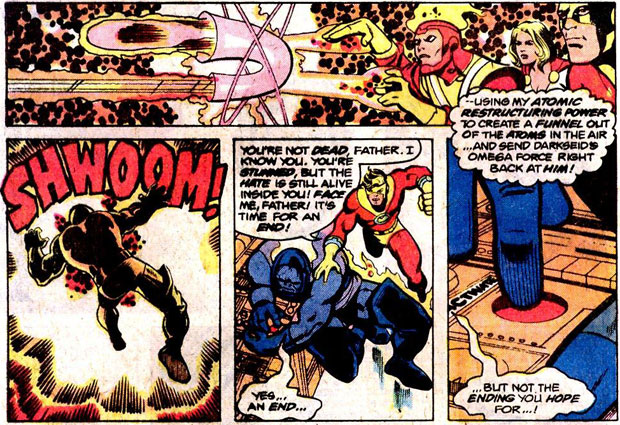 After events in JLA 185, Darkseid would work in the shadows and with intermediaries to try and kill Firestorm. Check out this scene from Fury of Firestorm 76. 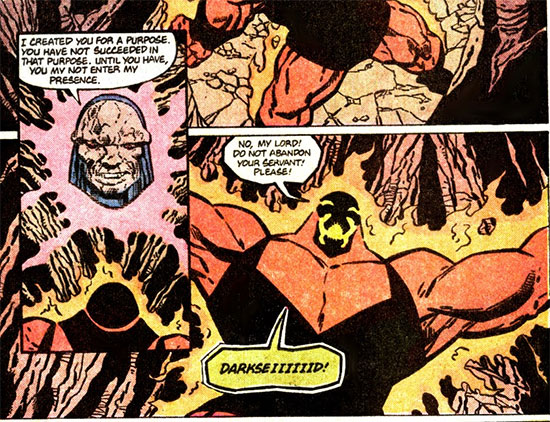 In fact, all during the late 80's Darkseid was sort of obsessed with Firestorm appearing in in Fury of Firestorm 5 times according to the DCGuide.com:

The only other hero that Darkseid concerns himself with as much during this time period is Superman. The difference is that with Superman, he directly confronts the Man of Steel while he seems more afraid to have a one on one with Firestorm. 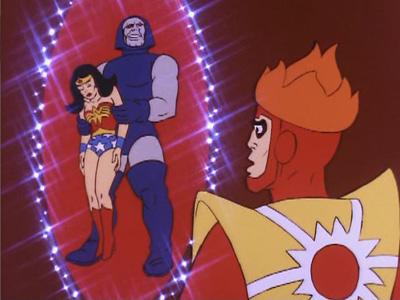 It's notable that after the events of Identity Crisis, when Firestorm has been reformed with Jason Rusch, that Darkseid no longer is afraid to deal with him face to face. 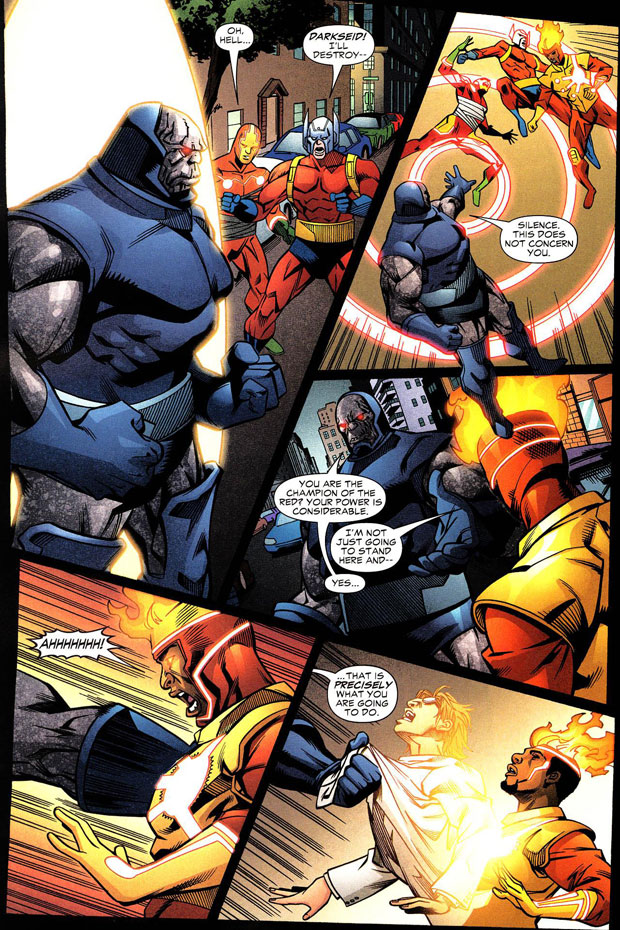 It appears that the new symbiosis between Jason and Martin Stein isn't as formidable against Darkseid. Shortly after that, Darkseid would initiate his boldest attack against the earth, as chronicled in Grant Morrison's Final Crisis.

So here's what I think really happened.

Darkseid manipulated Jean Loring's mind and gave her a device that would provide her a way to kill Sue Dibney undetected thus sending the heroes off looking for a villain who might have some information. He then somehow manipulated the Shadow Thief into attacking Firestorm with the Shining Knight's sword. 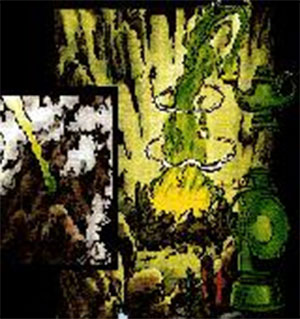 The real question is, how did Darkseid manage to get Firestorm on the same team as Shining Knight? It seems like there is a piece of the puzzle that's missing. Was there yet another party involved who had the power to perform such manipulation?

To answer that question, we must look ahead to what happened to the Shadow Thief. At the end of Brightest Day he was driven insane by the powers of the Starheart. The Starheart is the magical force that powers Alan Scott's power battery.

As the Green Lantern Wiki says:

Around the time of Blackest Night (very close to the time of Identity Crisis)  the Starheart began to subtley influence events in order to empower itself by taking control of several beings across the face of the Earth as well as driving certain Metahumans insane.

Is it possible that Darkseid found a way to manipulate the Starheart's powers to set Firestorm up for death?

The world may never know.