A Villain for NorthStars: The Krampus

When casting about for a villain for my NorthStars comic, I wanted a character with some ties to the holiday/Winter season. A few names came to mind (Old Man Winter, Burr, The Snow Queen, ect...) None of those characters really grabbed me until I stumbled on the legend of the Krampus, a horned creature originally from Germanic folklore who punishes children during Christmas. 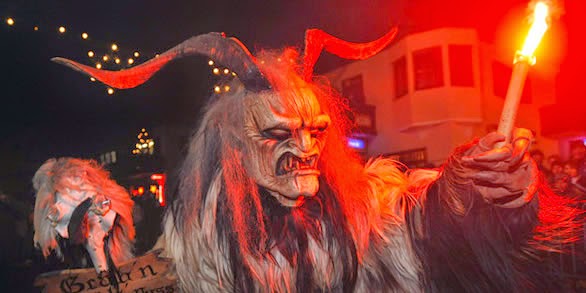 Googling revealed that not only was this character ideologically perfect for a villain for my comic, he also seems to have a bit of a fan following. Haigen liked the idea of the character as well, but suggested (rightly) that we make him more kid friendly so he would fit in with the rest of the comic.

I drew up a rough idea for artists Anna Liisa using my limited skills...

...but I suggested she find a way to incorporate horns into the design. I felt like not including horns was a bit of a cheat on the concept which might get me pinged by fans of the character. Anna Liisa rose to the challenge and this is what she came up with: 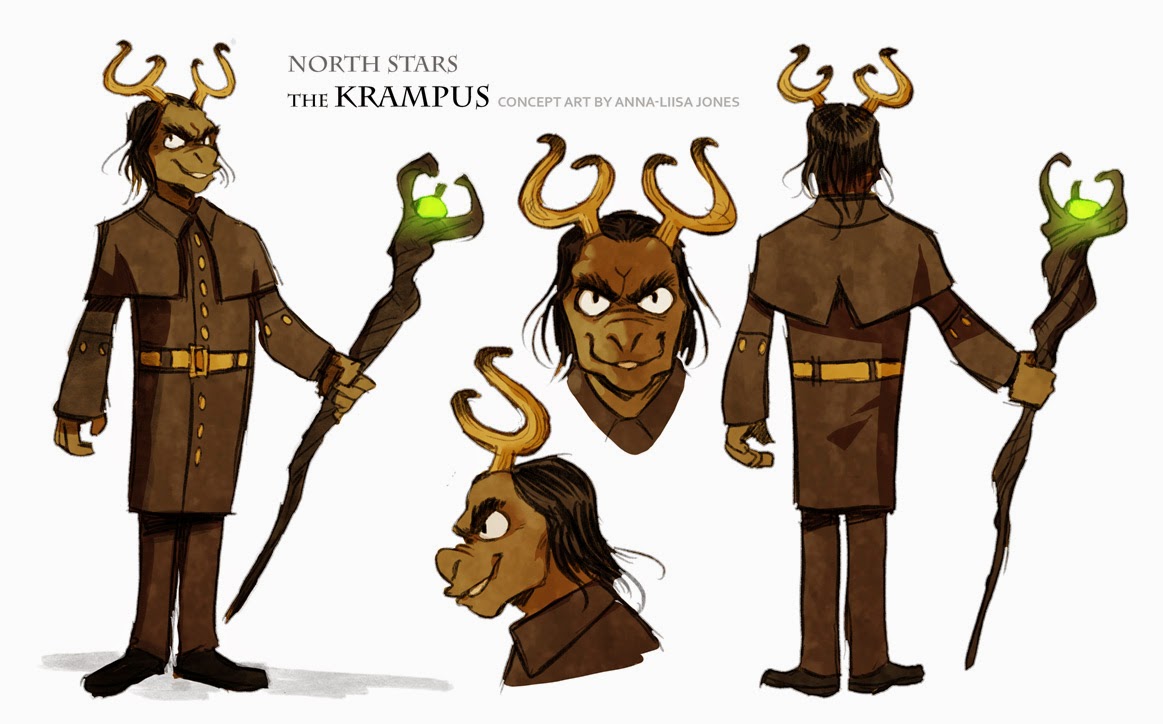 She made some very nice changes in my design:

Next up, his minions!

You did a pretty good design sketch. I'm impressed. I didn't know you had it in you.

wow. I had never heard of the Krampus before, and I just listened to a podcast a couple days ago that talked about a krampus horror movie (anti-clause - Kevin Smith). And now this.