Does DC need to get lawyered up?

Over on BleedingCool there is an article with a statement from Aletha Finger, granddaughter of Bill Finger, which suggests DC might have to gear up for an upcoming legal battle:

My grandfather has never been properly credited as the co-creator of Batman although was an open secret in the comic book industry and is widely known now. It is now my time to come out of the shadows and speak up and end 75 years of exploitation of my grandfather, whose biggest flaw was his inability to defend his extraordinary talent. Due to what I feel is continued mistreatment of a true artist, I am currently exploring our rights and considering how best to establish the recognition that my grandfather deserves.

For those of you not familiar with Bill Finger contributions to the Batman, check out this image of what Batman would have looked like prior to his input: 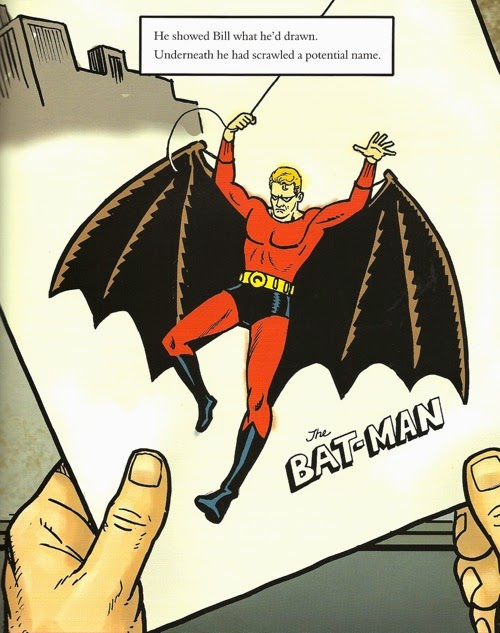 image from Bill The Boy Wonder: The Secret Co-Creator of Batman

The short version is this: Bob Kane hired Bill Finger to write the Batman comic series. During his time on the book, it was Finger who created:
As you can see, pretty much everything we think of as the Batman mythos was created or co-created by Bill Finger. Yet, while DC is legally obligated to acknowledge Bob Kane as the a creator of Batman, Bill Finger never gets credit on any comics, movies or television shows.

The question I have is what is prompting Aletha Finger to take action now (rather than during the Nolan Batman films which seems like a more natural timing?)

Could be it just took them a while to get their ducks in a row and find legal representation they though they could work with.

The Kirby case being heard by the Supreme Court?

@John Matthew Stater - I just googled that and I believe you are right. I think Trey is right in some regard too. That the Supreme Court getting called in might be one of the ducks that needed to happened for Legal representation to feel like the case might be worthwhile (it would be worth a lot of publicity at the very least.)

Judging from your post, it isn't even an unreasonable thing. She just wants recognition for her grandfather, and not really a cut of the profits from Batman or anything.

@Reno - I agree. If that's really all she wants, then why not give it to her...unless the wording in the Kane licensing deal strictly forbids giving anyone else credit.

Considering the first Batman story was lifted in writing AND art from a specific issue of THE SHADOW, I'm thinking that maybe a couple other guys might deserve the credit. But, it shows that if Finger was the main writer on that first issue, he and Kane were working closely together in swiping.

Commissioner James Gordon is the real name of the title character from THE WHISPERER whose nickname is that of another Bill Finger creation, Wildcat.

The story of Batman being inspired by being surprised by a wayward bat is almost identical to the origin of another pulp hero called The Bat. The origin of Two-Face is a direct lift of the origin of The Black Bat (as are Batman's finned gloves) despite the two companies almost suing each other over the near simultaneous publication of the first appearance of their respective heroes.

The Joker gas probably came from "The Master Mystery" by Arthur Reeve, a very chilling scene where some scientists are poisoned and laugh themselves to death. Also features an automaton, a literal man of steel also referred to as "a superman".