The End of The Marvel Universe

This week Blair gives us his opinion on the recent news that the end of the end of the Marvel Universe has been made official: Note - there may be one than one post on this topic this week as this has been a widely discussed event among many of the contributors to his blog. - Jim
I am not happy.

In fact, I’m pretty pissed off about this week’s news that the Marvel Universe as we know it coming to an end. The 616 Marvel U is being smashed into the 1610 Ultimate Marvel Universe to form the basis of a new Marvel Universe once Secret Wars is over. And it looks like this may be the dreaded Marvel reboot that the longtime fans have feared for years. 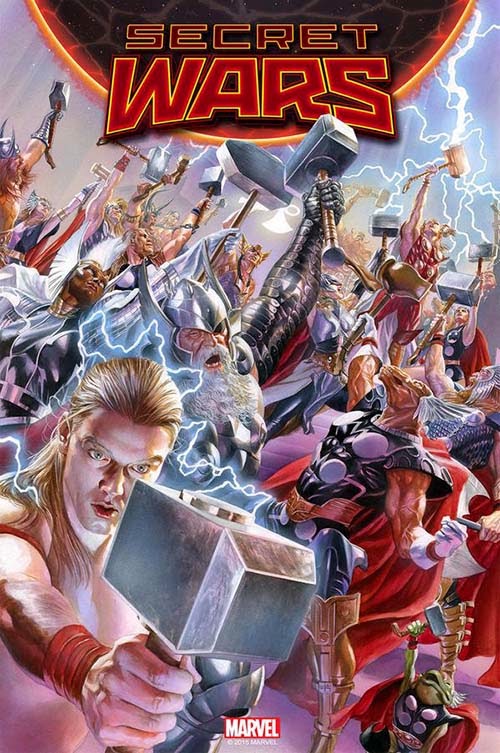 It doesn’t help when Marvel Editor-in-Chief Axel Alonso uses this analogy to describe the results “Imagine two pizzas: They're going to combine toppings, some toppings are going to drop off. And that is the Marvel Universe moving forward.”

I understand the ridicule that comes with being a grown man who loves superhero comics. But I am so far past caring about that at this point. I’ve loved superhero comics my entire life, but I’m more of a Marvel guy than a DC guy. DC has a lot of amazing and iconic superheroes, but I’ve always identified more strongly with the Marvel characters.

Marvel also had the advantage of never having a reboot. At least, not a complete reboot. Every few years, Marvel creators tend to retcon out some aspect of its backstory that no longer makes sense in a modern context. That’s why Tony Stark now became Iron Man in Afghanistan instead of Vietnam. That’s why Mr. Fantastic and The Thing weren’t actually World War II buddies with Nick Fury once the ‘70s and ‘80s happened.

It’s a rolling timeline, and fans came to accept that because it meant that most of Marvel’s history was intact. We could overlook the fact that decades of stories were being condensed into an unrealistic ten to fifteen year time frame because it meant that our Marvel Universe never went away. For better or worse, everything in Marvel counted... unless it was unnecessarily retconned by later writers. 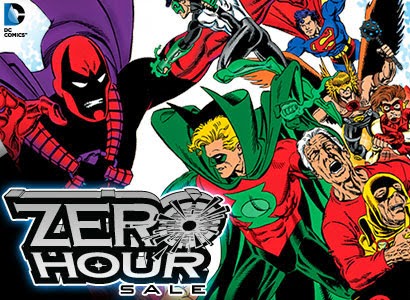 Having come to DC Comics largely after Zero Hour, I didn’t feel the same way about Crisis on Infinite Earths and the big changes that it made to DC’s comics. But for the old school DC fans, it must have been like the gut punch that I felt when The New 52 jettisoned most of the non-Batman or non-Green Lantern stories. That’s the problem with dumping so much history for  a reboot. I loved the DC characters just the way they were. However, I don’t feel the same connection to their new incarnations. They may look the same (with some newer costumes that are uglier than their old costumes), but they are most definitely not the same.

That was one of the reasons I never really got into the Ultimate Universe beyond The Ultimates and Ultimate Spider-Man’s early years. The first 25 issues of those Ultimate titles felt like something fresh and special, which I largely attribute to Brian Michael Bendis and Mark Millar bringing something new to the table. However, at no point did I ever want the Ultimate Universe to supplant the Marvel Universe. If you were a comic fan 14 years ago, you may recall that as a constant rumor that never came to pass. Unless it’s happening right now.

The thing that really bothers me about this is how unnecessary it is. It’s not like Marvel needs an excuse to slap a new # 1 on every one of their books. They do it almost every two to three years, and it’s rare for any title to hit # 50 in this era. As for accessibility for the fabled new readers, that was the initial goal for the Ultimate comics line. And it actually worked for a few years before it was bogged down by the weight of its own continuity. If they try that again now, history will only repeat itself. 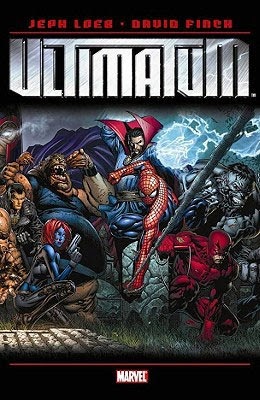 When Millar left the Ultimate books, the line never recovered. Bendis has kept Ultimate Spider-Man going, but the only thing still worthwhile in the Ultimate Universe is Miles Morales. That’s it. Do we really have to go through Secret Wars just to transfer Miles to the regular Marvel Universe? Because you know that’s gonna happen. Most of the Ultimate Universe’s greatest heroes have already been killed off (mostly by Jeph Loeb), and I was okay with that because it wasn’t in the “real” Marvel Universe and a lot of those characters never resonated with me in the way that their 616 counterparts did.

It possible that Marvel is playing us all and the changes to the Marvel Universe will only be cosmetic. Maybe most of what we love about Marvel will be more or less the same after Secret Wars is over. All we know for sure is that this will lead to another round of multiple relaunches and numerous tie-in one-shots and miniseries.

But the powers that be at Marvel sure seem to enjoy making the fans feel angst about the fate of their comic book universe. Perhaps they’re right to do so if it means bigger sales and it finally brings in new readers. However, I am extremely apprehensive about the whole thing.

Alonso is fond of saying that Marvel’s history isn’t broken and the company doesn’t need to reboot even while he hints that this might actually be a reboot. To that I say, “you break it, you bought it.” I’ve come to realize that the characters’ histories are part of the reason that I care so deeply about them. Without their backstories, a lot of the same creations felt like empty ciphers in the Ultimate Universe.

If the same thing happened to the Marvel Universe, it might mean that I finally have to divorce myself from this side of the hobby that I love so much. I really and truly do not want to do that. Avengers and Secret Wars writer Jonathan Hickman has signaled his desire to take some time off from Marvel after this event to focus on his creator owned comics. I think Hickman is a very talented writer, and I just hope he doesn’t burn down the castle on his way out the door.

That’s how I feel about it. Unleash your opinion below!

I think your being a bit alarmist and perhaps buying the hype. All of the comments I have seen have Alonzo and others referring to what will happen during Secret Wars. Alonso talks about picking toppings but they are also adamant that "this isn't a reboot." I suspect it will mean a shift of some Ultimate Universe characters to 616, possibly the replacement of a few (ones no doubt that make it a bit more movie congruent), but largely just the addition of a few new faces.

I suspect it will largely be the same old Marvel universe with some altering to the status quo--something that isn't all new to Marvel comics, where Bucky is dead then alive or Psylocke is a purple-haired Caucasian then an Asian assassin.

Is it possible there plans are as drastic is you think? It's possible. But their coyness and seemingly contradictory statements suggest to me its mostly hype.

Until Crisis on Infinite Earths, both Marvel and DC were pretty much intact from the 1940s to the then-present.
Marvel had the "rolling timeline" and DC had to figure out how to keep still-active Golden Age characters young enough to function as superheroes (usually with magic).
The big benefit was that almost all of the earlier material was "in continuity", so that reprints like annuals and 100-page specials were worth collecting to see earlier stories of the characters you loved.
Crisis, unfortunately began a trend of revision and deletion that utterly destroyed even the slightest hint of continuity at DC, with characters like Hawkman becoming running jokes since his character, background, costume, and powers changed almost monthly.
Now, Marvel, after taking some "baby steps" in this direction, is finally doing its' own Crisis, creating a videogame-style universe where continity and even plot logic aren't needed.
"Flawless Fatality!", anyone?

@Britt - _If_ that's what there doing, but there's a lot of unproven assumptions inherent in what you've written there.

I have no doubt that some sort of "normal" (note the quotes) universe will eventually result from the mini, but, like Crisis, it'll be a "one from Column A/One from Column B" construct.

Considering the short-attention span audience they now consider to be their market, it's not a suprising development.
Even LucasFilm has decreed that all the non-movie Star Wars material (like Expanded Universe) previously considered "canon" has now been declared invalid, except for selected items, and those seem to be in flux as well.
To Paramount's credit, creating the "alternate" reboot Star Trek universe has turned out well, providing new angles while keeping the old continuity intact.

Too me it's sort of a moot point. I mean this is a Marvel Universe where we have things like this IN CURRENT CONTINUITY:

Wolverine being an actual wolverine
Mary Jane had her baby taken away from her
Mephisto and Brand New Day retconning
Iron Man, The Crossing storyline
Multiple Xorn's
Sins Past
Civil War


So much of that stuff has just sort of made the current Marvel Universe unreal to me. It sort of like when you see a comic book giveaway in Wal-mart with some new story in it. Your brain says, "Meh. That's just for kids. It's not really going to impact anything in the real MU."

Well, I'm at that point with pretty much all Marvel comics. They are just sort of one big What If story (Vol 2 - not the cool Vol 1 What If's)

Whatever they do from here, I suspect will only increase the rift I feel with the current MU.

Which is fine. There is lots of other stuff out there to read. :)

Again, I don't think you have any actual evidence for that assertion.

Again, you have nothing that says otherwise.
No extrapolation from previous actions shows any other resolution.
Freel free to present examples to bolster your point of view.
I suspect I'll be waiting a long time...

I don't really care any more. I read Daredevil.....will start Howard the Duck. I'm actually biding my time getting the paperback. Masterwork reprints of the 60/70s stuff. When they jettisoned Nick Fury for Samuel Jackson I gave up permenently on Marvel. and thai from a man who has the entire run of Thor from JIM 83 until Thor got cancelled. The first time,

Already adjusted my Marvel pull down to DareDevil, Punisher, and Moon Knight ... once those get too weird, I'll be Marvel free. Indies will benefit.

@Britt - That's not really the way it works. If you make an assertion of fact, it's incumbent upon you to provide evidence to back up that claim--or either admit it's just a "feeling you" have--which any reasonable person can point out is not factually based.

I on the other hand am not making any assertion of fact--other than to point out you haven't provided any facts to back up your assertion, for which I would say your response above is "Exhibit A", if you insist.

What does everyone think of the 'new' MU at this point, after SW, with no FF, the Thing and Human Torch gone to other groups, Reed and Sue are MIA, Inhumans are the new 'Mutants' of the MU...Wolverine dying, yet a dystopian future older Logan comes back in time, the original 5 X-Men back as well...

Thor is a woman, there are two people acting as Captain America..