The Real Origin of Batman?

In the comments section of last weeks post on Bill Finger, Golden Age aficionado Cash Gorman presented this interesting insight into the origins of the Batman comic. Here's what he said: 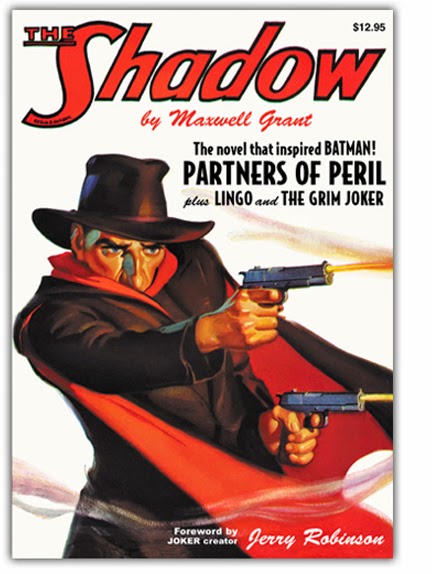 Considering the first Batman story was lifted in writing AND art from a specific issue of THE SHADOW, I'm thinking that maybe a couple other guys might deserve the credit. But, it shows that if Finger was the main writer on that first issue, he and Kane were working closely together in swiping.

Commissioner James Gordon is the real name of the title character from THE WHISPERER whose nickname is that of another Bill Finger creation, Wildcat. 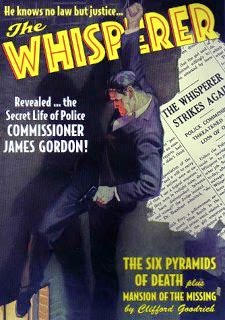 The story of Batman being inspired by being surprised by a wayward bat is almost identical to the origin of another pulp hero called The Bat. 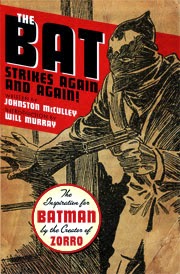 The origin of Two-Face is a direct lift of the origin of The Black Bat (as are Batman's finned gloves) despite the two companies almost suing each other over the near simultaneous publication of the first appearance of their respective heroes. 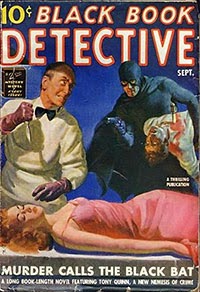 The Joker gas probably came from the 1919 Harry Houdini movie The Master Mystery by Arthur Reeve, a very chilling scene where some scientists are poisoned and laugh themselves to death. Also features an automaton, a literal man of steel also referred to as "a superman" 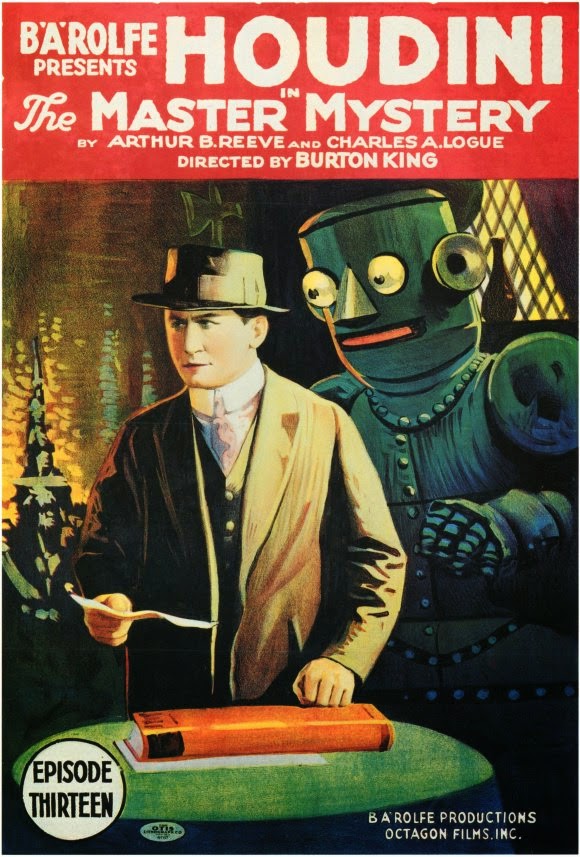 Editor's note: While looking for images to accompany Cash's comments, I also discovered that Bob Kane credits the 1930 mystery movie The Bat Whispers as an influence on the character: 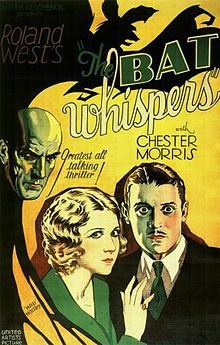 Notice how similar the title character's silhouette is to Batman's signature entrance.

What I think this all points to is that Batman was the culmination of  a lot of different pulp era influences distilled and refined into a character who resonated so successfully with readers that he survived long after the pulps faded in popularity. With that in mind, it's fitting that the connection was spiritually acknowledged back in the 70's when Batman met The Shadow: 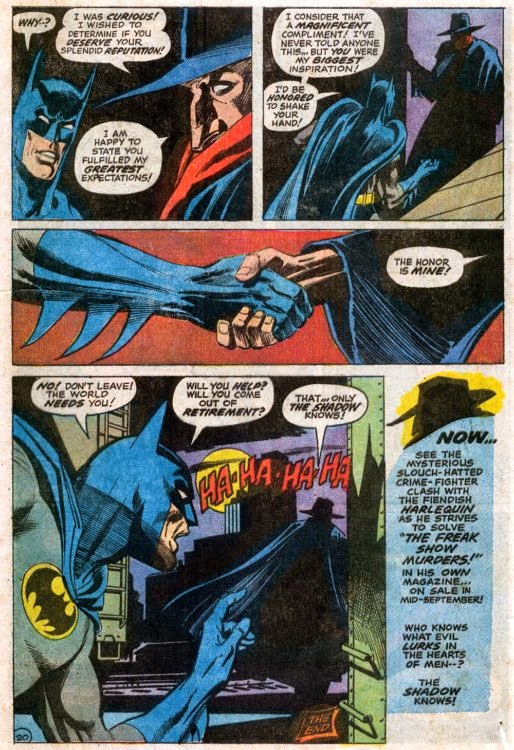 I liked the Batman Shadow team-ups. Some great art too. Interesting to note, as far as I know, it's actually in one of those team-ups that first addresses Batman's aversion to guns. His not using guns had never really been touched upon before, just assumed especially by the 70s, that most superheroes that didn't operate in the Old West did not kill or use guns. In the story, there is a psychological rationale behind it though, that Batman's refusal to use a gun is downright a psychosis and could get him killed. Interestingly, he's cured of this psychological block by the end of the story, but the idea seems to have stuck around, with later writers revisiting the idea that Batman hates guns.