The Mystery of Apache Chief

Today, I'm reaching out to readers of this blog concerning a question about one of the four non-DC superheroes Hanna Barbera created for the The All New Super Friends Hour in in 1977.

I am of course talking about Black Vulcan, Apache Chief, Samurai and El Dorado (pictured below with Rima who was actually a DC character and the Wonder Twins) 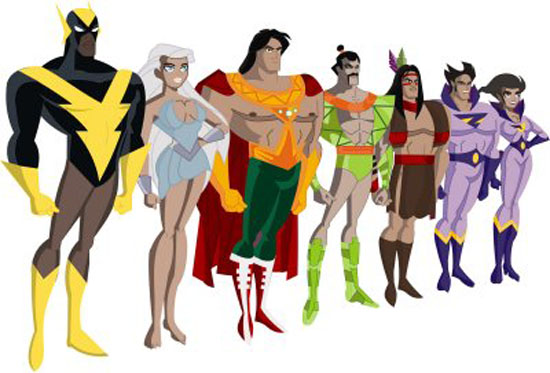 Here's my theory - I think HB want to to give the show a more multicultural feel and here's how I think it went down. HB asked DC if they had any superheroes who weren't white Anglo Saxons, whereupon DC replied with Black Lightning, Red Tornado, Martian Manhunter and someone else. 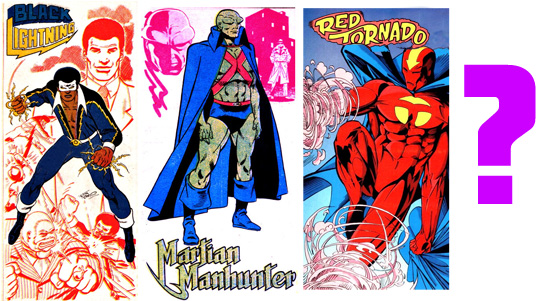 And while those characters are indeed non-white guys, Hanna Barbera wasn't satisfied with that selection, so someone inhouse was given the task of creating new superheroes for the show. The best candidates were creative producers Ken Spears and Joe Ruby though Jeffrey Scott, writer of the show at the time was unable to confirm this as of 2011. We do know Alex Toth designed the look and feel of the characters.

My theory that Martian Manhunter and Red Tornado were the inspirations for Samurai and El Dorado is pretty much based on the similarities in powers. 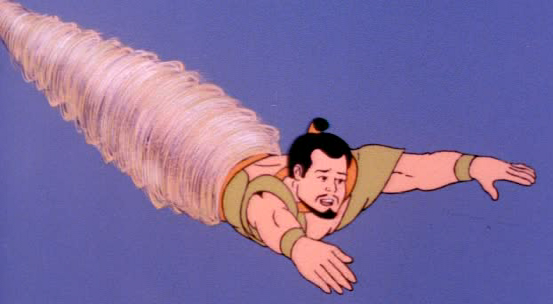 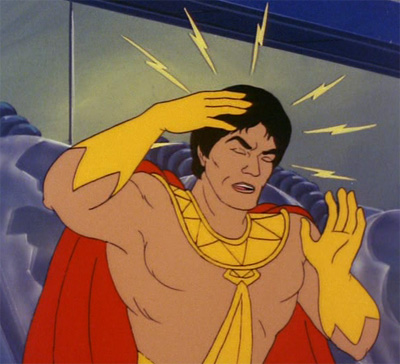 Even El Dorado's costume, with its open torso design is similar to Martian Manhunter's costume.


My question today is: Who was the inspiration for Apache Chief? 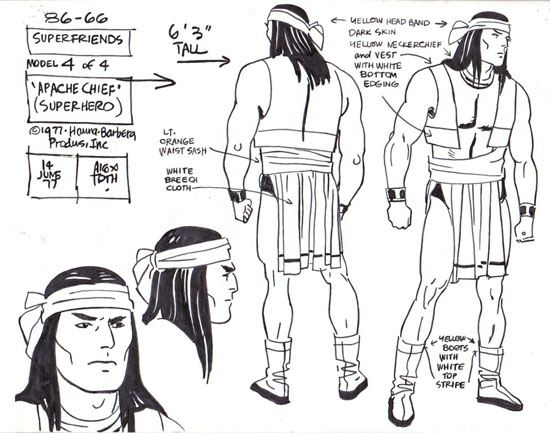 There were a couple of Native American Superheroes in the DC Universe at the time who could be likely candidates... 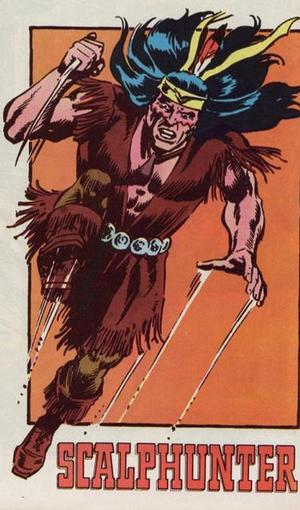 Though neither of them have powers similar to Apache Chief (not necessarily evidence that they weren't the inspirations, but it does seem like a break in the MO.)

My best guess is that AC was some sort of amalgamation of both characters. His name uses the Chief title but his costume design is closer to Scalphunter's.

Oddly, the back and forth on more multicultural heroes may have paved the way for another Native American character in the DC Universe: Dawnstar. 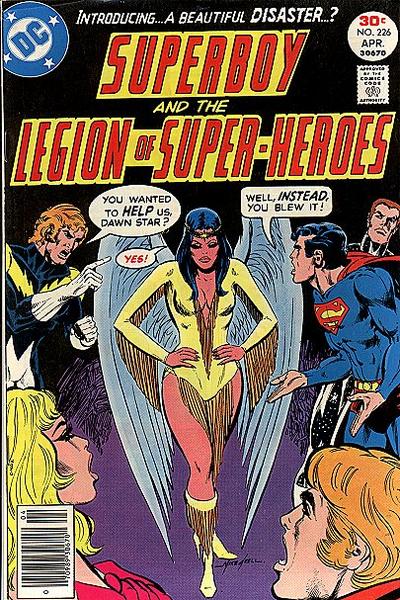 Her first appearance was in April 1977. Given that the prior year, talk of Hanna Barbera wanting more multicultural heroes may have been buzzing around the office, it is possible that Paul Levitz and Mike Grell were encouraged (either creatively or editorially) to create a new Native American character.

If anyone out there has anymore details about the origins of these characters, I would love to hear from you.

That's a tough one - Roy Thomas is a local SC resident. Next time I see him at a con, I'll ask him!

I think El Dorado might have been Black Condor from the Freedom Fighters. Possibly the racial element strangely enough might have forced the name change.