Today I've got a new cover from my collection of Lost 100 Pagers. This one is another spectacular contribution from Reno, who blessed us with the wonderful Paul Kirk, Manhunter 100 Pager last month. This one features DC's two classic swamp monsters caught in a life and death struggle: Swamp Thing and Solomon Grundy! I've also included some of my other favorite DC Hulks - Blockbuster, The Shaggy Man and The Invulnerable Enemy! 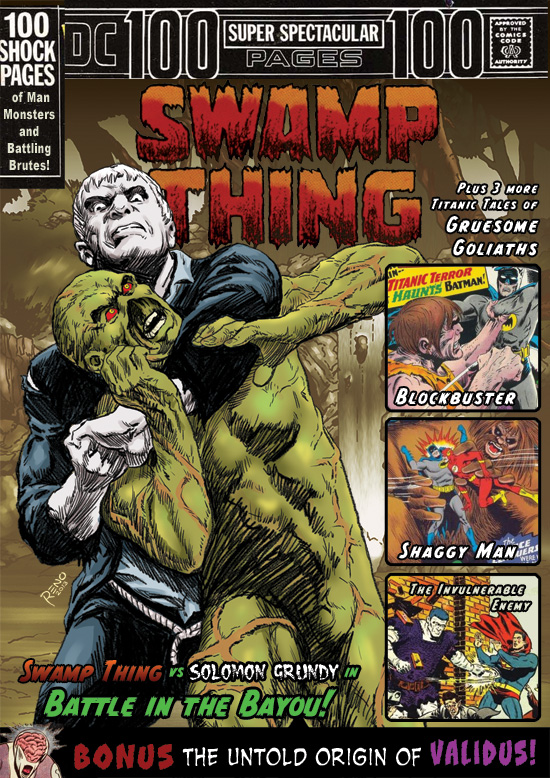 As with the last entry Reno gave us, I'm also including the original artwork so you can see it in all of its glory here below. (Click to see full size.) 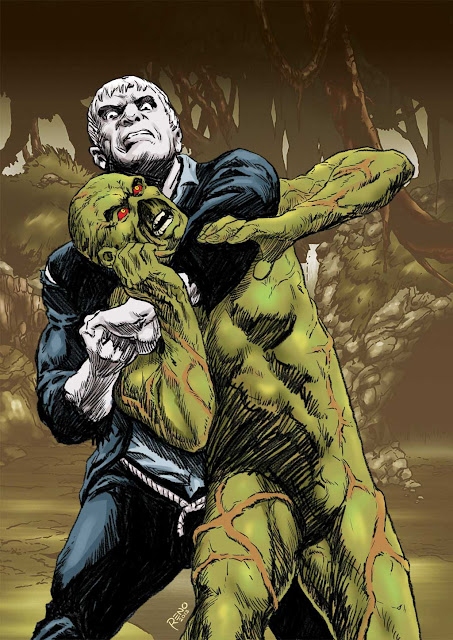 Strangely, with their shared environs, you would think that Grundy and Swampy would have battled quite a few times over the years (decades) but the only instance that I can find didn't even occur in Swamp Thing's book, but was instead in DC Presents with Superman. 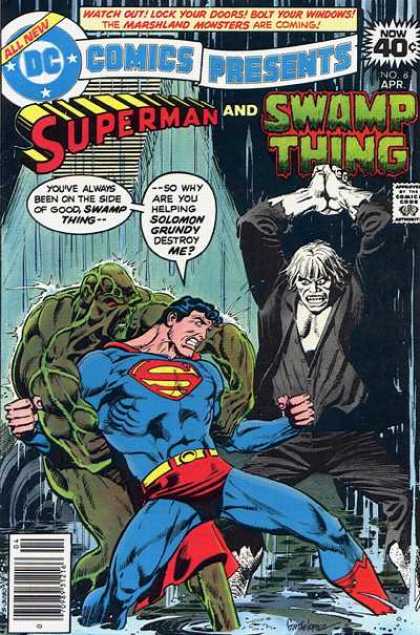 My memories of this particular story are a bit vague but I remember it being interesting with the Alec Holland Swamp Thing running experiments on Solomon Grundy's biochemistry to determine what kept him alive, only to discover he wasn't really alive - an answer which really only leads to more questions.

I've always had a soft spot for Solomon Grundy as he appeared in one of the first comics I ever bought. Over the years, there have been many different writers takes on the character (as one might imagine for a popular villain from the Golden Age) The writer who did the best job resolving the disparity between all these different takes was James Robinson in the pages of Starman, wherein he showed us that Grundy was sort of a roulette wheel of personality variations and each time he died, he came back with a different personality. 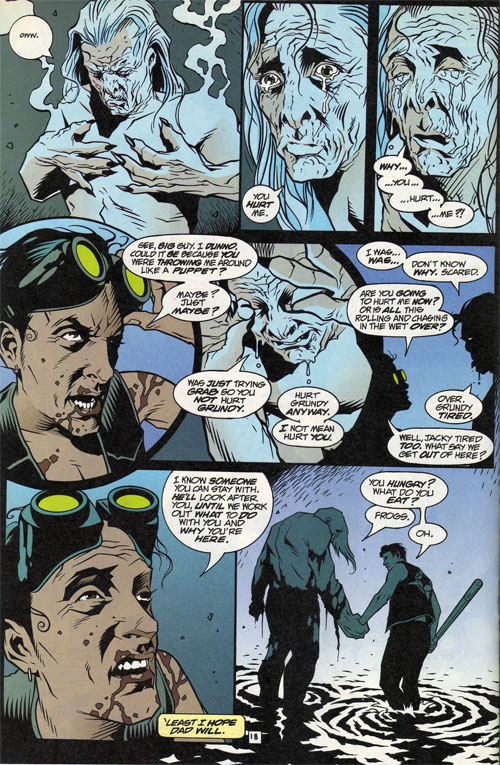 Recently, James Robinson created another incarnation of Grundy for the New 52 Earth 2 comic. This one has him as a sort of gothy version of Swamp Thing  who talks like a sci-fi channel demon and refers to himself as the Man Of Grey. 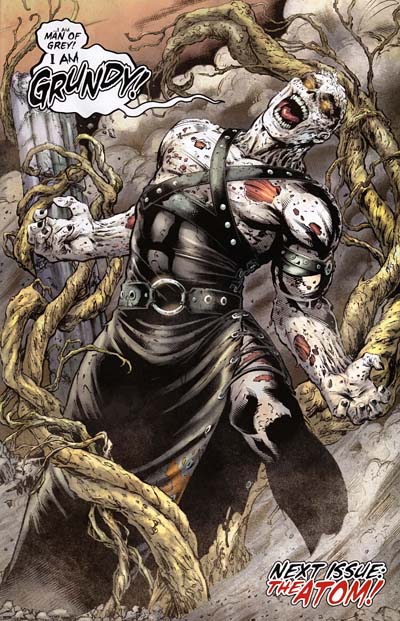 This is really Grundy in name only, as outside of the decaying white skin, there's not much else that is recognizable about the character. And while a lot of old school comic fans have written off the character as dead upon seeing this latest version, we all know you can't kill Grundy that easy. He'll be back in old form before you know it.

Another great pic from Reno. His Swamp Thing harkens back to a more Tom Yeates sort of look.

I was going for more of a Nestor Redondo vibe, but I guess the Yeates and Redondo versions are similar enough. :)

I guess Grundy became popular due to his exposure on the Super Friends. I myself first saw him watching those cartoons.

No Spawn of Frankenstein in the backups?

Y'know Reno, I thought about adding Spawn of Frankenstein but as I was googling him, I discovered the old Invulnerable Enemy cover with Superman and liked it better. I probably should have used SoF instead of Validus down at the bottom. Validus doesn't fit the theme as well.

Plant vs Zombie! Love it.