A Secret Wars without The X-men or Fantastic Four?

From Bleeding Cool: Marvel Announces a Secret Wars event for 2015. Written by current Avengers scribe Jonathan Hickman, the series will run for 12 issues. 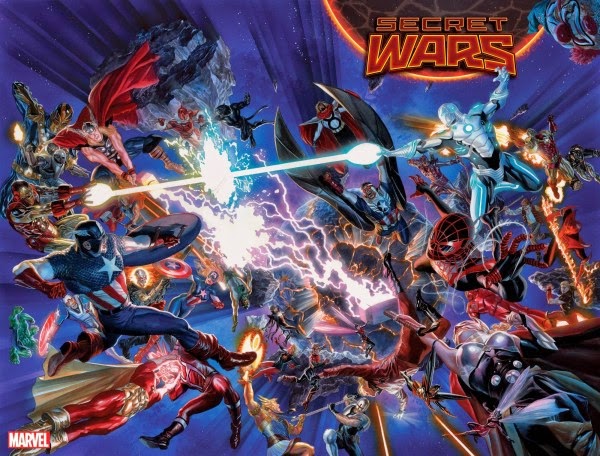 I believe anyone who reads this blog on a regular basis probably saw this coming. It was only a matter of time before the constant need for new events was eventually resulted in revisiting the Secret Wars brand.

What's most interesting about this event is if you examine the cover, you don't see a single X-men or member of the Fantastic Four.

Most people are chalking this up to the unspoken edict against promoting the characters which are licensed to Fox movie studios. Others are saying the event is Avengers-centric, so showing the X-men or Fantastic Four wouldn't make sense.

Considering that the verbiage about the event sounds like a marketing pitch to a toy company, it's a bit hard to believe that the exclusion of the X-men is solely for storytelling reasons. Check out how the event is announced in USA Today:

Marvel announced Thursday night at New York Comic Con that the new company-wide Secret Wars comic — written by Avengers scribe Jonathan Hickman and drawn by Esad Ribic — will not only affect the entire publishing side when it debuts in the spring but boasts a story that crosses over to digital platforms, introduces new consumer products from various licensees and will work in a synergistic fashion across the Marvel brand.

While I can't say for sure what the motivation is for excluding the X-men, doesn't it  sound a bit rediculous to have such an event, tie it in with consumer products (ie: Toys) and NOT include Wolverine? (How will ever get a new Wolverine figure with his Secret Shield?) 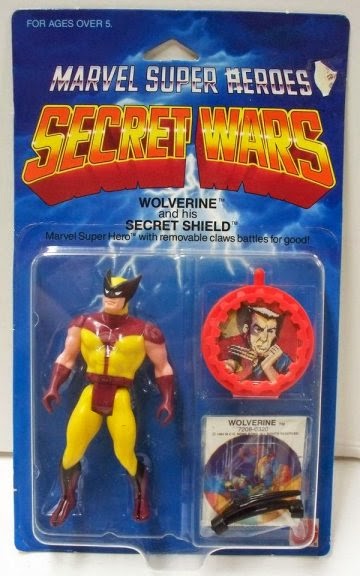 I notice that Miles Morales appears to be the only Spider-Man in attendance in this piece. I'm also surprised to see American Dream. Cap himself is in his proper costume rather than the armor and seams look.

Considering Secret Wars led to the deluge of events we have now I'm not real excited at the prospect. Though Hickman being there is interesting.

But dear god that promo art is drool worthy.

Looking at the promo art, the characters span decades and universes. Iron Man Noir is in there, a Marvel 1602 guy, 1980s Hyperion vs 2000s Hyperion, Ultimate guys. Is this Marvel's Crisis On Infinite Earths? Does everything, in the end, collapse in on itself and they pick and choose successful vs unsuccessful characters and create a new Marvel universe?

I just read "Marvel Comics: The Untold Story", and if they do somehow create a new Marvel Universe after this, then Jim Shooter gets the last laugh.

MattComix, JP Cote and Reno - you all brought up a subject that I thought about as well from viewing the promo art. Marvel might use this a some sort of springboard to a new universe. It would be cool if they did, with a world that included a hodge podge of characters from different universes.