There was a lot of news/previews that came out of San Diego Comic Con this weekend, but probably one of the biggest attention grabbers was some teaser (test?) footage from the Batman vs Superman movie. io9 has a full rundown of the footage, but I wanted to talk about the image of Gal Gadot as Wonder Woman that was shown. Check it out below: 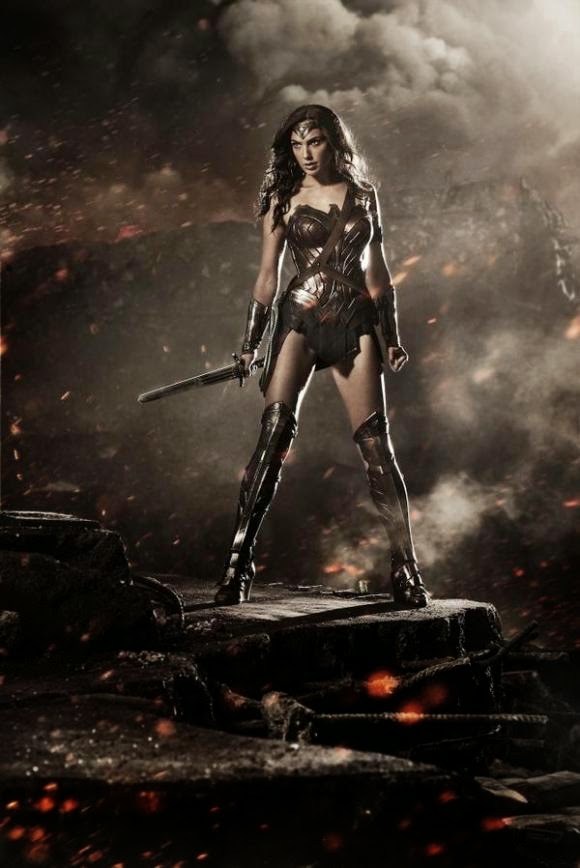 My first impression was that it's way too dark and doesn't represent the red, white and blue color scheme, but it occurred to me that it could be just how the scene was shot here or she might have a number of different type of armors she wears similar to how Captain America now has a dark version of his costume.

Still, what if this is exactly how it looks throughout the movie? I don't know that I would really care. In the year 2014, I don't think there is much reward in being vested in how your favorite comic book character looks. If (and more likely _when_) your favorite character is brought to the big (or small) screen, odds are they will look quite a bit different from what you would like.

I guess Marvel's Agents of SHIELD version of Deathlok sort of broke me. 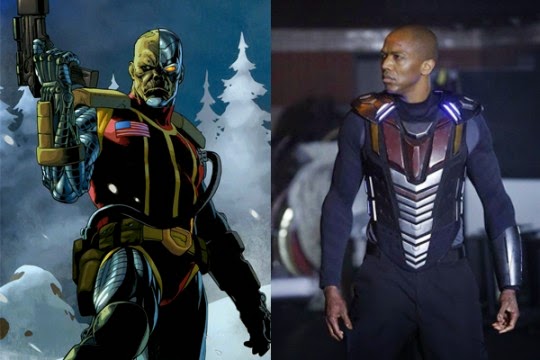 I now view these things as completely separate entities (which is what they really are) that are inspired by the comics I love. It's a bit like watching Xena, Warrior Princess and viewing it from the lens of What If Wonder Woman Was Like This?

But that's just me. I totally get it if you hate the preview image of Gal Gadot.

The costume is dark, but that seems in keeping with the usual "adaptation to the screen" approach (Man of Steel, the new Flash show, even Thor to a degree). Also, the current costume in the comics is darker. I do hope, as you mention, that she gets something a little closer though at some point.

I don't really get a feel that this is Wonder Woman. But I think part of that is just be the gratuitous de-saturation.

If they're gonna be this ashamed of comicbook colors they might as well just film in black and white.

@Trey - Like you, I wondered how the picture would play on the internet. Unfortunately, the image didn't seem to satisfy the "Eat a sandwich" crowd. And the boots aren't making any friends either.

@MattComix - Yeah, I think it might be more desaturated in his first image than it will be in the movie - but it could also be that the costume gets a revamp later in the movie.

Thinking about the colors - I think only Iron Man is the only movie version that has the same hues as his comic version. Maybe Spider-man, as his red and blue have always been a bit dark (even in the 70's)

@Jim Superman's colors in the 1978 movie were dead on. The recent Spider-Man movie for all its other faults did have the guts to bring that suit to life (probably as a apology for the basketball with sunglasses look from previous film). The lines and eyes may be more Bagley than Romita but the lines matched with the colors still look like he walked off the page.

If there has to be one, the MOS costume is a better re-tool of the Superman costume than New 52 but the main thing that holds it back is having the colors so heavily muted. But at least the reds aren't reduced to browns they way they were in Superman Returns.

The Wonder Woman pic is such a sea of bronze and brown I can't get any sense of if there's color in her costume at all. Is she Wonder Woman or Brunette Sonja?