Is Archie In The Dark?

Today, I'm catching up on some of the news from last week with my reactions:

First up: Archie Comics is rebranding their superhero line to Dark Circle
as Editor Alex Segura is hired to help relaunch the line with a more modern comics approach. 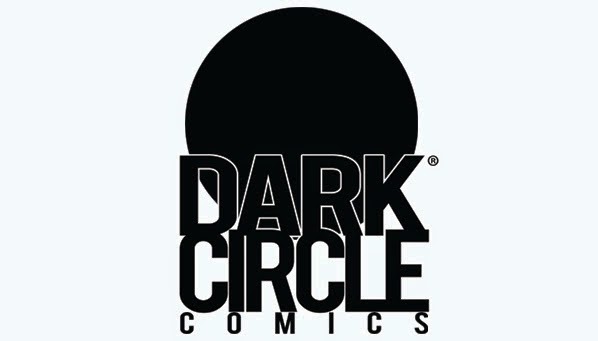 “When we brought Alex onboard to oversee our superhero imprint, we knew we needed to be bold and decisive with how these books were presented, in every way. They couldn’t just be more of the same,” said Archie Comics Publisher/Co-CEO Jon Goldwater. “This is a fresh start and a new direction for these iconic characters. It all boils down to story – tales that feature compelling characters by some of the best talent in comics. Alex – with the help of myself, our President Mike Pellerito, CCO Roberto Aguirre-Sacasa and Editor Paul Kaminski – has carefully curated a line of comics that will hopefully be seen as the definitive interpretations of these characters for a long time. We couldn’t be more excited.”

While I understand Archie Comics may have been a little disappointed in the results of their Red Circle subscriber based digital comics initiative, this 180 degree turnaround struck me wrong...

...my knee-jerk reaction was a face-palm at the idea of more Grim and Gritty comics, but that's not exactly what the press release says. Actually, very little is said in the USA Today about the new direction except that they hope to emulate the type of storytelling you see in such popular television shows as True Detective, Boardwalk Empire and Orange is the New Black.

Listing off a series of popular television shows is pretty easy. Creating comics that are just as compelling as those shows is not. Even if what you intend to do is carry over the sensibilities of those shows, I'd say that's not too different than what we are currently seeing in half the New DC 52 comics that are failing now.

At least the last incarnation of the Red Circle line had a look and feel that made it stand out from the crowd. I suspect this new line will be artistically indistinguishable from anything Marvel or DC currently put out.

Overall, I think this type of turnaround strategy falls somewhere between let's use electric guitars in church and  let's start a facebook page. It's anachronistic and overdone.

Could they reinvent the Archie heroes in a The Authority fashion like Warren Ellis did?
Sure. That could happen. But I'd be more apt to expect something more like any of the recent Freedom Fighters revamps: 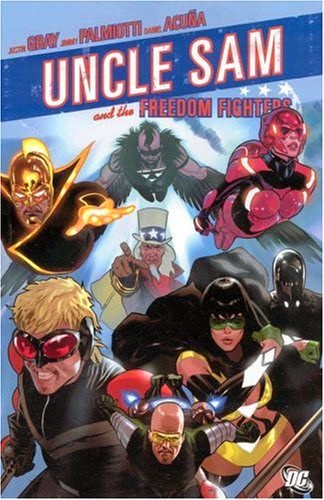 So, yeah, good luck with that.

I'll face-palm for both of us Jim.

I can only hope that Archie going for the grimdark treatment is a sign of the trend hitting critical mass and becoming so absurdly overdone that the end of its days is nigh.

Archie Comics has been a trend follower instead of a trend-setter since the 1960s.
Starting with the "Mighty Comics" line which tried (badly) to combine camp and Marvel Comics to the short-lived transformations of Archie into both super-hero (Pureheart the Powerful) and spy (Man from R.I.V.E.R.D.A.L.E.)to the recent GLEE tie-in and the (surprisingly well-done) Afterlife with Archie, the company has jumped on bandwagons just as the fads are dying out.

I will of course give the first issues a try ... but I do not have high hopes.