Is Guardians of the Galaxy TOO Funny?

I saw Guardians of the Galaxy last night with some friends and while I enjoyed the movie, there were a few things that gave me pause for concern. Note: While I'm not going to discuss the plot in the post below, if you are the type who sees ANY discussion of a movie prior to seeing as a spoiler, then you'll want to skip today's post and come back after you've seen the move. 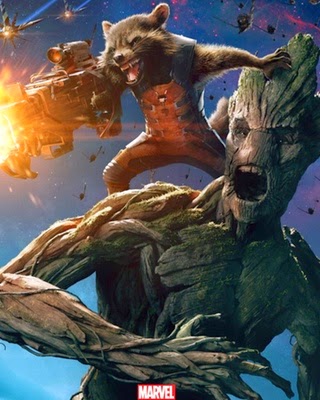 First, let me state for the record: GotG will probably be one of the biggest crowd pleasers (if not THE biggest) that Marvel/Disney has put out to date. The audience I watched it with enjoyed this movie quite a bit judging from their reactions. The film zooms along at a fast pace, but seems to avoid feeling overly frenetic by injecting character development and humor throughout the film. There are times when it feels like it might careen into the sort of chaos that plagues the Pirates of the Caribbean sequels (which often feel like skits and scavenger hunts more than stories) but it never goes that far.

What some people might find off putting is the amount of funny business in the movie. Without a doubt, this is the most humor laden film Marvel has produced. It sort of reminds me of the old Richard Pryor/Gene Wilder movies from the 70's in its structure and tone. 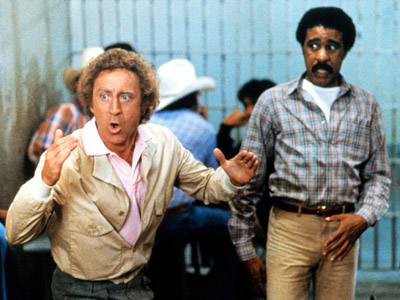 That's not necessarily a bad thing per se, it's just when you are watching a movie with Thanos and Ronan The Accuser (whose motivations are a bit hazy in the movie btw) the steady stream of one liners and sight gags prevents any real tension or drama from developing.


The other thing I wonder about is where do we go from here? Marvel was already sort of trapped in a box with their movies in that now audiences expect a certain type of movie every time the go see a Marvel movie. Is GotG going to raise the wacky fun bar so high that we will never see a more serious take in future Marvel films? I would sort of like to see Marvel venture out into other genres with some of their upcoming movies (like a Dr. Strange horror movie or a Daredevil Crime/Heist movie) but how would such films be received if the general public starts to expect lots of yuks in every Marvel movie. Remember, one of the criticisms of the Man of Steel movie by many reviewers was it wasn't fun enough.

I don't know. My concern may be all for naught. Captain America 2: Winter Soldier wasn't overburdened by comedy, so Marvel may be embracing the idea that their films can have different tones. I guess we will see when the new batch of films starts to emerge.

Final Word on the movie: If you enjoyed the trailers, you will love Guardians of the Galaxy.

Good points. I had reservations as well, though slightly different ones (I did a post, too). You're right though, in the since that this one works, and audiences like it, but it doesn't work in the way the other Marvel films do. In fact, the standard superhero villains out to destroy the world is probably what works least well about the movie.

Despite a ostensibly high stakes plot, it fails to build a sense of "high stakes" like Winter Soldier did, or even Dark World. It's villains and its Collector cameo, almost come off as 60s Batman level camp at times.

As much as I gripe about comics going all-in on grimdark there have also been times when I've thought that if they ever do pull out of that muck they would only do so to trade that extreme for exactly the opposite.

I think as Bronze Age fans we know that this does not have to be such an absolute either/or proposition This stuff should be fun and accessible but at the same time can have some "high-stakes" that let one invest in it emotionally and dramatically.

It's not just a choice between Watchmen and Batman '66.

I'm going to have to kind of disagree with you on this one bud. The Winter Soldier was very good. It was Brubaker's Winter Solider run come to life. Of course there was clear plot changes but you were watching The Winter Soldier Comic. As good as it was, nothing really funny in that run. Guardians of the Galaxy, was the exact same way. The plot was somewhat different but this was a GotG comic book come to life. The current run anyway. It's the only one I'm familiar with. I've been reading it since its debut a little over 2 years ago. I think? And that move was those characters. You mentioned about it being somewhat hazy having these characters mixed with Ronan? That's the point. That's what these Characters are in their comic. They stand up to the likes of Thanos with the same kind of hijinks and one liners. That's what made the characters so great to me. This was to me, a true comic adaption. As was Winter Soldier. I think these movies are going to set themselves apart and create tones all their own. Will people expect this kind of a humor out of every Marvel movie from now on? Probably not. Will they expect it out of GotG 2, or out of the Guardians of they show up in another movie? Without a doubt. I do agree with you that Marvel maybe embracing the idea that their movies can have different tones. If these different kind of tones can exist together in the Marvel Comic Universe, why can’t they exist together in the Marvel Cinematic Universe?