The universe has a wicked sense of humor. Just last week, I was saying how I'm trying to avoid having a negative reaction to seeing beloved childhood icons revamped in modern ways. Then this week, DC Announces a Hanna Barbera Revamp that looks like...well, I'll let you judge for yourself. (I've called out all the ways artist Jim Lee has used to reimagine the Scooby gang.) 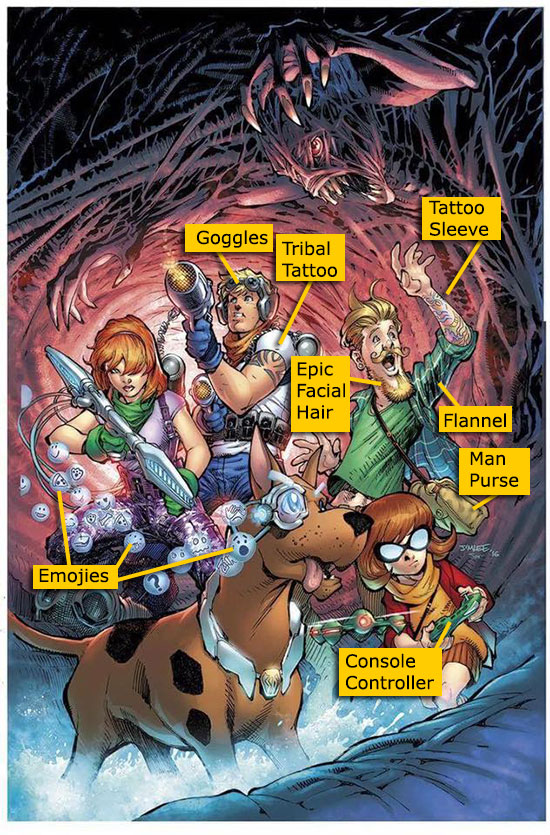 Sigh. This is apparently art from something called Scooby Apocalypse.
I don't think they could have titled that project any better if they've tried.

I've seen quite a bit of negative commentary on this image from around the web, with the StevieB and Trex from Nerds of the Apocalypse pretty much summing up the general consensus in this exchange: 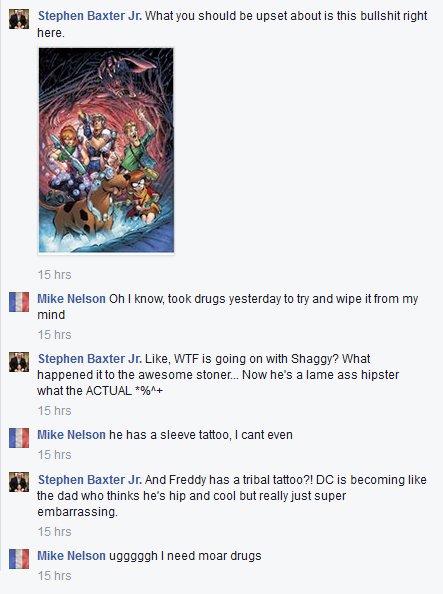 Now, I understand this version of Scooby isn't really aimed at my generation. (Or StevieB and Trex's for that matter) So, I asked Haigen, my daughter, what she thought.

Haigen: Uh...everyone looks okay, but what's up with Velma?
Jim: I think she's supposed to be a kid now.
Haigen: Huh?
Haigen: Also, what's up with Shaggy's beard. And the tattoo. And the moustache. And the purse.
Jim: Yeah. That's kind of what the internet is saying.
Jim: Would you buy this?
Haigen: Maybe.
Haigen: Daphne looks pretty awesome.
Jim: Yeah, I agree. I think they should have done something like that for Velma.
Haigen: What were they thinking with Shaggy?
Jim: I guess that tattooed guys with man purses want to buy Scooby Doo comics?

I will say the Future Quest images look pretty awesome: 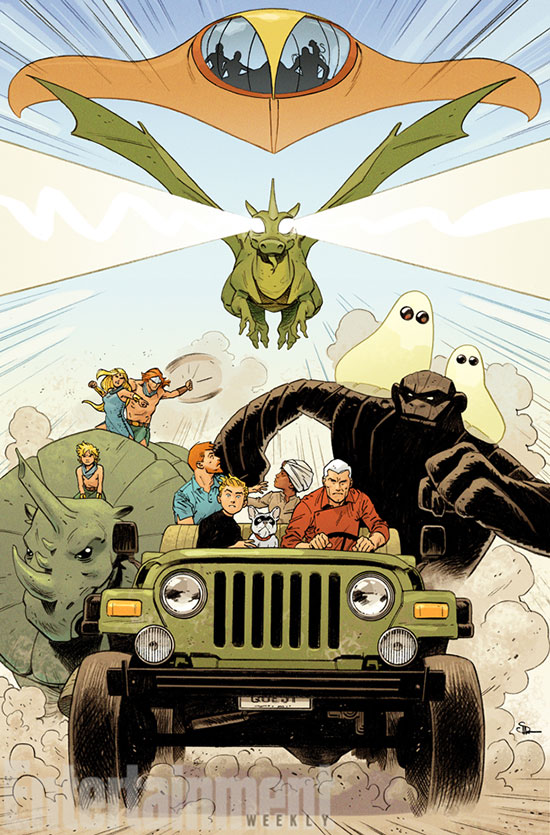 ...so I'm not going to write this project off entirely.

I guess we'll just have to wait and see how this turns out.

Nowadays we can enjoy new series of Scooby Doo and this series is most interesting than before and i watch it when i don't have dissertation writing services work and i am sure other viewers also enjoy it too much.