Here are some thoughts on some of the comic related news/media that popped up while I was looking back at 2015: 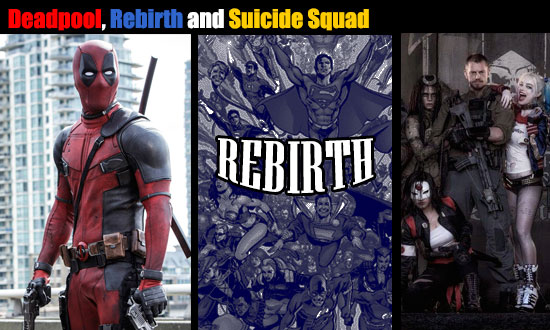 I got several emails asking about this movie - mostly from people who were excited about the trailers. On first pass, the trailers are refreshing in that they present a movie that looks to be quite a departure from the standard MCU formula (or perhaps it's more of a distillation of that formula.) Still, a couple more viewings of the trailer didn't show me anything that really needed to be seen on the big screen, so I'll probably wait until it's available for rental.

How do I think it will do? Hard to say, but early reviews of the movie are surprisingly good. However, I might suggest that most of the favorable reviews start with either a base of Not Your Typical Marvel Movie (like my reaction to the trailer) or True To the Character and build from there. That being said, it does look it will be a modest hit among its target demographic (Fans of the Deadpool comic and/or Van Wilder - which is probably a redundant statement.) I'm going to guess this makes something in the 40 - 50 million dollar range on the first weekend.

Pros: It may encourage movie studios to experiement with different types of superhero movies.

Cons: It will probably triple the number of annoying Deadpool cosplayers at conventions. As Sarah Fong said on Facebook:

Also, let's pray to hell Deadpool doesn't carry a boombox in the movie.

Back in December, I suggested 2016 could possibly be one of the worst years for Big Two comics and so far it looks like we are right on track for that to be true. First DC has announced a publishing realignment (or something) to tie their comics closer to their television/movie properties which is now sort of looking like an Ad Hoc Reboot according to Bleeding Cool.

Second, DC just had a horrible sales month with January 2016 presenting the widest gap between Marvel sales and DC sales the past decade. (Marvel's Marketshare was twice that of DC's) 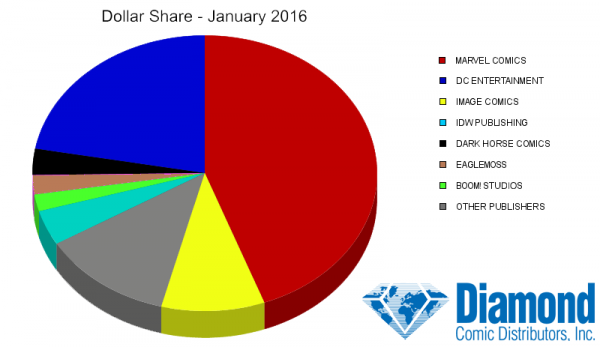 I don't think Rebirth is going to change things short term. Based on emails I've gotten and talking to various comic shop owners, there aren't a lot of DC customers excited about Rebirth - just the opposite in fact. Many shop owners are reporting people coming in and cancelling all DC comics.

For me, I'm willing to wait and see what DC has planned. I think they need to stop chasing the short term big event money and concentrate more on creating stories that can become the new wave of trade paperback evergreens. (More New Frontiers and Fables and less Convergence and Trinity War) 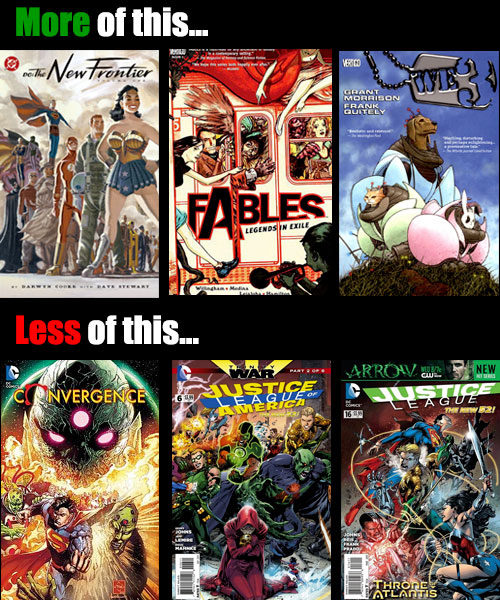 I know that's sort of always the plan they hope for, but let's see if they get closer to the pin this time around.

With its new, more fan aligned, portrayal of Harley Quinn and bombastic Queen accompaniment, the new Suicide Squad trailer seems to be doing quite a good job getting fans excited about the upcoming August movie. 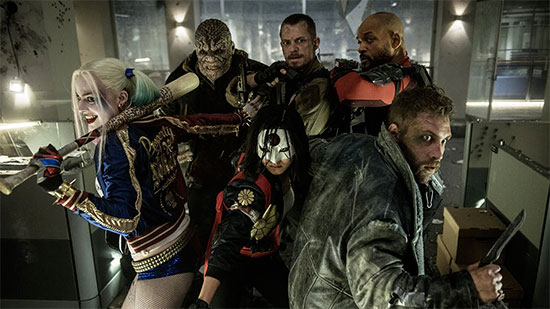 Here's what's interesting - currently, the HD version of the trailer is up to 36 m(illion) views on YouTube after just two weeks. On the flipside, the HD version of Captain America 3: Civil War is only up to ~6 m views. That's after two months. Clearly, more people are interested in watching the Suicide Squad trailer. I think that may also something about either peoples interest in each movie OR how Warner Bros found a way to get the word out on their HD clip more effectively than Disney.

It also might be due to the order in which the clips were released as the non-HD version of CA:CW has ~44 m views. The non-HD Suicide Squad trailer which only had 12 m views after 4 days but seems to have been removed. 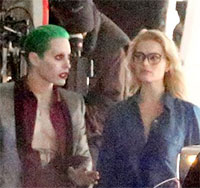 I also think the addition of more Joker and Harley scenes in the SS trailer may be driving more traffic. Also the write ups on various sites seem very enthusiastic which is a better inducement to clicking the video to watch it than the various "...here's a condensed version of how Civil War played out in the comics.." write ups the Cap trailer got on a lot of sites.

I like the trailer. On one hand, I think whoever put it together gets what made the Guardians of the Galaxy trailer so successful, but I think it's actually a good bit better than the GotG trailer. (I think I'm prejudiced because I like the song choice better.) I also like how they integrated the song with the trailer better, stopping and starting it at key points.

They also do a nice job with introducing each member of the movie (but here I would say GotG was a little more effective as the intro to each character was a bit clearer/direct. The voice over in the SS trailer seemed harder to follow.

Margot Robbie looks like she's going to be a big hit as Harley Quinn. Jared Leto looks appropriately scary as the Joker. Hm...the Captain Boomerang character got a good bit of screen time, but I'm not sure I saw the hook for that character. Will Smith's Deadshot didn't wow me either because he mostly looked weary in the trailer. (I'm guessing that's sort of intentional and he's going to be the character arc of the movie.)


Overall, I was jazzed to see the movie before and this trailer just increased my eagerness.

We know that dead pool is a new movie and we should try to watch it if we have free time from work with research paper services and i am sure everyone will like this new movie anyway thank you for sharing here post about this interesting movie.