Editor's Note: This week, StevieB gives us his thoughts on the Star Wars trailer. - Jim

Since the last time I posted we now have a title and a teaser trailer for Star Wars Episode 7: The Force Awakens! The title is good: very vague as the first subtitle to all the Star Wars movies have been: “A New Hope” and “The Phantom Menace”. You really get very little insight to the movie with these titles but when the movie’s over you think, “Oh! Now I get it!” The only kind of speculation I can form from it is that there may not have been that much going on in the past 30 years since the destruction of the Death Star II, at least “Wars” related.  This doesn’t bode well for the diehard EU (expanded universe) fans but again, just speculation on my part. But forget about the title, let’s talk about the trailer!

The trailer is broken upon into quick sections, let’s go over each one. 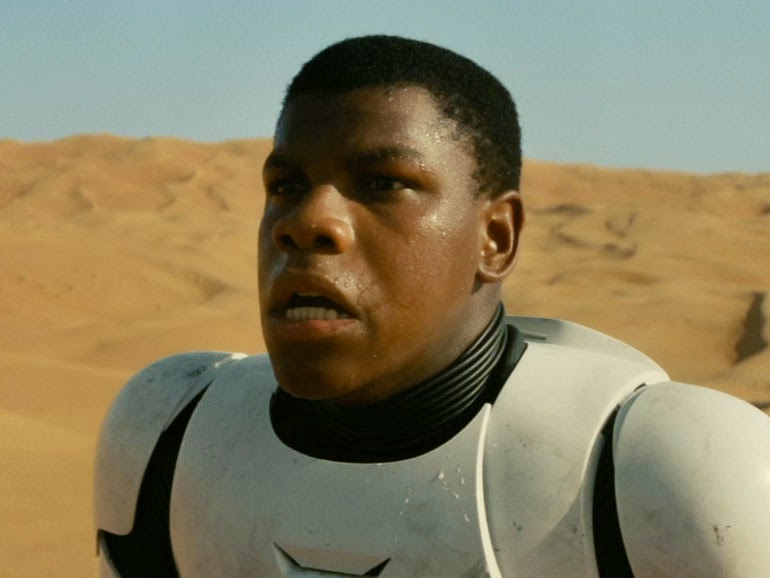 The trailer opens with John Boyega’s character seeming to be chased around Tatooine? (Looks like twin suns, and what Star Wars trilogy wouldn’t be complete without a trip to Tatooine). This was very appealing to me.

It’s crazy to see a Storm Trooper without their helmet on, let alone showing any emotion at all. This is the first time we’ve ever seen this. This also solidifies the fact that, just like in the EU, at some point clones were replaced with regular people. It still remains to be known How, Why, and When.

You can also hear the sounds of a probe droid behind him. It seems like he may be defecting. Maybe he finally realized the Empire was evil?
It’s also important to know that he is billed as one of the new leads for this iteration and more than likely this trilogy.

The trailer then moves to this little guy.

Could he be the new Astromech droid? I, personally, feel like there’s no replacing R2-D2 but they can try. Also note what looks to be Pod Racing Engines in the background. This also feeds my theory that this is Tatooine.

After that, we get a look at the new Storm Troopers. 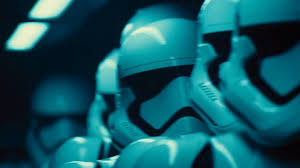 Just enough changes to feel new and old at the same time. I dig the new design. This part of the trailer was also very cinematic. I feel it may set the tone for what the whole movie will be like. It feels very different from either trilogy but that isn’t necessarily a bad thing.

Then, we move to Daisy Ridley’s character who, I’m really hoping, ends up being the daughter of Han and Leia. 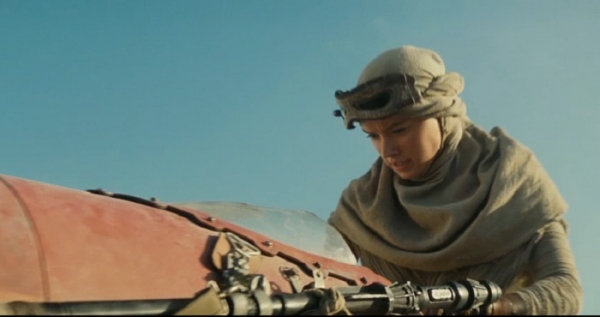 First off, is that a light saber or a vibro blade she has attached to the speeder? Maybe being trained by her Uncle Luke on Tatooine in Uncle Ben’s old home?! Sigh… A Fanboy can dream, can’t he?

Then, we have the quick X-Wing above water scenes with Oscar Isaac’s character piloting one of these beauties. 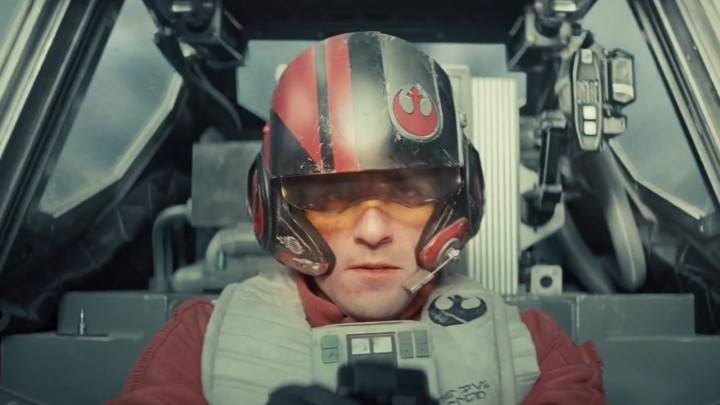 This scene was my favorite. It was beautiful and nostalgic. Also proof that X-Wings work fine on land as well. There is some mild differences in the new version of this famous Star Fighter. The Wings themselves are a bit different. They are half the size of what they used to be and when the S-Foils are closed they seem to form one wing. As compared to the two wings on top of each other from the Original trilogy.

Now, the most talked about portion of the trailer: the new villain and his new style Light Saber! 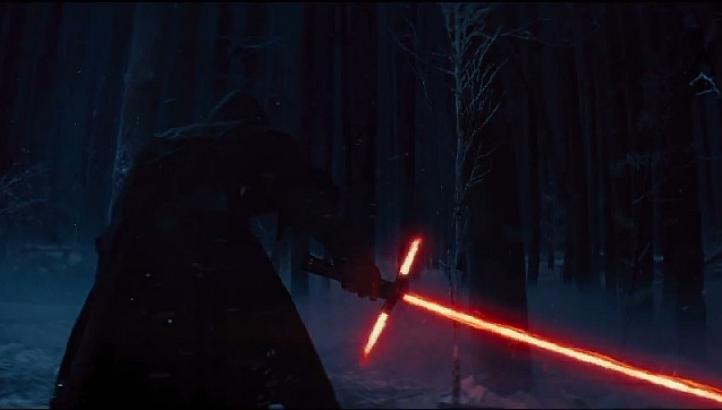 A lot of people think this awesome new broad sword saber wouldn’t work. I completely disagree. I actually believe it maybe an Ancient Sith Weapon with some form of Plasma exhaust ports. Adam Drivers character (he may or may not be the character featured above) has been rumored to be hunting Ancient Sith Relics through the movie. I could go on about how it could work either way, but I think I’ll share this video of Stephen Colbert breaking it down. Skip to 3:12 if you don’t want to watch the whole thing. I feel like he sums it up nicely.

I also wonder if this character is even a villain. We all just assume he is because of the Red Saber. I guess we will have to wait and see.

And last but not least, nothing feels more like Star Wars than the Millennium Falcon and Tie Fighters!

This is when we truly know we are back. If you didn’t have goose bumps before, you did by this point. The biggest thing to note here is the Falcon’s engine; much more defined.
Then the trailer ends, and if you’re anything like me, you watched it 100 more times.

My final thoughts are this:
This trailer delivered on all cylinders for me. I didn’t think I could be more excited for December 18th 2015, but I was clearly wrong. What did you think? Did the trailer send you flying to cloud 9 like me or did you dislike parts of it?

I think that the character isn't a storm trooper but one of our protags in disguise similar to the Princess Leia rescue in New Hope.

I'm of two minds about this because on the one hand I'm glad to see some non-prequel Star Wars stuff that features the original actors in whatever capacity. On the other I liked Return Of The Jedi as an ending to the story that (for me) starts with New Hope.

Still, I'm leaning towards giving this new round of SW material a try but if they make Luke a villain, I'm out.

@MattComix You may be correct. Since this post they have released the name of these characters. They deliberately left off his last name. It's possible that it's either Windu (I know, but just becaue he got thrown out of window does not mean he died) or Calrissian.

I think that the tone of these movies are going to be different and set themselves apart from the original trilogy enough that it wont harm the integrity of the original. Sort of how the people who hate the prequels ignore them. lol

The rumor is, Keep in mind that it's just a rumor, lol that Luke has actually moved himself into exile because he felt himself becoming to powerful and didn't want to become his father. The events of the movie bring him to the surface. That would be interesting to me. The wording on the trailer makes it sound like there is going to be one super big antagonist and protagonist. Hopefully Luke stays the protag. lol