So the latest event/multi-comic crossover from Marvel is called Original Sins written by Jason Aaron. This event involves the death (surprise!) of the Watcher. 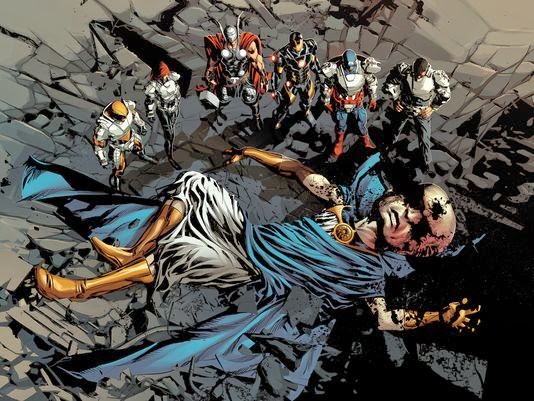 As I understand it, the series will also reveal dark secrets from various heroes pasts, so if your the type of fan who finds such tabloid like retconning disconcerting (or cliched) then I suspect you won't have much interest in this mini-series.

The premise of a mystery that reveals a tenebrous side of the Marvel universe reminded me of another mini-series written by Dan Abnett and draqwn by Igor Kordey in 1998 called Conspiracy: 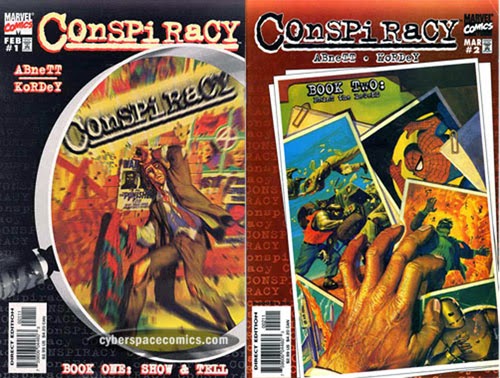 In this series, a reporter stumbles across a cold war conspiracy among several key figures in the Marvel Universe (Howard Stark, Bolivar Trask, General Haywerth, Thunderbolt Ross, Edward Harrison) to arrange circumstances that will end in the creation of American superheroes.

Inspired by a blend of X-files and Marvels, the series rewarded fans by connecting the dots between several significant Silver Age Marvel events in a way that felt respectful to the source material. A fantastic review of the series can be found at The Comics Cube.

I think the key with a series like this is that you suggest connections to the readers but still allow wiggle room for there to be other answers. That way you don't devalue their (precious!) knowledge of continuity.

And I think that's where Original Sins is going to fail. While I doubt there will be anything that subverts continuity in the way that Conspiracy did, be on the lookout for grand scale icon tarnishing. And while it might seem a bit fannish for me to say that's a flaw, here's the problem. If you show a character who has been always portrayed as making the heroic decision for decades making a real line crossing call early in their career, how is that supposed to work exactly? Were there no ramifications in the character's personality or attitude after said dark decision? You've sort of just underlined the unreal-ism of the entire genre by doing that haven't you?

It would be like having a Conan story where the barbarian meets a young son who is the result of celebratory night with some wild wench and then showing Conan all torn up about the act of bringing a boy into the world without a father to guide him. 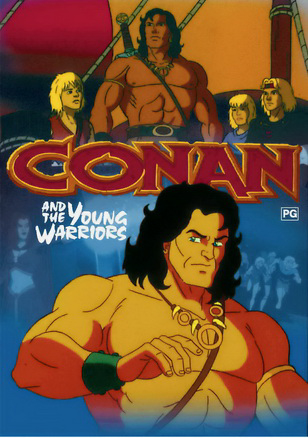 How do you then turn around and tell business as usual Conan stories after that?

I'll be interested to see how Original Sins turns out.

"realism" in Conan's time and place would probably not be the very modern reaction you describe, but your point about how they are likely to do this and the flaw with that sort of storytelling is spot on.

Marvel's about a decade late to do Identity Crisis.
And while IC was highly praised, it was also highly criticized for exactly the sort of thing you mention. It reached past everything we knew about these characters and retroactively ripped out all the fun and whimsy, giving our heroes huge messy feet of clay that they never had before... except that the magic of retcon (and stories following IC) says they did.
It was a massive turnoff for me, and I still don't care about DC the way I used to--even now that it's not even the same universe! I desperately hope that Marvel isn't pulling the same ploy.

Death, check.
Darkness, check.
Bloated event/crossover clusterf__k, check.
"Everything you know is wrong", check.
Tarnishing your icons for the paranoia of the post 9/11 over a decade after the fact, check.

Business as usual. I think I've reached the numbing.

@Trey, yeah, I agree on your point about "realism" in my analogy. I knew is was a faulty example when I wrote it, but the extreme dissonance was appealing to me.

@Luke, your reference to Indentity Crisis reminded me. Do you remember the Identity Disc mini-series Marvel published while Identity Crisis was going on? At the time, Marvel made a big deal out of how they had been planning that series long before IC, but they still could have renamed it to avoid confusion. I think because the confusion benefited them, they weren't inclined to change the title.

@MattComix, yeah, I expect it to be a lot of the items on your checklist.

Jim, not only do I remember Identity Disc, I remember liking it a lot more than Identity Crisis. At least in Disc, the "heroes" were supposed to be the bad guys! :p