I'm trying something new this week - no idea how it will pan out. I'm posting smaller, off the cuff articles rather than trying to create an whole long post. Today's is inspired by another news article I saw on Bleeding Cool about Zak Synder directing a Justice League movie in 2018 wherein it was revealed that a Metal Men movie is in development. 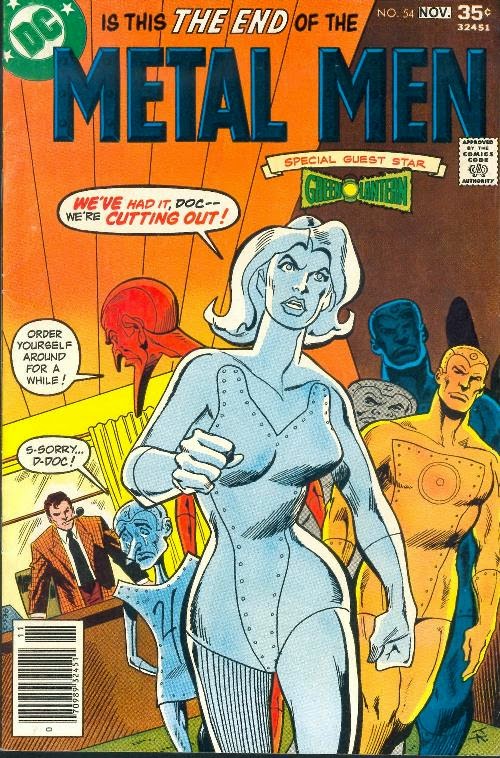 Long time readers of this blog know I love robot characters, but I'm not wild about this news. I think my main objection is that the Metal Men strike me a the type of property that would be better suited for the Marvel Cinematic Universe rather than the current Grim and Gritty DC Movieverse.

Really, I could almost see the Metal Men working better as a Pixar/Dreamworks animated feature. Something with the bright zip of The Incredibles or Wreck It Ralph.

What I'm afraid we will get is a film where the Metal Men have been redesigned beyond recognition. If the movie is written by David Goyer, it's almost a sure bet they will all be wearing long leather dusters and the main villain will be some Euro-Disco reject. 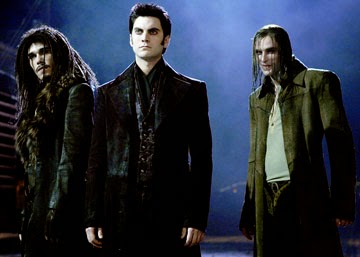 I guess we'll just have to see what develops. In the meantime, click your way over to the Retroist to read a fun write up of a Rat Pack Version of the Metal Men movie that never was (but would have been so Awesome if it had!) 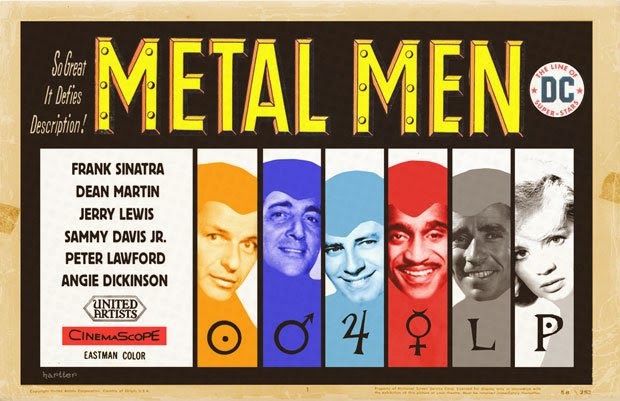 Is that not a great idea or what?

A Ratpack Metal Man movie would have been...interesting.

There's a part of me that's hoping the next few DC movies would fail miserably at the box office, so that the studios would learn their lesson. But that's ony IF they continue making them "grimdark".

It's kinda funny and sad that a friend of mine said that Captain America: The Winter Soldier was the Superman movie he was hoping for.

As for the Metal Men, I agree that a CG Animated movie would work. CHemo would look awesome and not at all goofy.

@Reno that a great quote about Cap 2!