So what IS the best Superman movie ever?

Scott Simmons alerted me to this article over at Portland Mercury entitled Why The Iron Giant Isn't the Best Superman Movie Ever The author suggests that some people see Iron Giant as the best Superman movie ever, or rather, that it embodies all those things that certain fans expect to see in a Superman movie (and there is a good bit of fan art that seems to support this theory.) 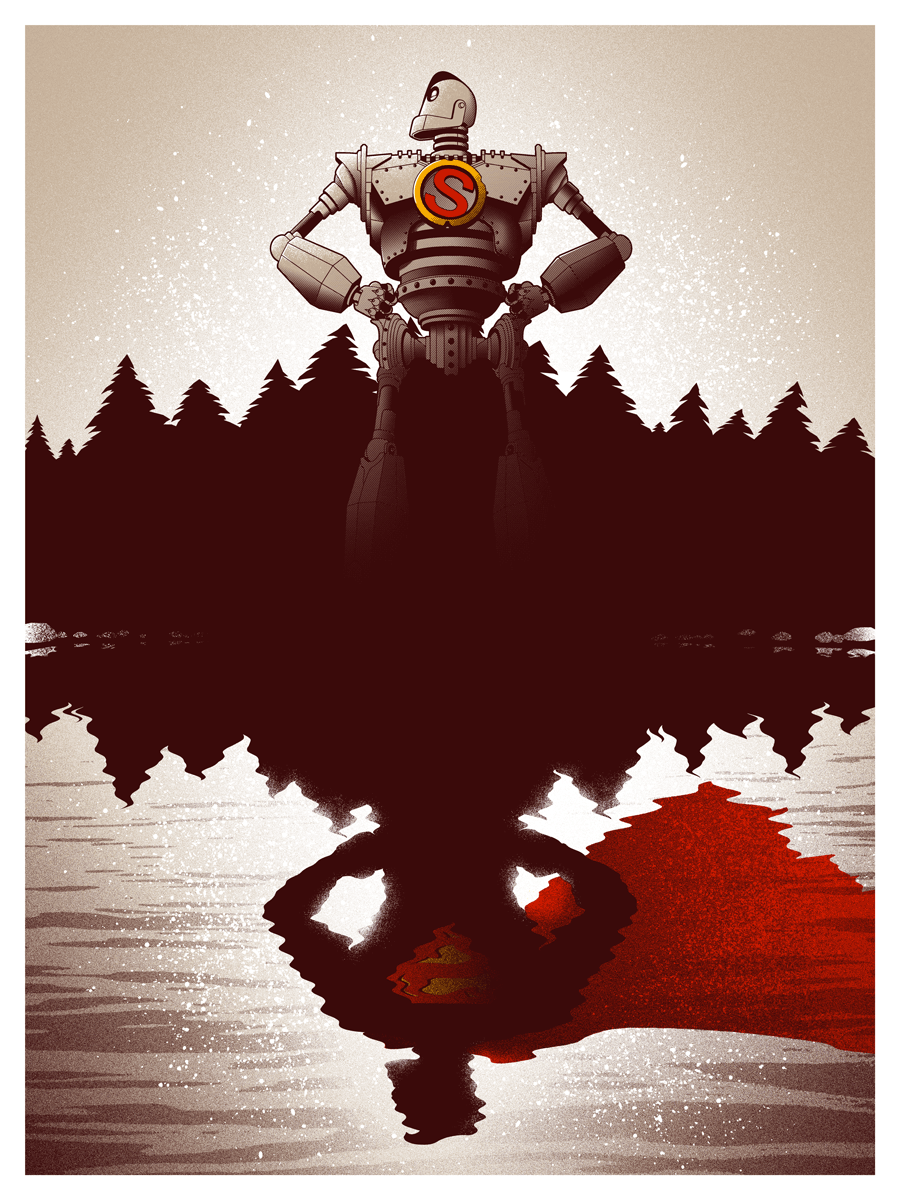 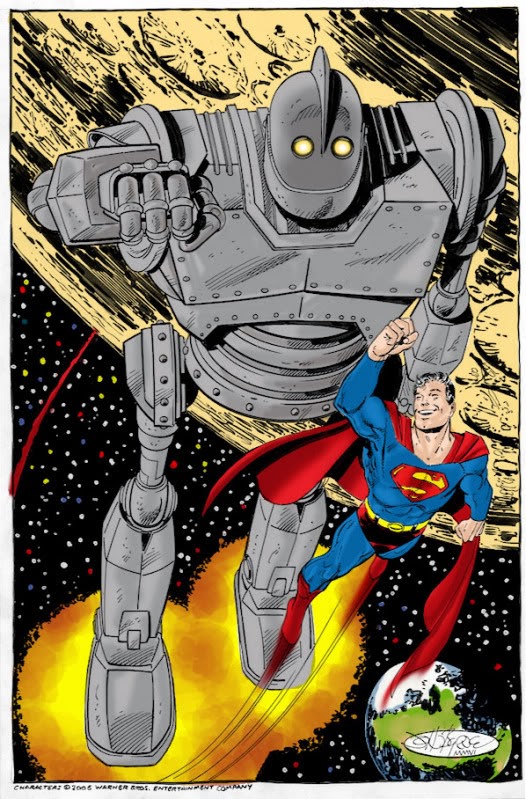 I guess I can see how some people might see that, but given that it's not really a Superman movie, it still begs the question: What really IS the best media adaptation of Superman?

A lot of people love the old Christopher Reeve movies (or at least the first two) but I think a lot of that love is based on nostalgia. If you see them now, the don't really hold up very well. Like when Superman somehow throws his S emblem and it turns into a giant plastic net or something.

And I know quite a few fans of the recent Man of Steel. And just as many who hated it. Frequent flashback Universe contributor MattComix covered the movie pretty well when it came out last summer.

For me, I think the best adaptation would have to have been Bruce Timm animated series. 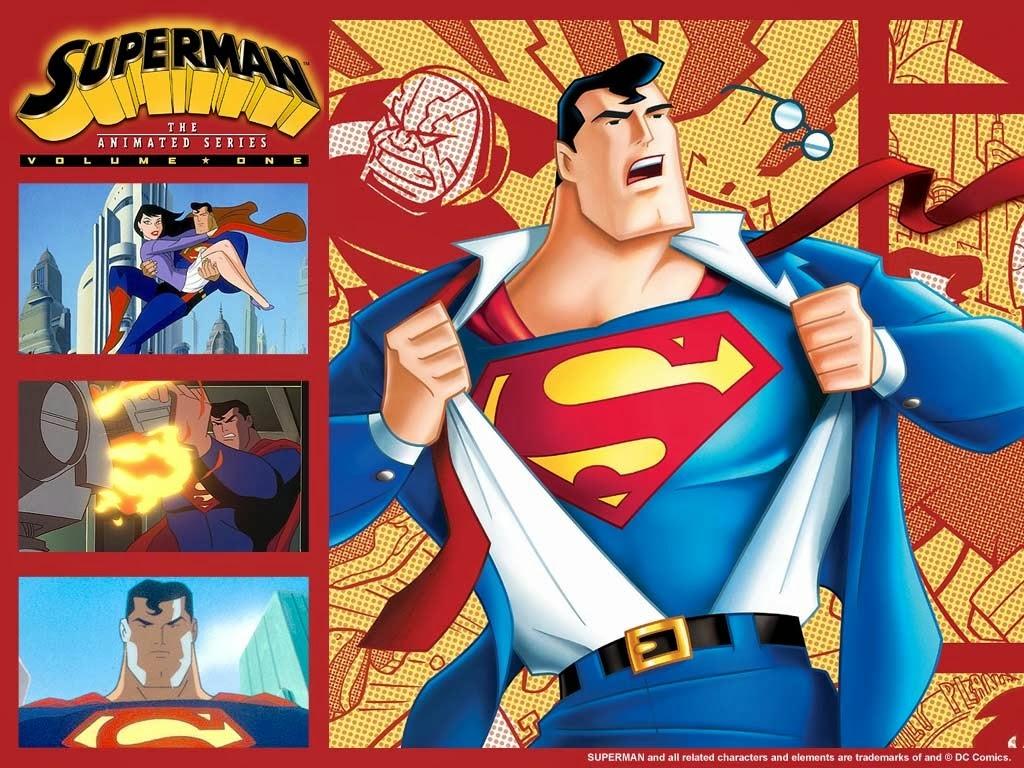 I think that series did an excellent job of playing in the Superman sandbox without all the baggage of worrying about "Who Is Superman" or trying to redefine Superman for a new generation. Contrast the bright wonder of that series with the most recent Superman animation, Superman Unbound: 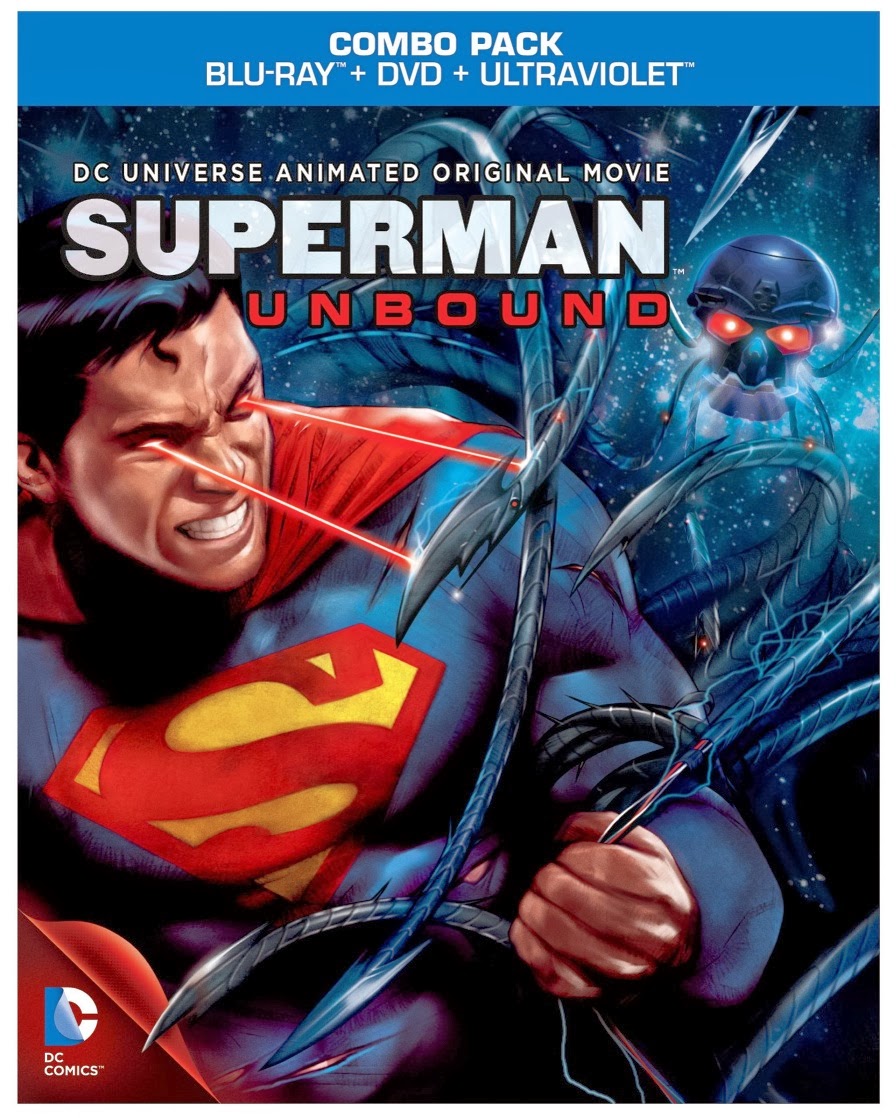 It makes me wonder how Superman will be represented 20 years from now? Will we see an even darker more serious version? 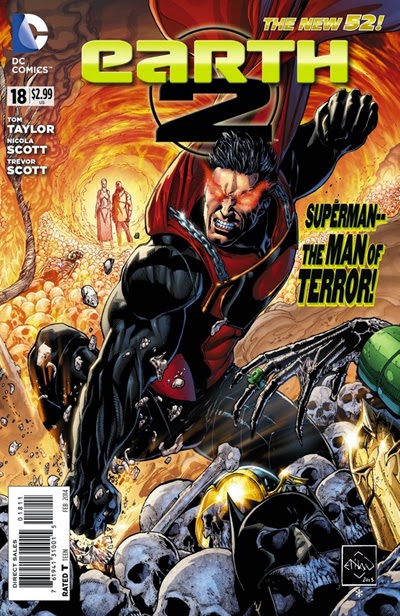 Or will someone pick up the vibe from All Star Superman and give us a new era of the bright and fun version?

Which would you prefer?

Just a thought... Is it really fair to judge something with "Does it hold up now?" The Chris Reeve Superman films were great at that time, as opposed to, say, the Spider-Man TV movies around the same era, which, even as a kid, I found laughable.

I really didn't follow the Bruce Timm Superman series, but the series that I did enjoy a lot when it came out was Lois and Clark with Dean Cain, although they got a bit silly towards the end.

Of course, that still doesn't answer the question "What is the best Superman MOVIE ever?" :)

The single greatest Superman movie/tv adaptation ever is the first Fleisher Brothers Superman cartoon (usually referred to as "The Mad Scientist")
http://www.imdb.com/title/tt0034247/
In ten minutes you have all the basics covered, origin, reason for being, secret identity, job and acquaintances...and apocalyptic action galore!
It's a ten-minute roller-coaster ride filled with excitement, topped off with a little knowing wink to the audience who know something the other characters don't!
Considering you can read most comic books in ten minutes (or less), it's a better use of your time...and it's a more enjoyable experience!

Dammit Jim, I decide to take a month off from posting comments anywhere and then you go reel me back in with this.

It feels weird now looking back at my Man Of Steel review given all the shenanigans that have gone down with the upcoming sequel. The fact that they're gonna be beating the "vs." drum was bad enough but now that it's also gonna be a backdoor pilot for a JLA movie doesn't bode well either.

I think best adaptation may be a different question from best movie. Because if we're talking movies my inclination is towards the first Donner film because of its sincerity, Reeve's look and performance (a lot of good performances in that film actually), memorable dialog, and the John Williams score.

If we're talking adaptation then I'm inclined to agree with you on STAS. Though I wish some more of the classic romantic angle had been present and that the series could have ended on a better note.

I think that when they followed up on the same continuity in JL and JLU they really dropped the ball on his characterization. Basicaly, Dini's absence is severely felt IMO.

Still much love for the Fleisher toons and I adore the Iron Giant.

I agree on the animated series, though for it's era, I think Britt may be on the money with the Fleischer cartoon.

The first Superman film and Man of Steel are both good, though. The Donner film suffers a bit from the pre-Raimi Spider-Man "we know superheroes aren't serious" embarassment.

@Trey. I kind of agree with you on the Raimi Spidey movies but I think the Donner film simply had a sense of humor in general rather than being embarrassed of superheroes. Nolan's films strike me as being more embarrassed because it's over compensating for the inherent cartoonyness of it all just so damn hard.

Also Luthor eventually became the evil corporate puppet master in the comics but this was before that. If most of your major world conquering bad guy mojo is going to General Zod in the second one then I can see why they went the route with Luthor that they did. Making him a con man and shyster who can be both funny and ruthless at the same time.

@Reno - I never watched Lois and Clark. It came out at a time when I working 2nd shift, so I missed a lot of late night television during that era. I'll check it out if it ever appears on Netflix (and why hasn't it for that matter?)

@Britt Reid - the most amazing thing about those old Fleisher Brothers cartoons is the amount of work that was put into the animation. I've always been curious why they are in public domain. What happened there?

@MattComix - Well, I'm sorry I made you break your commenting fast, but glad to see you back here again! And I agree with you about the ending of STAS. I would have liked to have seen that series go on for a couple more years and perhaps use some of the classic 50's or 70's Superman stories.

@Trey - I agree with you about Raimi's take vs how superhero movies are done now. I think Bryan Singer's X-men was the turning point. Btw - Did you get Justice League: WAR?

"I've always been curious why they are in public domain. What happened there?"

When the renewals came due at the 28-year point (1969 or so, depending on the original release date), DC's lawyers thought the cartoons' distributor was handling the matter.
The distributor thought DC was doing the renewals!
OOPS!

OK, Here I go. lol
So I'll start with that Supes is by far my fav hero, but you knew that already, but I only started reading comics about a year before the New 52. You mentioned that when Man of Steel came out, some people hated and others loved it. I agree with this. I was one who loved it. I think there is a reason for this. I honestly think it stems from your age, and when you started reading. The difference between Batman and Superman is this, Batman is what he is. Everyone knows what he is and you either love him for it, or don't. Superman means a lot of different things to a lot of different people. There is a vast difference between the Golden Age Superman and the one you see in the New 52. That can be said for a lot of heroes, even Batman, but I feel like the gap is much bigger with Supes. Someone who grew up with Superman in the Golden age probably won't feel the same about Man of Steel as someone like me who pretty much started with the New 52. I'm just going make an assumption here and say that Britt as a huge Golden Age fan, and that is why he enjoys The Mad Scientist as his fav Superman flick.
My point is this, I don't think there is one definitive Superman Screen adaption. I think it depends on what Superman means to you. The only thing everyone can agree on is that movies that rank the lowest are Superman IV and Superman Returns.

@StevieB - my reply to your post got so long, I just make it the topic of today's post. - Jim

I recently watched the Superman 2 Richard Donner Cut. And thought it was pretty damn good. And after listening to fatman on batman, wish it were possible to see the original idea of the first 2 movies as single epic movie.