How would you make Superman more interesting?

Over in the comments section from last Monday's post, StevieB brought up this point:


In a lot of ways, I find myself agreeing with this sentiment, except that during the 40s and especially the 50's, there wasn't too much difference between the two characters. During the atomic age, they were both sort of average do gooders who had wacky adventures. 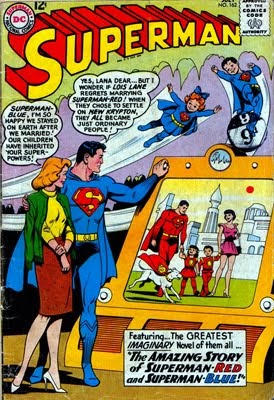 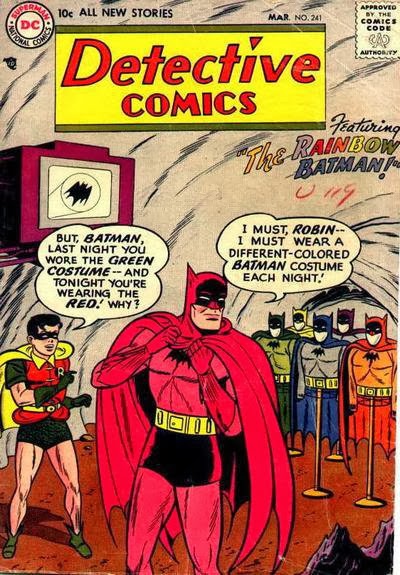 However, during the 60's, Batman started to get redefined. First with the 60's New Look Batman Era: during which Batman's stories took on a darker/edgier tone (for the time). 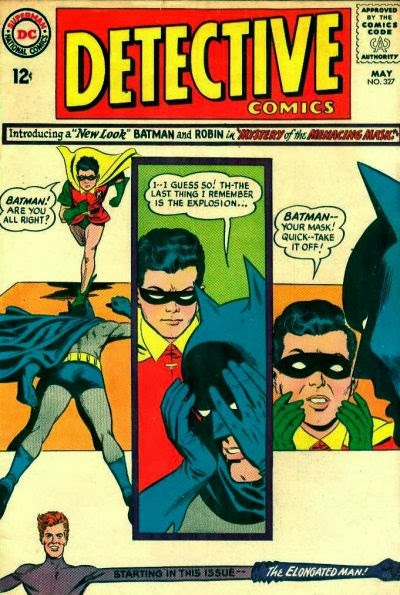 Meanwhile, Superman was about the same:

As the characters marched into the 70's, the divide grew even more vast.  Batman's personality was established in a way that resonated so well with fans that it became the guide for all modern stories. Going back as far as I can remember with Detective 439  Steve Englehart's Night of the Stalker, Batman was defined as a sort of relentless vigilante - and that definition has been thoroughly reinforced over the years. 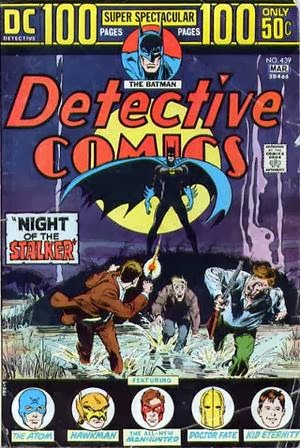 Meanwhile, Superman was still sort of stuck in average do gooder mode who had to rely on the gimmick covers and stories to keep readers interested: 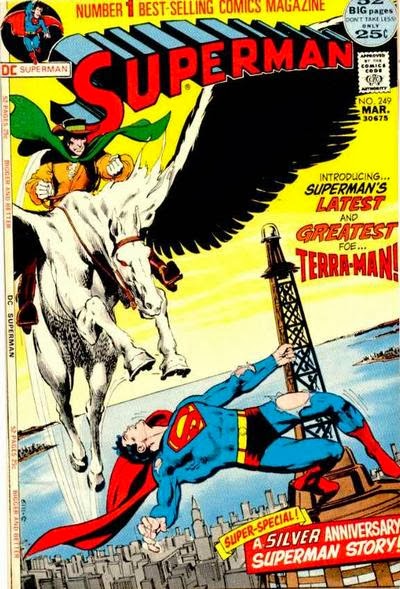 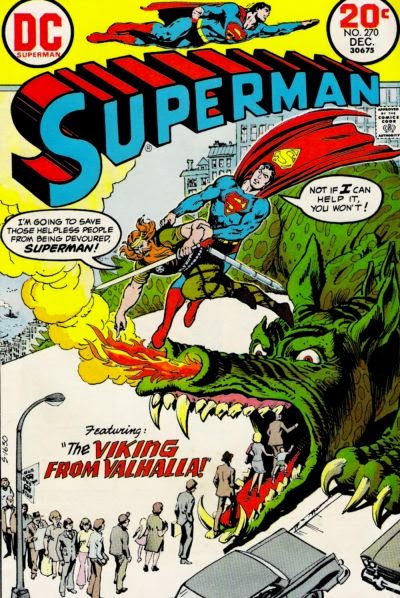 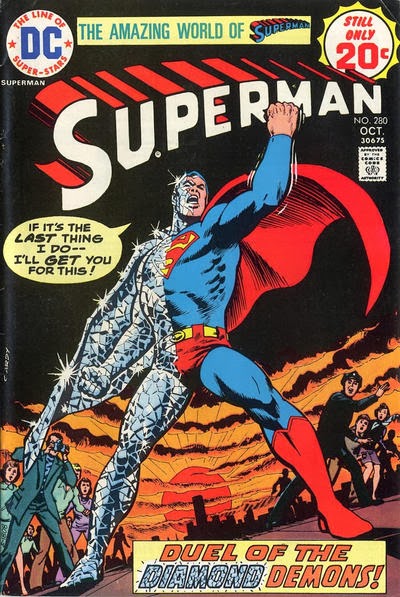 So while Batman was gradually becoming a truly modern comic book character, Superman fell out of step with contemporary storytelling expectations. Modern readers like their characters to identifiable personality quirks, but what are Superman's personal foibles and idiosyncrasies?

Thinking about it reminds me of a conversation I once had with legendary Disney artist Don Rosa. We were discussing the difference in popularity between Mickey Mouse and Donald and Uncle Scrooge. What we both decided was that the Duck characters were more popular because they had quirks (Donald's temper and Scrooge's avarice) 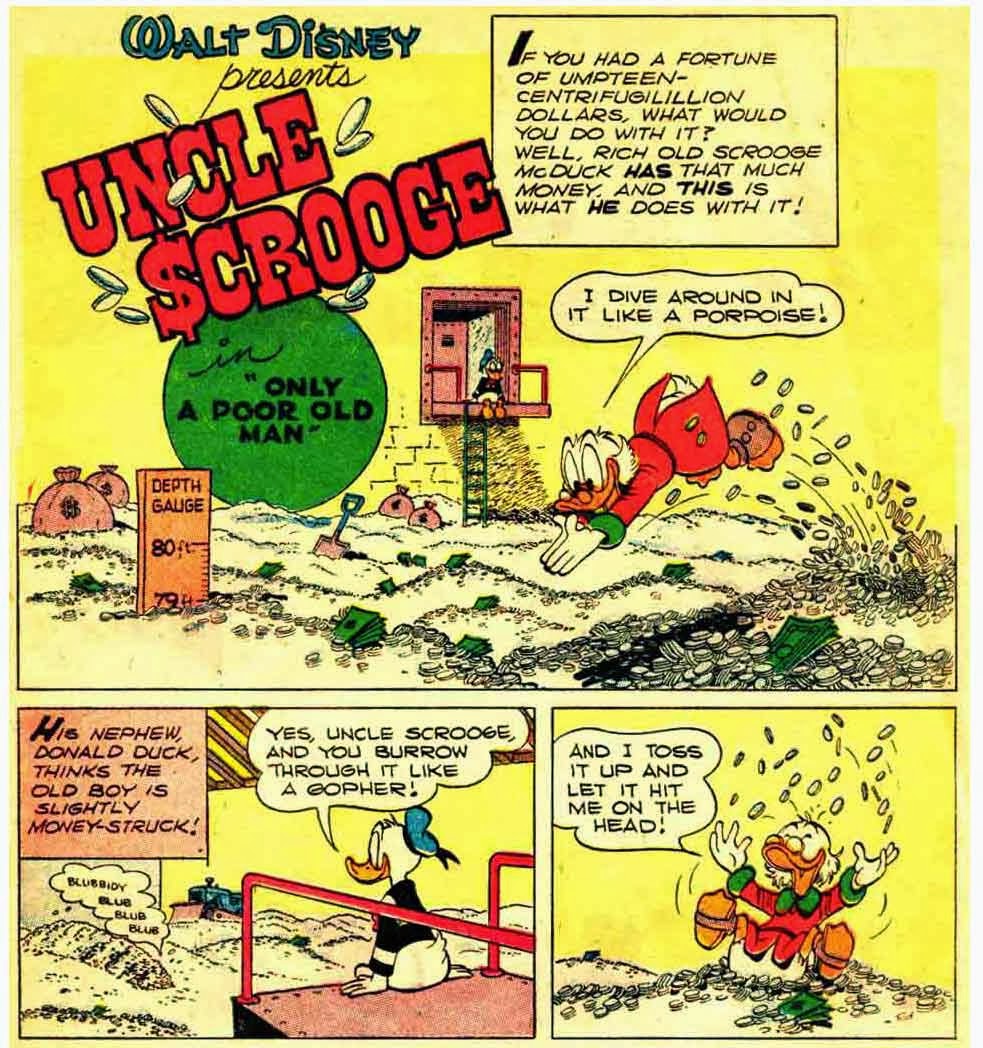 Mickey on the other hand doesn't really have any defining personality quirks.

Superman has the same problem. His comics don't really sell very well unless you put a superstar artist on the title. He needs his personality tweaked in a way that makes him more interesting. I think Geoff John's tried to do this in Justice League, but it didn't get much traction. Nor do I think that pairing him up with Wonder Woman is the solution. As a result, the Superman family books haven't fared too well since the DC 52 reboot. And Hollywood seems to have decided to redefine Superman in a way that doesn't seem to jive with a lot of fans expectations.

So, with that in mind, how would you make the character of Superman someone that resonates with today's readers?

I really like what was done in the Man of Steel movie (which I happened to watch for the first time last weekend). Move him into full on allegory mode.

Lex Luthor, a Post Humanist, snaps with envy. Perry, the cranky old man, gets a little faith that maybe the next generation is going to be OK. Government on a whole fails to live up to the ideals - even while some do the right thing and are ground down by the system.

And give him a rogues gallery that plays this up while still posing a credible threat to a guy with Superman's powers. Darkseid is the go to, because he represents inhumanity. Make the rest as rich. Mongul should be his unrepentant sinner. Give him a reactionary, racist, xenophobic Zod to contrast with his immigrant status. A relentless, inscrutable, insect-like race to be a foil his humanity. A JLA that will work with him, but only at arms reach, and that kind of fears him for his power and for keeping kosher and sticking with is one G-D... I mean sticking to his rigid moral code even when it's not as expedient.

I defy the very notion that he's uninteresting. I think it's only fashionable nihilism and the anti-fun philosophy dominating modern comics that has deemed him as such. One of the problems DC has is that they ALWAYS blame their characters rather than examine their own efforts.

They say things like "Superman is a hard sell." Bullshit.

However, as I talked about in my Flashback Five review of Post Crisis Superman coming at the character from the "he's Clark first" seems to be one of the best ways to get around some modern viewer/readers defenses and cynicism regarding him. If he thinks and feels as a human, even looking at his own alien heritage from that human perspective it gives the audiences an in. One of the positives of the MOS movie is that it takes that route but I think that has been over shadowed by the Zod kill and other problems with the movie.

It will be even more over shadowed by the total circus that the sequel is quickly becoming as the WB makes their mad scramble for that Avengers money.

Were it up to me I'd try to strike a balance between the best of the various ages of Superman while also bringing back more variety of his stories because not every Superman story can nor should be all about the villain fight. ..or hero vs. hero fights which is a whole other problem.

A good Superman series doesn't rely on the action being entirely from fisticuffs. Think about the double jeopardy play in the original Superman movie. Superman didn't punch anyone but was it not epic seeing him flying all around doing all those spectacular rescue feats?

It should have also sci-fi stories,romantic comedy, stories that focus on what Lois and Clark are into as reporters, various aspects of Clark's own life and heritage as well as the big epic superhero vs. villain action.

You can get awesome action and fights with Superman but he doesn't really fit the whole sort of metahuman WWE that Marvel and DC like cranking out nor the obsession with having the one and only tone which is of course all darkness, all the time.

@Anonymous - that's a different take on Superman. Going more allegorical would give you a whole new world of stories to play with. I think in some ways, it's what the Man of Steel movie may have wanted to do, but didn't have time. I wonder if the next movie will follow your outline.

@MattComix - here's the thing: I think the mainstream comic book market that has been cultivated today isn't really interested in a Superman title that's dallies in sci-fi, romantic comedy or explorations of alien heritage. What readers want today is big fight comics (which is probably why the best selling Superman comic in the last couple of decades was his initial battle and death at the hands of Doomsday.)

Now, Grant Morrison did some of the things you mentioned in All-Star Superman, but I'm not convinced that type of series would sell as a monthly title. That title started strong (120K) but by the time the last issue rolled in, it was at 70K - still MUCH higher than Superman or Action sell today. Currently both Superman and Action Comics just barely crack the top 50.

@Jim All Star isn't exactly what I was driving at. But since you mention it I think something no one ever talks about with it and Birthright is that both projects were meant to appeal to a broader spectrum but the artist I think are both miscast for this goal. Quietlys puffy wrinkly Superman might seem fresh to a longtime fan whose seen a billion artstyles but is going to look odd to first time readers. Superman has to appeal to more people than just the ever shrinking group willing to shell out for glossy fanzines and I think this can be done without pop collars or whoring him out to the lowest common demoniator. That doesn't have to mean skimping on the action but it does mean a Superman comic can't just be fight porn. There needs to be some balance.

@Matt - I disagree with your statement on AS Superman vis a vis Quietly, but only in that I'm not sure which direction you would have rather seen the art go. I don't think a more traditional, photo realistic approach would have worked. Maybe someone like Darwyn Cooke would have worked better, but I think the challenge when telling Superman stories with the same sense of wonder as the old 50's stories is that you have to sort of telegraph to the reader what your goal is, so they will be on the same page. If you make the art too much like what they expect to see in modern comics, they will wag their finger at you about how ridiculous the plot is. If people aren't in on the joke (as it were) they can't enjoy the project. Not many people remember this, but this was one of the initial problems with Joss Whedon's Firefly. A lot of sci-fi fans had a hard time with the whole cowboys in space idea. However, now that the show has joined the hallowed halls of fandom, you rarely hear that complaint from fans.

I will say this though - I think Quietly's art isn't what a mainstream audience is looking for. I think it has a following - a big one in fact, but he strikes me as a polarizing stylist in the scene much in the same way as Howard Porter (who I also like) seems to get some fans in a lather.

On the positive, I like Quietly's layouts which might account for a lot of his appeal. That I could see. I just have a hard time enjoying his figures.

Darwyn Cooke would have been awesome for All Star.

With Birthright how about Eddy Barrows for example? He's been wasted on stuff like Grounded IMO.

Grant Morrison is hit and miss with me and All Star itself is to. Sometimes his work just strikes me as the Silver Age by way of 2000 A.D.

I'm actually not a big Silver Age Superman fan but I also don't feel the need to demonize it either. I just lean more Bronze Age and early modern. I like some Golden Age stuff to as well as various other media versions.