What Kills a Hero: Duela Dent

Editor’s Note: Today Clayton picks up from part one of What Kills a Hero to bring some more ways he thinks characters can truly die.


Perhaps the fastest way a hero can shuffle off this mortal spinner rack is when a new writer comes in and wastes the characters potential. Nothing can destroy an interesting character faster than apathetic and/or unimaginative writers who fail to pick up the torch handed off to them by the original creator.

An example of this syndrome is one of my favorite character's from the Bronze Age, the Joker's Daughter from DC Comics. 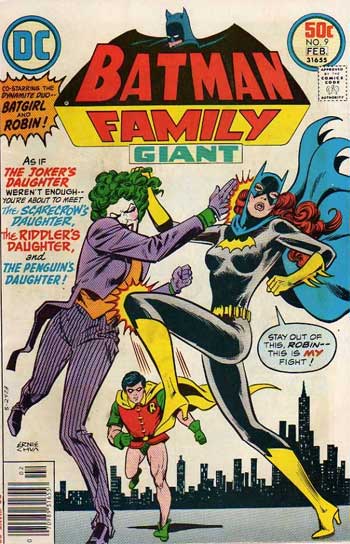 Created by Bob Rozakis during his Bronze Age run on Batman Family and Teen Titans, she was a fun character who claimed to be the daughter of the Joker, but was actually the daughter of Two-Face. Wanting to atone for her father’s crimes, she eventually took on the name Harlequin and joined the Teen Titans using an assortment of Joker inspired gadgets.

When Rozakis left DC, she was mothballed. And if that had been that, all would have been fine, but as other writers brought her back, her origin and personality would become more confused with each appearance. Her Post-Crisis appearances cast her as a middle aged mental patient who may or may not be suffering from schizophrenia. Each new appearance only served to diminish the original potential of the character. Eventually, she was (mercifully) killed in the pages of Countdown.

And while many people may think she didn't have much potential to begin with, I would ask them to examine the popularity of another Batman family femme fatale: 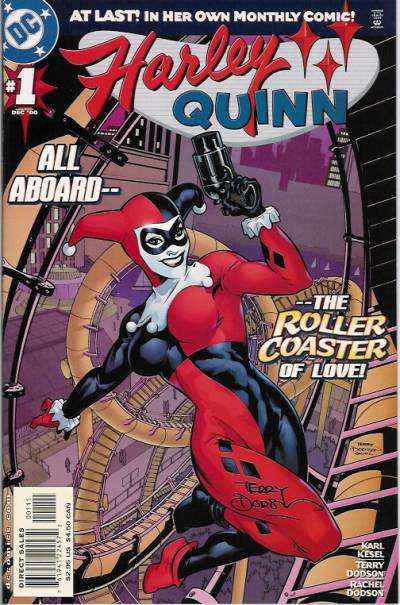 Harley Quinn is spiritually the twin of the Joker’s Daughter. True she is played for more sex appeal, but the Karl Kesel/Terry Dodson Harley Quinn series portrayed her in a way that echoed Duela Dent’s lighthearted first appearances. And I’m not the only one who believes that. Bob Rozakis has said this about the way the Joker’s Daughter has been written since he left DC:

I got a laugh out of it when I first saw it, but I thought they wasted the character. I realize that Marv and company didn't want her around anymore and felt they had to explain her away because of continuity, but they could have just as easily ignored her. Actually, I consider Harley Quinn to be a reincarnation of Duela


Recently, with the DC Relaunch of the Teen Titans, Duela Dent was mentioned as one of the characters DC was considering as a member of the re-imagined Titans team. For whatever reason, they decided against this. Perhaps this is for the best. Judging by the way DC has treated each new incarnation, I don’t know if I would want to see how they botch it again. :D

Good to see Duela Dent remembered. She's one of those interesting lesser ligths of DC history.

That's something it looks like DC missed with its relaunch: the chance to offer more variety with major character gender, race, etc. I mean, you are 'starting over' would it be so awful to re-image some of the main characters? Would a female Joker, Riddler or The Flash be so bad? A Native American Hal Jordan? Add some color (Hispanic, Asian . . .) to the JLA other than Cyborg? Take a chance other than collars on the uniforms. With the new Superman movie, I was half hoping they would cast someone like Oded Fehr (A little old I know) as Supes just to shake things up, modernize the look.

I actually missed that whole era where DC dissed her as I wasn't collecting comics at the time, but I fondly remember her from the old Batman Family comics.

I don't think I would have ever made the Duela Dent/Harlequin/Harley Quinn connection. I wonder how much inspiration she played (if any) into the creation of the animated character?