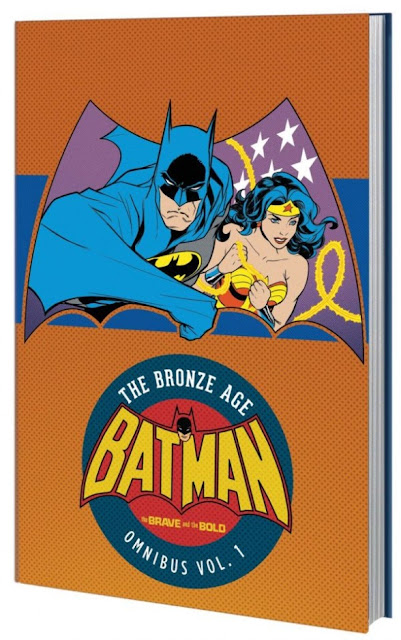 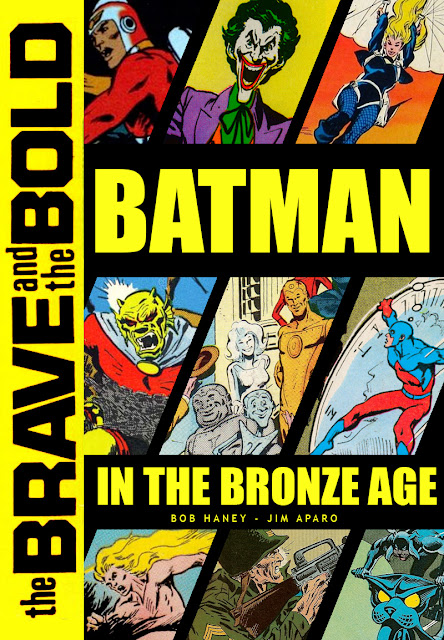 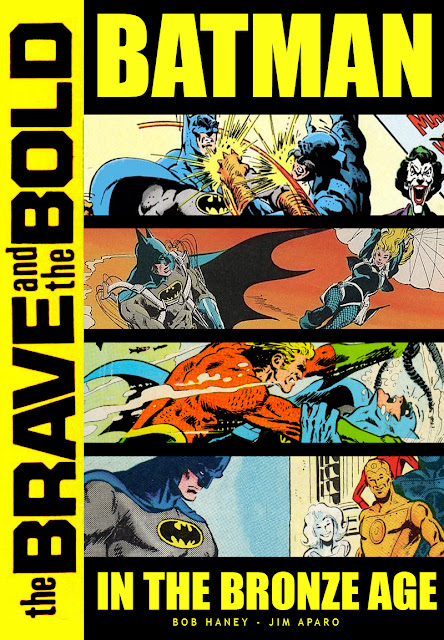 Nice! It seems a bit Watchmem-ish, though.

I think the DC cover was done to appeal to a none-comics reading market, with its (arguably) more "graphic design-y" approach. But then again, the main market for these kinds of things are the, shall we say, older comics readers. So I don't know what DC's marketing division is thinking.

Having the image of Batman and Wonder Woman in shape of the bathead logo is redundant if the actual bathead logo is right underneath it. Also don't know why the background is colored and textured to look kinda like a basketball. It's not graphic design so much as graphic..stuff.

I like your mock-ups Jim though I do wish there was a way to get the bathead in there with the montage of cover images. Or some way to create a Bronze Age style comic cover for it with a modern flare.

@Reno - yeah, I believe the publishing division probably handed this project off to someone who wanted to put their stamp of design on the book by creating a new look and feel for the series (a bit like they did with the DC Archive line) but here it was just a terrible fail.

@MattComix - "like a basketball!" I love it! Yeah, Trey suggested the color is supposed to represent Bronze, but it just looks sad. What I think is probably the worst sin of a cover like this is that the designer seems to have recklessly discounted that comic covers have literally decades of marketing data to prove their effectiveness in capturing their target market. All of that is cast aside so the designer can, I don't know, put together this static, unevocative cover.

@Jim Shelley. Not sure why "The Bronze Age" is even there let alone building the design of the cover around it. It's not like DC currently and consistently has had this title running. Besides the cartoon and very short-lived other attempt's the bronze age Brave and The Bold is basically the ONLY Brave and The Bold. The BA distinction just doesn't seem that necessary to me. It is (wonderfully) obvious the art in this comic is not from a modern series.

..and really why the hell would a designer not use years worth of awesome Jim Aparo art at their disposal for their cover design? You could pick one great image of Batman himself and have a montage of all the heroes he teams-up with behind him.

Batman and wonder woman is really famous characters of super heroes and people like to watch their series and movies to refresh their mind after too much best essays and books readings. But nowadays new comics becoming more famous and kids like them more.