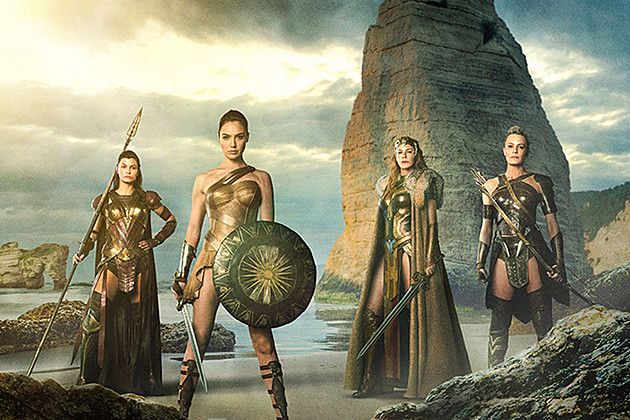 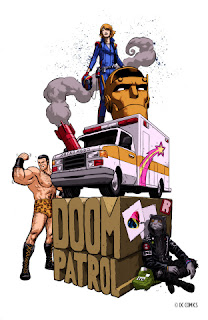 I hadn't heard about the Kamandi challenge. While I'm sure it will be a mixed bag, I bet there will be some cool stuff in there, too.

I wouldn't mind if the Wonder Woman movie was dark, just as long as it's a good movie. My complaint with BvS is not that it's grim and dark, but it just wasn't a good movie, with gaping plot holes and illogical things happening almost right from the get-go. Zack Snyder is the embodiment of style over substance.

That Kamandi news is top-notch. I'm excited about it.

I think the Gerard Way decision is a good one, from a marketing standpoint. Vertigo's market is different from the mainstream comic fans (at least it used to be), and Way leading the... way (haha) might be the shot in the arm Vertigo needs. I remember one time at my LCS when some teens were looking for the Gerard Way comic book (although they didn't know what the title was). It might help bring non-comic book fans into comic shops.

I think it depends so much on what lesson is learned and how that lesson is processed. Basically what is DC's take away from the criticism going to be? Will they really take an honest look at the problems of tone, storytelling and characterization? Will they actually take the moment to consider even for a brief blessed moment that maybe dark and cynical isn't the answer to everything (and stop drinking the Kool Aid that it's the ticket to making the genre respectable)? or will it just be "add x amount of jokes".

Well I finally managed to get to see BvS last week, and personnally, I thought it was a great movie. I still love Henry Cavill as Superman, Amy Adams as Lois Laine, and i really enjoyed Ben Affleck as Batman, although to be honest, I was watching it dubbed in French, so I have yet to hear Afflecks voice.

I loved the way they brought Diana Prince/Wonder Woman into the story, and personally I thought the character looked great, she was strong and already seems to have more interest in that she's tech-savvy, and already had dealings with mankind.

As a film, I thought BvS worked well, although it was a bit slow to get moving. And you do have to connect a few dots yourself (or create the links more like), but I went with my wife and kids and we all had a great time. Perhaps we're not demanding enough?

All said, I'm looking forward to a Wonder Woman movie, and I'm hoping that the big comic/movie companies don't feel the need to make all super-hero movies either grim and dark/funny and jovial/violent and full of lanugage. There's plenty of space for variety in the story telling.

@Reno and Trey - yeah, the Kamandi news is refreshing. Now the question is: Do you buy the single issues or wait until it's all collected?

@MattComix - I'm thinking you unfortunately nailed it when you said it will be the same old same old but now with X amount of jokes added.

@Crize2foi - yeah, I'm thinking more like you in that I also sort of wish there were more than just two options for Superhero movies.

@Jim - I've shifted to trades these past few years, so I've learned to be patient. Hopefully it does get collected!

Wonder woman is very famous super woman character and i will watch her new movie after custom written research paper. Because her actions are very famous and interesting and here is a nice post of her fans.