MonkeyTalk about Armor Hunters and Edge of Spider-Verse

Here is my second appearance on MonkeyTalk. This round of discussion between myself, StevieB, Trex (of Nerds of the Apocalypse) and Jeff (of PunkMonkey Comics) finds us discussing Valiant's Armor Hunter's mini-series (which I totally dug) and Marvel's Edge of Spider-Verse event (which I have mixed feelings about.)

If you are a fan of the old Valiant universe, I encourage you to check out the video as we give you are thoughts on the Armor Hunters mini-series and the new Valiant universe in general. 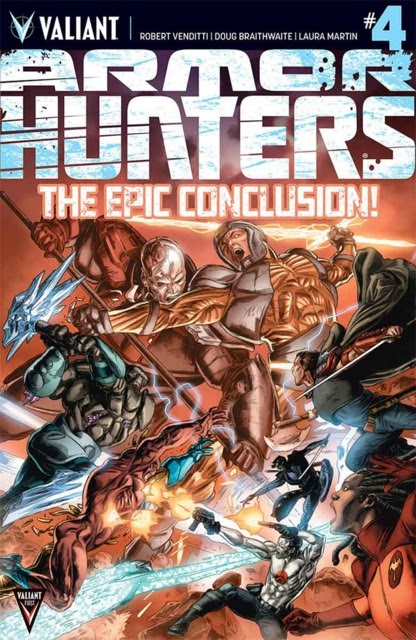 If you are a fan of the Spider-Verse, brace yourself. We have some positive things to say about the event prelude, but we also take the series to task on some legitimate shortcomings.