Marvel's big Spider-man event for this season is the Spider-Verse storyline, which involves a multi-dimensional threat to every incarnation of Spider-man ever presented. 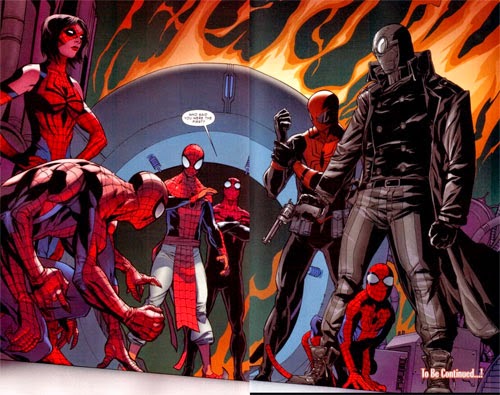 Normally, I shy away from events, but the prelude to this event was assigned reading for a podcast I'm involved in, so tried it out. (You'll get to see what I thought when the podcast is posted.) Reading the prelude caused me to reflect on what I think is a growing trend in modern comics to create Families for super-heroes.

First, where did this start?

While I'm not certain, I believe the first instance of a family of superheroes was Fawcett's Marvel Family (which was very popular). 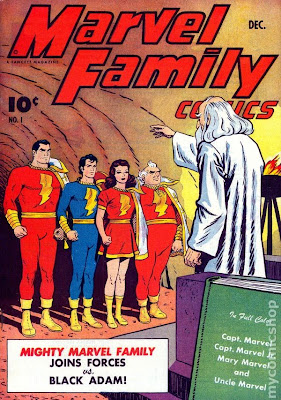 However, in the 50's, with the pressure to change the types of stories in comics, DC's Superman comics developed into a family of titles (Jimmy Olsen, Lois Lane, eventually Supergirl) which led to an actual Superman Family comic in the 70's... 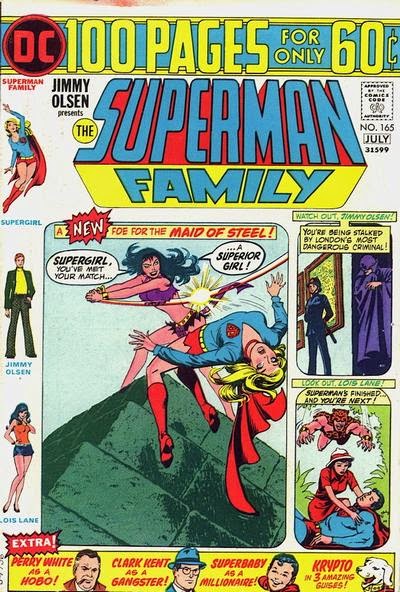 ...and a similar title for Batman. 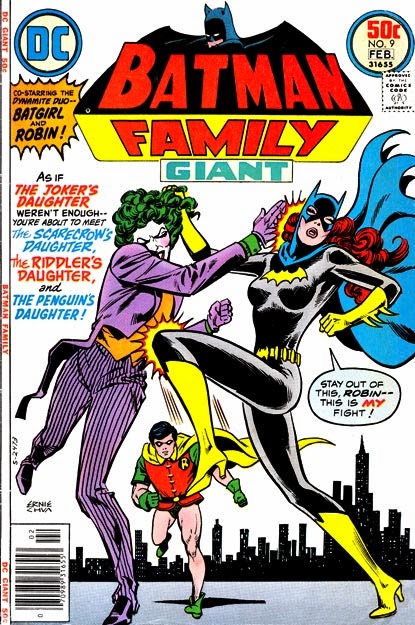 However, that sort of storytelling fell out of favor in the grim and gritty 80's. It wasn't until Mark Waid resurrected the concept in Flash that we would see an actual new family of superheroes. 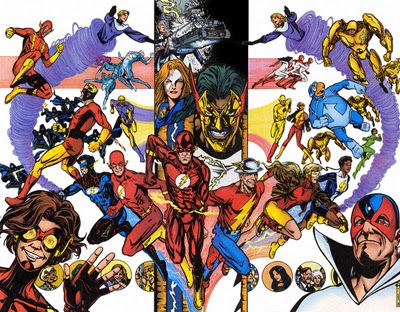 The next modern instance I think was in the Hulk titles 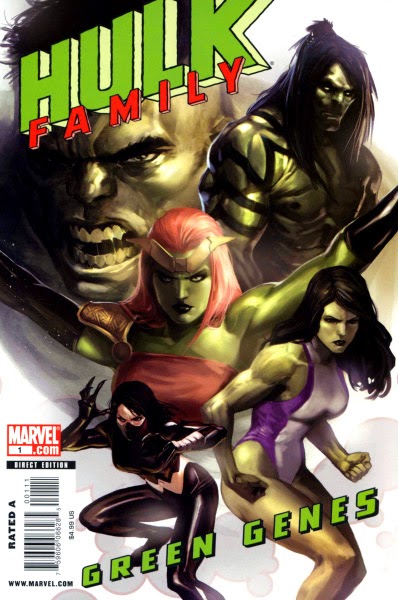 I could also see an argument being made that the the multi-colored lanterns of Geoff John's Green Lantern run were based on the family motif. (Though it's hard to say whether they are more toyetic or family based.) 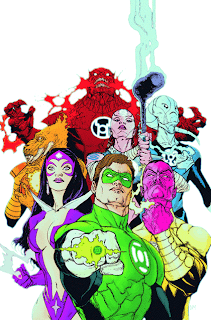 Possibly you could make the same argument for Grant Morrison's Batman Inc. run. (Though that's more of an homage to earlier family-like stories) 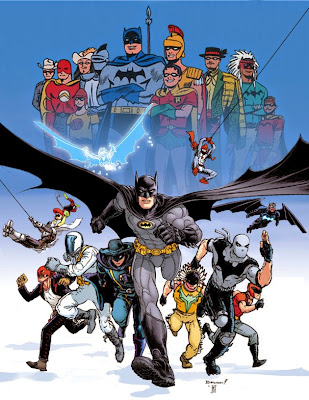 I think the family concept has generally worked better for DC heroes than Marvel heroes, as the angst driven storylines of Marvel comics tend to work against having any sort of family-like support network. IE: If Spider-man has a group of friends he can hangout with, it sort of undercuts his hardluck hero appeal. I think the family feel of the Clone Saga and an attempt to capitalize on some of its success (and it was successful early on) that led to this most recent Spider-verse event.

Now, with the success of the Spider-verse event (and mark my words, it will be a success.) I have to wonder will we see more comics like this down the pike?

DC's legacy approach of multigenerational heroes lends itself better to the family thing, I think. Of course, that may be something they've de-emphasized in the New 52.

Captain America is probably a character who could have a "family" book between his various side kicks/partners and his association with SHIELD.

I like the Batman Family as a kind of positive dramatic irony. A man starts a life long mission because of the loss of his parents and through the course of that life he gains a family around him.

@Trey - I thought about Captain America when writing this article and did a little digging on that front. There have been some instances (especially in Mark Gruenwald's run) to sort of build up a Captain America family of sorts in the 90's and more recently we've seen some of that with the addition of Isiah Bradely, the Winter Soldier and Jett Black. It wouldn't surprise me if some enterprising writer at Marvel didn't eventually put together a storyline that focused on Cap's extended family - much in the same way as Brubaker's run began with various members getting eliminated.

@Matt - yeah, I think that's one of the things that makes the Batman family work so well.

I admit that I have the Spider-verse books on my reading table ... but I admit to being a fan of all of the books you cited! :-)